South Africans say ‘no’ to exporting meat from endangered species

By NewsroomSeptember 10, 2020Law & legislation
No Comments 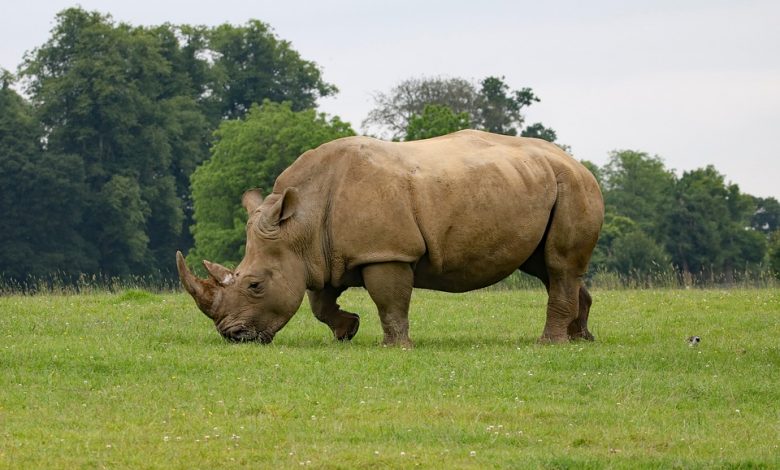 Strong public objections have been voiced regarding proposed amendments to South Africa’s Meat Safety Act which plans to expand the list of animals for slaughter and trade to include endangered species such as rhino, elephant, hippos, and more. Original photo as published by The Phoenix Sun.

More than 45, 000 people reacted to Dear SA’s campaign inviting comment on draft legislation allowing meat from endangered species to be added to the list of animals allowed to be slaughtered, consumed and traded.

The overwhelming majority of those participating in the campaign objected to government’s plan to expand the list of animals for slaughter and trade to include endangered species such as rhino, elephant, hippos and more.

The proposed list would also include undefined birds, reptiles and fish too.

Why did most of the public participants object to these amendments? Here is a sample of some of the comments:

‘It is unconscionable to slaughter and trade wild animals, especially endangered and near-extinct species like the rhino and elephant.’

‘The sale of any products derived from endangered species should be strictly prohibited. The sale of products creates a market for those products and if there is a market there will be poaching and exploitation.’

Dear South Africa’s Enviro Expert Coalition was formed earlier this year to provide expert input and guidance on policy and legislative matters relating to the environment and wildlife. One of its first tasks was to bring public attention to the proposed amendments to the Meat Safety Act, 2000 (Act No 4 of 2000) published in February 2020.

“The number of comments received and the strength of views expressed far exceeded what Dear SA anticipated for an otherwise routine legislative amendment that could have passed unnoticed,” said Chloe Roberts, spokesperson of Enviro Expert Coalition.

As a non-profit, the objective of the Enviro Expert Coalition is to enable public participation on environmental matters relating to legislation on a local, municipal or regional level. The scope of this coalition will cover all matters related to environmental affairs currently managed under the Department of Environmental Affairs.

“With the successful launch of our first campaign, we opened our platform to participants and received around 45 000 submissions which was an outstanding response. Our aim was to inform the public of the changes that were being proposed while supplying a platform where they could have their say and freely express their views around the suggested changes,” she added.

Roberts explained that many of the comments from the public were informed and passionate. Of particular concern to most, is the proposal to add species such as elephant and rhino to the list of animals suitable for human meat consumption.

Not only were some of the new species listed already endangered, but they are already considered highly commercialised in a conservation sense.

The Enviro Expert Coalition serves in a non-partisan capacity, seeking to inform public opinion rather than mount a petition. The feedback from the campaign has been compiled into a report which has been be submitted to the relevant parliamentary committee for consideration,” she continued.

Dear SA is a public participation platform enabled by Sections 59 and 72 of the Constitution, which compel the facilitation of public involvement in legislative processes.

It monitors legislative developments on a continuing basis to ensure that parliament is held to the standards of public involvement written into the Constitution.

Unlike petitions where citizens sign on to a particular demand or pleas, Dear SA makes no attempt to influence the outcome of its campaigns. Its process of inviting and collating public comments ensures that the individuality of each submission is maintained, compiled and delivered to parliament.

“Our group is eager to expand its network to include other organisations seeking to effect change for the better within our society by updating legislative procedures and ensuring that transparency prevails. We will be looking into new legislative amendments going forward as our focal point and will continue inviting the public and other organisations to get involved on matters close to their hearts. The environment should be preserved for future generations and the responsibility to preserve rests on our shoulders,” she concluded.