By NewsroomMay 4, 2021Conservation
No Comments 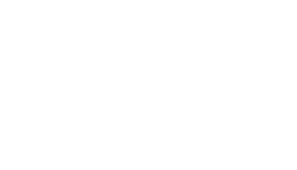 The lions are too weak to even stand. Image: As originally published by The Namibian Sun.

Namibia’s wildlife conservation has once again come under the spotlight of the international community after shocking videos were shared on social media about emaciated and starving lions in the Ugab area of the Kunene Region.

The condition of the lions was decried by international conservationists and activists on social media groups, describing it as a horror, tragedy and a crime against nature.

Because of hunger, lions in the Kunene Region, including the Huab lion pride, are moving closer to farmsteads in search of food.

In recent days these incidents have become more common and can lead to an increase in human-wildlife conflict.

Speaking to Namibian Sun, Izak Smit of Desert Lions Human Relations Aid (Delhra) said from Thursday to Sunday there were four such incidents reported. In the latest incident on Sunday, of which a video was shared on Facebook and other social media groups, a starving collared lion went into Mbakando in the Aneb Conservancy in search of food.

However, it was too weak to even stand up. The environment ministry shot the lion on Monday to end its suffering. It is unclear to which pride the lion belongs.

Smit says similar incidents were reported at Warmquelle, De Riet and at the Save the Rhino Trust Camp in Ugab in recent days.

According to him the last four lions of the famous Huab pride are also in a poor condition. “They are weak and emaciated.” Smit blames the situation on a lack of prey animals in the area due to hunting and overgrazing, on top of the prolonged drought in the region.

Spokesperson of the environment ministry Romeo Muyunda said they were aware of the situation and would issue a statement on the condition of the lions.