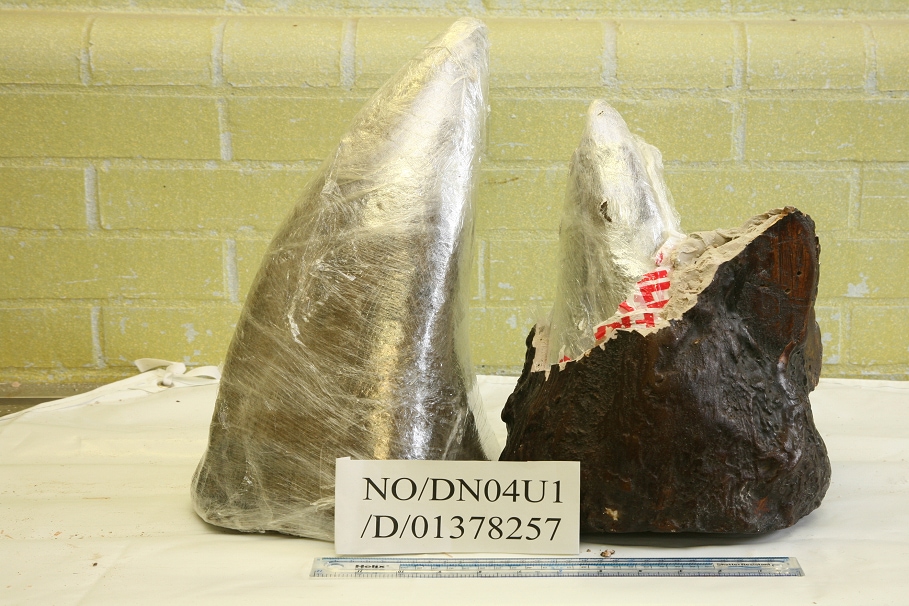 Prosecutors, police officers, international airlines and even diplomats in South East Asia have been working with criminal gangs to smuggle millions of pounds worth of endangered rhino horns through border crossings so they can go on to reach customers in China and Vietnam.

In turn, their participation in this already thriving criminal enterprise is strengthening corruption, under-mining governance along the supply chain and weakening security for affected communities.

The annihilation of the rhino by organised groups is deadly and stealthy but the complicit governments, lax laws and the corporate officers facilitating the trade are worsening the crisis.

And the Covid-19 pandemic, which has taken millions of lives across the globe, has not stopped them either.

Speaking exclusively to the Independent, under the condition of anonymity, a former undercover Thai police officer described the current climate of corruption.

He said: “I still believe that corruption is happening even during the pandemic because a lot of people cannot earn money like before when they could come to Thailand for work in the factories and things like that. But the effect of the pandemic has meant many do not have work and can fall into things like this.

The former officer, who previously worked undercover cases in counter-drug trafficking and organised crime for several Thai law enforcement agencies, said that during the pandemic criminals have found “loopholes” to keep business going even during lockdown and restricted travel.

“If we compare the illegal wildlife trade and drug trafficking during the pandemic – both trafficking still took place. If the drugs can be imported from our neighbour country to Thailand, that means the same will be possible for wildlife. So yes corruption, I believe is still on going even during this time in the pandemic.

“Why? Because a lot of people need money, more so during this time where jobs have been lost. It’s the same thing for the wildlife people, the wildlife trafficking, they would like to still get money and will not let anything stop them,” he said.

His comments come just weeks after a Thai zoo, Songkhla, made headlines when the Zoological Park Organisation of Thailand (ZPOT) reported it would be pursuing action against a zookeeper over exotic animals which have gone missing.

The case first dominated headlines in October, when Suriya Saengpong, the director-general of ZPOT, was shot dead by a zoo veterinarian as he went to follow up on the case of a missing rare albino deer.

Local media reported that the two men argued, after which the vet shot bullets at Siriya and then took his own life.

The killing shed light on possible corruption inside the zoo, where a number of exotic animals, including the horn of a white rhino have reportedly disappeared.

Such horns, which weigh between 2.5kg, are typically worth £45,000 on the black market.

Rhino horn is believed to treat a variety of ailments, ranging from temperature imbalance to cancer, by those who buy it. In fact all rhino horns are made from keratin, a protein also found in our hair and fingernails. Scientists have found no medicinal benefits from consuming the substance, other than mild fever-reducing qualities on a par with aspirin.

But the poaching and illegal trade of the horn – supplying mostly China and Vietnam – has decimated the global rhino population, leaving just 29,000 rhinos left in the world according to recent study by the International Rhino Foundation.

Under-policed and highly lucrative, international wildlife trafficking has become a low-risk trade and China is widely recognised as the world’s largest market for trafficked wildlife products.

At least 5,035 live wild animals were exported to the country from 2016 to 2019, according to a report published last year by the Ems Foundation, although it did warn this was a “conservative” estimate.

Rhino horns are often smuggled into the country through air or water transport but to move the products into China, “a large share of goods cross the border with Vietnam, with smaller amounts from [Myanmar], Malaysia, Laos, and India,” reported the United States-China Economic and Security Review Commission in 2018.

This is typically done either through a port of entry or across mountain trails.

China’s government has strengthened some of its laws and regulations in the past, however, notable legal, enforcement, and cooperation challenges remain.

And now, the Independent has partnered with Bangkok-based conservation charity, Freeland, which is dedicated to combating wildlife trafficking, poaching and habitat destruction, as part of its Stop The Illegal Wildlife Trade campaign.

The campaign, which was launched last year, seeks an international effort to clamp down on poaching and the illegal trade of wild animals, which remains one of the greatest threats to biodiversity in the future.

The charity’s founder, Steven Galster, said: “Corruption facilitates wildlife trafficking in almost every country, but rhino horn trafficking has corrupted more officers than we have ever seen.

“It’s more expensive than gold and cocaine, easy to conceal, and less risky to get caught with, due to weak laws. Everyone from front line customs officers all the way up to judicial officials and diplomats have been implicated.

“So, we have a long way to go to clean up the enforcement chain and stop this trade. But there is hope: honest customs officers, for example, who stopped, inspected, and arrested a corrupt senior prosecutor. And I know many more good officers who are sick of the corruption, but they need high level support to risk their careers and lives to stamp it out.”

Officials have yielded a profit of hundreds of thousands of pounds straight into their pocket through tampering with evidence, bribery, leakage from stockpiles and the continuous sentencing anomalies in the courts.

In 2017, several cases involving corruption and the illegal wildlife trade took place at Thailand’s major international airport, according to a report published by the Organisation for Economic Co-operation and Development (OECD).

In the same year, Royal Thai Custom officials seized over 20 rhino horns in the country’s major airport after two civilian travellers arriving from Vietnam and Thailand arrived at the same time as a flight from Ethiopia.

The pair proceeded to pick up two unclaimed suitcases containing illegal wildlife products from the luggage arrivals belt and were met by two police officers and a senior ministry of justice official who attempted to escort them and their suitcases through customs inspections.

But when questioned, a senior Thai official insisted that the bags contained wine and that they should not be inspected and then attempted to bribe the customs officials.

A total of 21 rhino horns weighing 108 pounds, traced back to Africa where the critically endangered species is widely hunted, were found inside the bags.

The incident led to the arrest of the two travellers and a senior ministry of justice official- they were sentenced each to four years in jail for smuggling and tax evasion. However, no corruption related laws were used to prosecute the official in question.

Some of these gangs work with airport personnel to clear their products through customs, while other groups exploit maritime ports and land border crossings.

Over the past three decades, there have been at least 18 instances involving North Korean diplomats caught trafficking rhino horn and ivory, according to the Global Initiative Against Transnational Organised Crime, a Geneva-based network of law enforcement, government, and development experts.

But a report from the organisation also warned the number of cases that slip under the radar are almost certainly higher – this is partly due to the fact that diplomats are often given blanket immunity from stop, searches and arrests which allows them to get away with smuggling illegal goods.

According to Freeland, another reason for a lack of action is because many wildlife crimes are committed online or on the phone, but only a small percentage of law enforcers are proficient and tooled up in digital intelligence, and the few that are may not possess investigation skills.

Speaking on whether there has been a push to tackle corruption at a higher level, Mr Galster, said: “Generally speaking, there’s this sort of good cop, bad cop kind of dynamic and we’re seeing more and more good cops teaming up with us in what seems to work in any country that we work in and that is the use of multi-agency task forces.

“So that’s what we try to develop, because it’s really hard for that corrupt person to get away with what they’re doing with that many eyes and ears – it just takes one of them to either purposely or accidentally leak, you know, the nefarious activity that’s going on.

“But it especially becomes difficult [for smugglers] when you bring in different uniforms. So if you have customs, police, anti-money laundering authorities all working against corruption and they start to meet and talk to each other about the same case, then they find something, the corrupt officers and criminals will get very nervous.

Analyst Michael Morantz, who previously worked on illegal wildlife trade at OECD and now tackles the financial aspects of crime at FATF, the global money-laundering watchdog, spoke to the Independent on the possible solutions of tackling corruption.

He said: “In a recent wildlife report at the FATF, following the money was the main objective. Whenever you bring rhino horn through an airport or across a land border, a corrupt border official or police officer may get a bribe to let the goods through or to even accompany the smugglers through a customs checkpoint. By following the money trail, investigators can track down those involved, even long after the crime took place.

”Corrupt officers are probably doing other things that compromise their integrity, involving other forms of illicit trade. All these activities raise red flags. Anti-corruption units and financial investigators’ suspicions can be triggered when a bank notices unusual deposits or when we see sudden unexplained wealth – such as new vehicles or properties.“

Mr Morantz, who previously worked at the Canada Border Services Agency where he coordinated international affairs for customs, added: “This is the other side of the same coin: What happens to the money, and how we trace profits going to corrupt officials, is the important ‘other half’ of tackling the illegal wildlife trade.”