Stray rhinos back in park (Zambia)

By NewsroomOctober 24, 2019Rescue and rehab
No Comments

The Zambian Department of National Parks and Wildlife has secured two white rhinos that had strayed out of Mosi-Oa-Tunya National Park in Livingstone and went as far as Kazungula district. The two female rhinos aged seven and five are Lubinda and Lucy respectively.

Ministry of Tourism and Arts Public Relations Officer, Sakabilo Kalembwe says the department made several attempts to herd them back to the park but they continued to drift further away from the park into apparent hot poaching spots in Katombora and Kazungula. 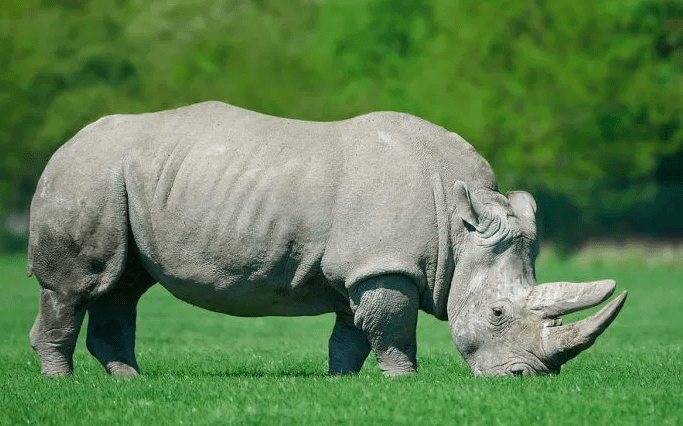 Original photo as published by Tumfweko.

Mr. Kalembwe says it was at this moment when the scale of threats of poaching and safety of the animals became more apparent that the department and other well-wishers put resources together to have the elusive rhinos safely returned to the park.

He told ZNBC News in a statement that the Wildlife Veterinary Unit of the Department was called in from Chilanga to quickly capture the rhinos and translocate them back to the park.

Mr. Kalembwe said the Unit expertly immobilized the rhinos, loaded them on a truck and transported them back into the park where they were released. He said Lubinda and Lucy have since joined the other rhinos in the park.

The Mosi Oa Tunya National Park has a total of 10 white rhinos. Mr. Kalembwe further said it is not clear why the rhinos left the park but the diminished natural food resources due to drought or climate change in the park cannot be ruled out despite the provision of supplementary food like hay and Lucerne.