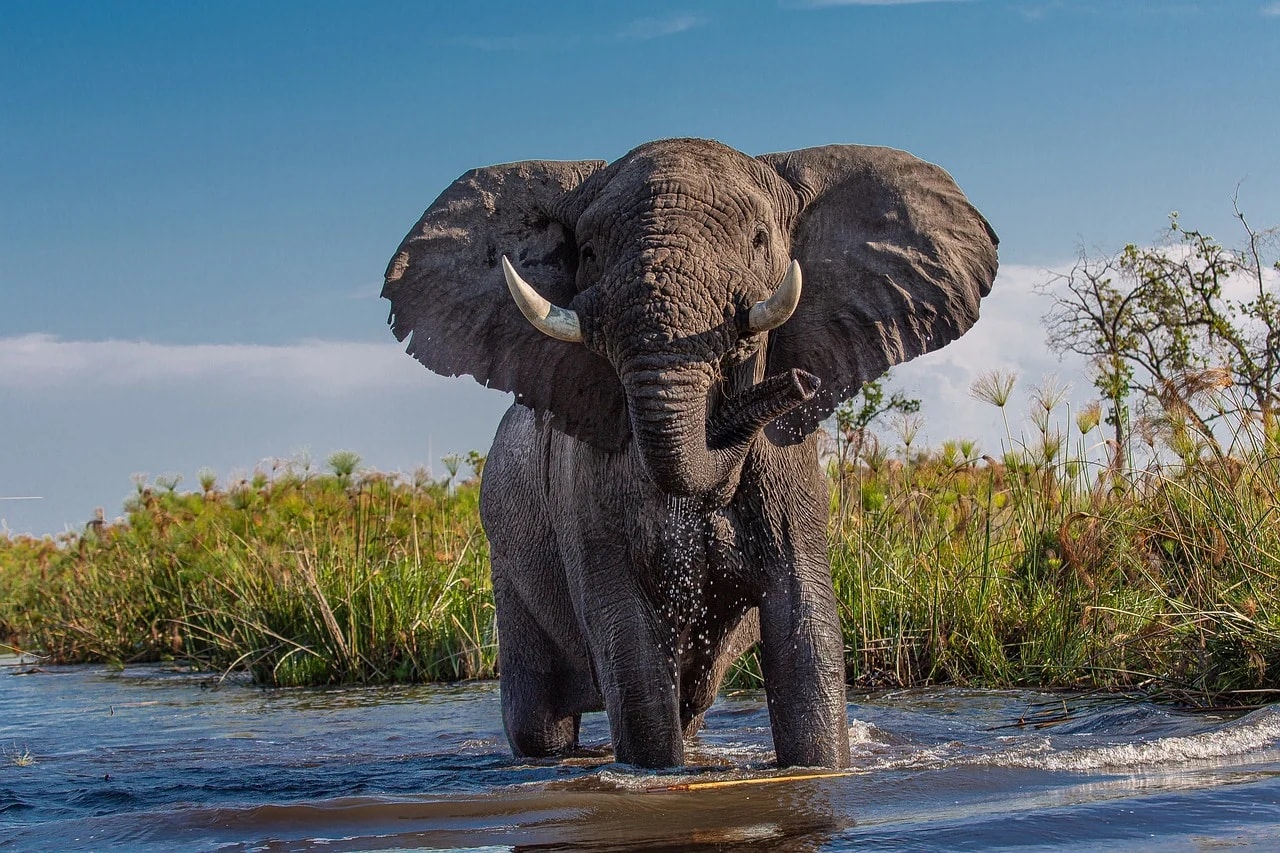 An ellie takes a dip to cool off. Image: Pixabay.