By NewsroomDecember 1, 2019Conservation
No Comments

“A rhino conservation site will be built in Aceh,” Head of Aceh Province’s Institution of Wali Nanggroe Malik Mahmud informed newsmen on the sidelines of his visit to the conservation site of Way Kambas National Park (TNWK) in East Lampung on Friday.

To this end, several representatives of the Aceh provincial and East Aceh district administrations conducted a comparative study on Sumatran rhino conservation from the TNWK’s and Indonesian Rhino Foundation’s (YABI’s) conservationists, he revealed. 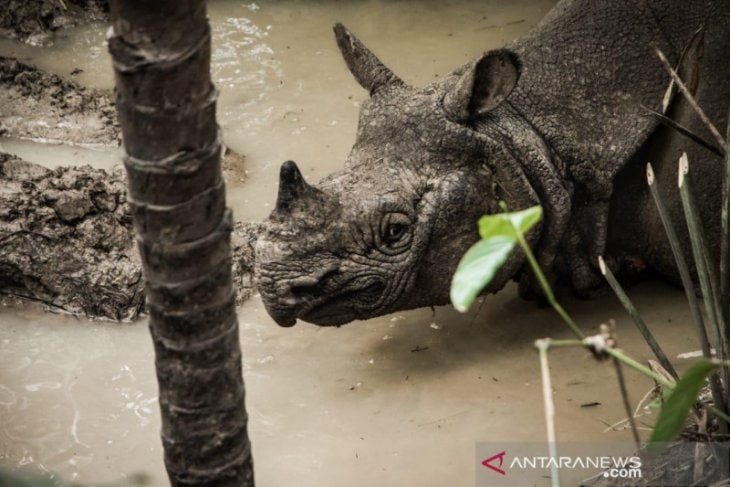 Led by Mahmud, representatives of the Aceh provincial and East Aceh district governments were able to gain comprehensive information from the experienced conservationists for two days since Thursday.

The TNWK and YABI’s conservationists were also willing to assist them in the development of the East Aceh-based Sumatran Rhino Sanctuary, he stated.

During the visit, these guests from Aceh Province had observed the Lampung-based SRS that currently tends to seven Sumatran rhinos. On Friday, they continued their visit to the national park’s tamed elephant training center.

In response to the Aceh provincial government’s plan to build a SRS, Head of the Way Kambas National Park Subakir welcomed and supported the good will since it would assist in the rhino conservation efforts.

Subakir expressed optimism that Aceh will be successful in running its SRS owing to the province’s available thick forests and abundant food sources for rhinos.

He forecast that the total Sumatran rhino population just reaches 80. Based on this factual reality, he highlighted the need to step up rhino conservation efforts to prevent them from going extinct.

Currently, no Sumatran rhinos are left in Malaysia. The Javanese tigers had also been declared “extinct”. Such condition must be avoided by undertaking best-possible efforts to save the Sumatran rhino, he emphasized.