By NewsroomJune 6, 2021Conservation, Education
No Comments 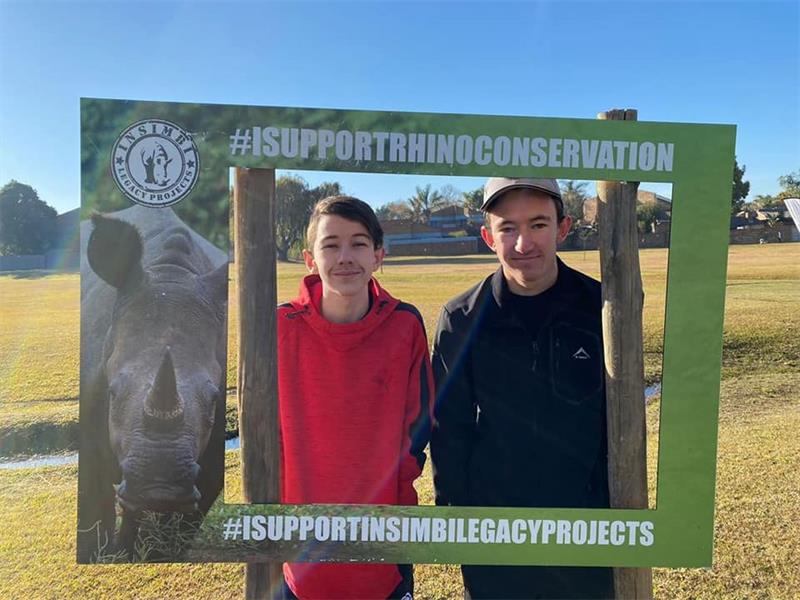 From about 10am to 4pm, the youngsters sold popcorn, Insimbi merchandise and collected funds for the organisation at the park in Sunward Village. The money raised will go towards the organisation’s anti-poaching unit and rhino fodder amongst other things.

According to Aiden, the event was a success, and they managed to raise about R 1 570 for Insimbi.

Carmela Lattanzi started the project to involve the public in the fight against poaching after one of her widely admired rhinos, Insimbi, was killed in 2014. She decided to invite the public to the reservation during the Adventure with a Cause (AWAC) weekends, which are organised once a month during a full moon.

“Aiden, who always had a passion for wildlife, explained that he went on an AWAC and got first-hand experience on how much it costs to protect rhinos.”

“I just want to help Insimbi raise funds and awareness of rhino conservation and my brother is helping me,” he added.

Lattanzi expressed her gratitude to Aiden for his support.

“We are thankful for his passion for conservation and love of rhino,” the founder said.