Survival of a subspecies: Hope for the northern white rhino

By NewsroomJanuary 18, 2020Conservation
No Comments

Najin and Fatu, two female northern white rhinos, are the last of their kind, but the “BioRescue” program is working to change that. In August, a group of scientists and conservationists harvested eggs from the two rhinos. Using semen from deceased male northern white rhinos, the eggs were artificially inseminated, and viable embryos were created. On Dec. 17, the procedure was repeated, and a new embryo was created, greatly increasing the chances of saving the subspecies from extinction.

Photographer Justin Mott traveled to the Ol Pejeta Conservancy in Kenya to document the December procedure as part of his ongoing project, Kindred Guardians. The project tells the stories of people who have dedicated their lives to helping animals. Mott first photographed the rhinos and their caretakers in April.

“I knew right when I arrived at Ol Pejeta and laid eyes on Fatu and Najin that this story was special and that this wasn’t going to be just a one-time visit,” Mott said. 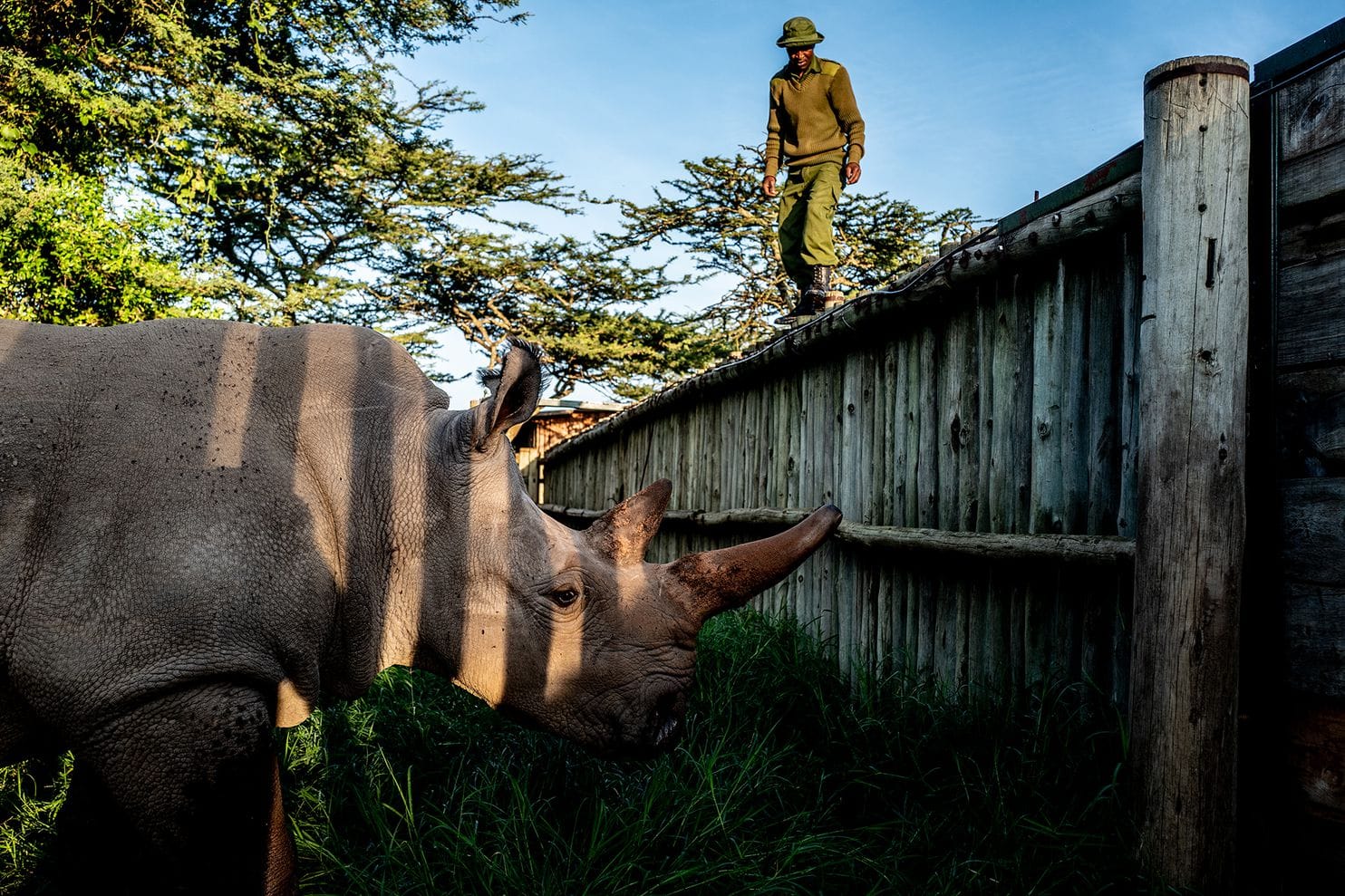 During the procedure, the animals were placed under general anesthetic. With an ultrasound to guide them, veterinarians used a probe to harvest three eggs from Najin and six from Fatu. The rhinos’ caretakers watched the whole time, holding onto their horns and petting them through the process.

“Zacharia, the head caretaker for Fatu and Najin, told me he barely slept the night before,” Mott said. “They were nervous, everyone was nervous, can you imagine if one of them happened to die during the procedure? The population of the northern white rhino would be cut in half and down to only one left on the planet.”

Although the BioRescue team was under enormous pressure, they were calm and collected during the procedure. Mott describes them as “the Navy SEALs of veterinarians.”

After the eggs were harvested, they were transported to Italy where the embryo was created. The embryo is being stored in liquid nitrogen, along with the two embryos from the first procedure. The next step would be for the embryos to be transferred to a southern white rhino surrogate mother with hopes for the birth of a northern white rhino calf. This crucial step in saving the subspecies may happen in 2020.

Although the rhinos are in a grim situation, the BioRescue program, a collective effort by the Leibniz Institute for Zoo and Wildlife Research (Leibniz-IZW), Avantea, Dvůr Králové Zoo, Ol Pejeta Conservancy and the Kenya Wildlife Service (KWS), is on the right track.

When Mott first photographed Najin and Fatu, he did not feel very optimistic about the survival of the northern white rhino, but now he says he is hanging on to hope by a strand.

“This situation is dire, as is the situation for many animals facing extinction. But being down to only two remaining it is so final. I must see this all through,” Mott said. “The BioRescue team encapsulates what my entire project is about. They are leading the attempt to save the northern white rhinos from extinction. Trying a Hail Mary pass, if you will. I’m also holding on to hope for a rare win in wildlife conservation. The world needs it.”