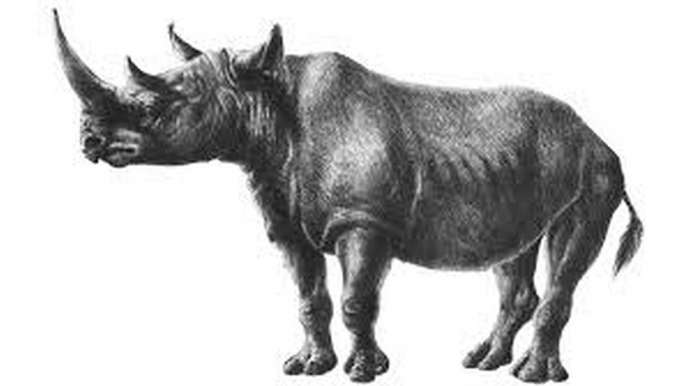 Last week one of the palaeontologists overseeing the construction site of the second railway track between Divača and Koper spotted bones that appeared as white stone.

It turned out that at depth of about 20 metres the excavator uncovered bones of an ancient rhino, who lived in the area at least 120,000 years ago, and perhaps much earlier.

Astrid Schwar from the Karst Research Institute, who first spotted the finding, stated for Delo that the bones must have been laying in what was once a Karst cave, since parts of stalactites and flowstone were found nearby. While a full skeleton has not been found, there is perhaps enough to be eventually exhibited once it’s excavated, examined and preserved.

Irena Debeljak from Ivan Rakovec Paleontological Institute examined the site last Thursday, and found about a four-centimetre-long tooth which she ascribed with some certainty to one of the three species of rhinos that lived in the area of the Karst in the Pleistocene era.

She stated for Delo that the tooth might belong to a relatively rare species of rhino in that time and area, Stephanorhinus. But before any conclusions are made, Debeljak continued, the tooth needs to be carefully cleaned of flowstone and examined.

The works at the second track will now stall for a couple of weeks until palaeontologists complete their work. Adrijan Košir, from the Geological Survey of Slovenia, said that the rhino, especially in such a good condition, is a rare finding, but will not significantly delay the construction works.