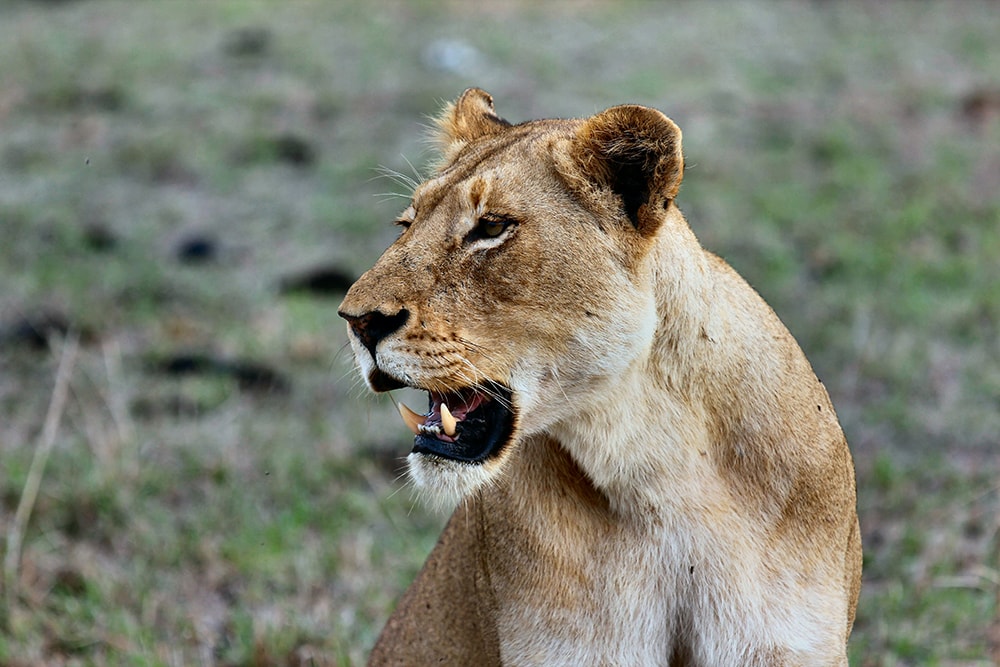 Rhino poaching gangs appear to have added a new and grisly commodity to their illegal wildlife shopping lists – the hacked-off faces and feet of wild lions.

A new study by wildlife researchers suggests a trend is emerging among poachers along the Mozambique-SA border in which lions are killed for their body parts, notably their teeth and claws.

Writing in the journal Biodiversity and Conservation, researchers Kristoffer Everatt, Rae Kokeš and Carlos Lopez Pereira warn that at least two recent shipments of lion teeth and claws poached in Mozambique were destined for Vietnam, while Chinese tourists were reported to be fuelling a similar demand for these products in Kenya.

Everatt and his colleagues said they reported the first cases of “harvesting” lion heads, faces and paws near the SA-Mozambique border in 2014 and that in all subsequent targeted lion poaching cases in the Limpopo National Park these body parts had also been removed.

“This increase in the removal of heads or faces and paws from lions in and around Limpopo National Park, along with the confiscations of lions’ teeth and claws at the Mozambique airport, indicates a recent demand specifically for lion canine teeth and claws.”

In all of the lion poaching cases in which only teeth and claws were taken, the poachers involved were working on foot.

“In such a situation it is likely that poacher’s selection for teeth and claws over removing full skeletons is a way of optimising their return while reducing the costs. It is also possible that established rhino and elephant poaching syndicates and traders already operating in the region have simply added lion parts to their list of illegal wildlife products.

“This hypothesis is supported by interactions we documented between lion and elephant poaching which included the use of poached elephants as bait to kill lions and a seized shipment containing a mix of elephant ivory with numerous lion teeth and claws destined for Vietnam.”

Everatt acknowledges that while the study is based on a limited number of poaching cases adjoining the Kruger National Park, he believed the sudden trend should be reported in light of the potentially “devastating impact it could have on other lion populations across Africa”.

“We strongly recommend that African governments, protected area managers, conservation organisations, researchers and the global conservation community be vigilant and quick acting towards addressing this emergent and serious threat to wild African lions, and other big cats.”

The study also draws a potential link between the latest trend in teeth and claws and SA’s increasing role in exporting lion bones and other lion products to the Far East.

In a ruling late in 2019, Pretoria High Court judge Jody Kollapen held that SA’s lion bone export quotas for 2017 and 2018 were unlawful.

At a continental level, researchers estimate that Africa’s total population of wild lions has plummeted to somewhere between 37,000 and 20,000 – compared with more than 400,000 in the mid-1950s.

SA has a population of about 3,000 wild lions and well in excess of 6,000 captive lions which are bred by the hunting and lion bone industry.

We strongly recommend that African governments, protected area managers, conservation organisations, researchers and the global conservation community be vigilant and quick acting towards addressing this emergent and serious threat to wild African lions, and other big cats.

In his judgment, Kollapen voiced concern over the apparent lack of consideration towards animal welfare issues in deciding on export quotas and also noted that SA predator breeders initially sought an annual lion bone quota export of 3,700 skeletons.

The SA Department of Environmental Affairs, Forestry and Fisheries later announced a 1,500 skeleton quota for 2017 and 800 skeletons for 2018.

“What in essence occurs is that the quota is signalling to the world at large and the captive lion industry in particular that the state will allow exports in a determined quantity of lion bone,” said Kollapen.

“It cannot be correct to assert that such signalling can occur at the same time as indicating to the world and the industry that the manner in which lions in captivity are kept, will remain an irrelevant consideration in how the quota is set … Simply put, if as a country we have decided to engage in trade in lion bone, which appears to be the case for now, then at the very least our constitutional and legal obligations require the consideration of animal welfare issues,” the judge said.

Last week, four men were arrested in Mabule village in North West for alleged possession of lion bones. Police said the animal was reportedly killed in Botswana and the suspects allegedly transported the bones to SA to find a buyer.

Last October, police also arrested two Zimbabweans and a Congolese and confiscated more than 340kg of lion bones that were seized at OR Tambo International Airport en route to Malaysia.

According to Michele Pickover, head of the EMS Foundation animal welfare group, the growth of SA’s lion bone trade has created a parallel market for other lion body parts including claws and teeth.

Asian tigers have long been used for traditional medicine and other purposes, but as their numbers decline this has fuelled increased demand for African lion body parts as a substitute.

Pickover fears this demand could have dire consequences for Africa’s wild lions, especially if well-organised rhino horn syndicates operating from SA add lion to their operations.

The department of environmental affairs, forestry and fisheries has not responded to requests for comment on the latest study on lion body-part poaching.

“If there is ongoing demand for lion bone and the supply from captive breeding facilities is restricted, dealers may seek alternative sources, either through illegal access to stockpiles or by poaching both captive bred and wild lion.

“South Africa has learned through its experience with rhino and abalone poaching that these illegal supply chains are very difficult to disband once they become established, and seeks to avoid such a scenario materialising,” the department said.

According to the latest lion poaching study in Limpopo National Park, Africa’s wild lion populations are estimated to have declined by approximately 43% over the past 21 years.

Everatt and his colleagues documented at least 49 lion killings in the Limpopo, Kruger and Banhine national parks between 2011 and 2018. They said there was also a noticeable increase in the use of poison to kill lions from 2013 onwards and that all targeted lion-poaching events involved poisoned meat, baited snares or traps. 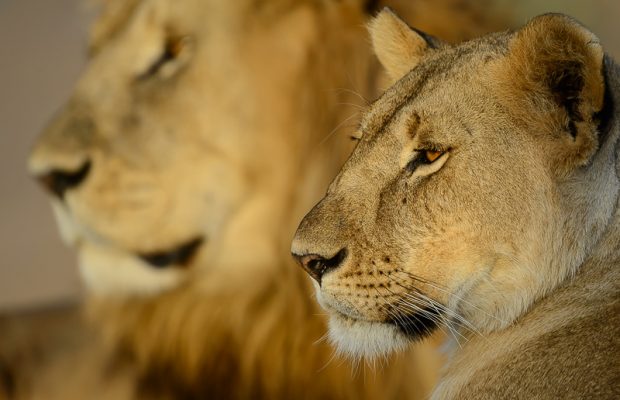 JOHANNESBURG, SOUTH AFRICA: The Rhino and Lion Nature Reserve in the Cradle of Humankind will no longer be offering cub petting to the public, with immediate effect.

For 30 years, the Rhino and Lion Nature Reserve has shared its love of wildlife with South Africans and visitors from across the world. But times have changed. Under the new ownership of the Bothongo Group, the reserve is refocusing its efforts on animal welfare.

“As new owners, we have acknowledged that what was acceptable in 1990 when the reserve first opened to the public, may no longer be acceptable in 2019,” says Jessica Khupe, Rhino and Lion Nature Reserve Brand Manager.

“Human beings have always wanted to get up close and personal with wild animals,” says Khupe.

Understandable as this is, studies have shown that it is not good for animal welfare.

“Recent campaigns have highlighted the global problem of cub petting and unscrupulous operators both locally and abroad. Simply put, it is not necessary to touch an animal to connect with the importance of wildlife conservation. We’d also like to make it very clear that we are utterly opposed to the abhorrent canned hunting and lion bone trade.”

Recently appointed Chief Operations Officer of the reserve, Mike Fynn, explains: “Breeding and rearing animals for the purpose of cub petting and interaction is not only undesirable from an animal welfare perspective, but it’s also not a sustainable business model. From now on, we will focus on educating the public about wildlife and the importance of conservation. This is why, with immediate effect, we choose to put a stop to cub petting at the Rhino and Lion Nature Reserve and sincerely hope that other facilities responsibly follow suit.”

Over the past few months, while under new stewardship, the reserve has initiated a three-year plan to upgrade all of its public facilities, habitats and wildlife enclosures, which will be remodelled around the welfare and wellbeing of its animals. Many of them are species that are endangered, thanks to human activity and habitat loss.

According to Fynn, the reserve team will dedicate themselves to a new internal mantra of being a ‘nurture reserve’.

In addition, he says they will commit to the following:

· We will strive to maintain a healthy, genetically diverse and contented animal collection, and we will work with local and international institutions and bodies ensuring that we play our part in managing the long-term survival of endangered and threatened species.

· We pledge not to sell or exchange any of our animal family, especially our lions unless it’s to a reputable accredited facility and/or licensed wildlife institution.

· We will breed animals only if this serves a conservation purpose.

As animal lovers, we understand how charismatic African wildlife is. But the truth is that our love for our animals may inadvertently harm them, even though we don’t mean to.

“To those of our visitors who are disappointed that they can no longer cuddle a lion cub at our reserve: this is the right thing to do,” says Khupe.

She adds that she’s excited about this new journey: “We take the opportunity to re-welcome the greater public, wildlife stakeholders, tour operators and travel agents to actively support our reserve as it evolves into a BIG, must-see destination, that provides an authentic and informative wild animal experience for generations to come. Our wildlife family now has a voice again.”