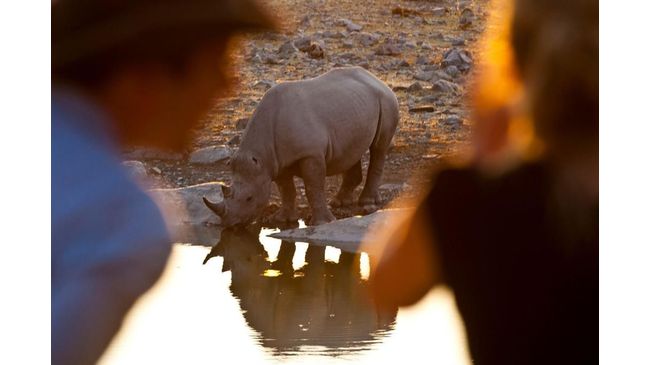 While two suspects in a multimillion-dollar rhino-horn theft case were released on bail this week, an alleged poaching kingpin was denied permission to appeal against the refusal of his bail application.

Petrus Shihepo Shimuningeni has been fingered as the mastermind behind a poaching syndicate which targeted a private game farm near Etosha National Park in the Kunene Region, where at least 13 rhinos have been poached this year.

The same farm owner, who is licensed by the government to keep horns removed from living rhinos, was also the target of gang of thieves in August this year. They stole 34 rhino horns, valued at an estimated N$100 million, which he had kept at a second farm near Outjo. The horns were from rhinos which he had dehorned in an attempt to protect them from poachers.

The farm owner discovered on 11 August that the farmhouse had been broken into during his absence. Besides the 34 rhino horns, the burglars got away with three firearms, cash and jewellery.

Five suspects in the theft case were arrested. On Tuesday this week, Herman Paulus Pendapala and Petrus Ipinge were granted bail of N$30,000 each by the Windhoek High Court.

The head of the Blue Rhino task team, Deputy Commissioner¬ Barry de Klerk, has indicated that the State will appeal against the court’s decision to grant them bail.

Shimuningeni was arrested on 10 February. He was charged with the illegal hunting of a white rhino cow and a black rhino bull at the private game farm near Etosha National Park in December.

Shimuningeni allegedly also financed and provided four co-accused with transport and weapons between 20 and 30 December 2018.

Shimuningeni owns a restaurant, bar, mini-market and overnight facilities between Ondangwa and Ongwediva in the Oshana Region.

In support of his appeal, Shimuningeni claimed that he had been in Swakopmund between 20 and 30 December 2018 and nowhere near the farm where the two rhinos were poached.

Shimuningeni said there was no evidence that he had transferred money to one of the co-accused as alleged by the State.

He also claimed that one of his co-accused had incriminated him during the bail hearing because he had been tortured by the police and forced to make a false statement.

His application to be granted bail of N$5,000 was refused by Acting Judge Eileen Rakow on the grounds that police investigator Daniel Katipi had presented convincing evidence that Shimuningeni had played a leading role in the smuggling of rhino horns. Katipi had testified that the police considered Shimuningeni to be the kingpin in a rhino-poaching syndicate and that there was strong evidence linking him to the crime.

Rhino poached outside Makhanda in the Eastern Cape (South Africa)

By Newsroom Antipoaching, News No Comments

A rhino bull was found dead on a game farm outside Makhanda on Tuesday afternoon. This marks the second poaching in the province in 2019.

The dead rhino was found on game farm about 40km from Makhanda, formerly called Grahamstown – along the Bushmans River.

Officials confirmed that the rhino, believed to be about four years old, had been dead for several days. It is believed the died from septicaemia after being shot.

“The rhino was discovered yesterday but the incident is suspected to have taken place on Sunday. The rhino died yesterday,” she said. 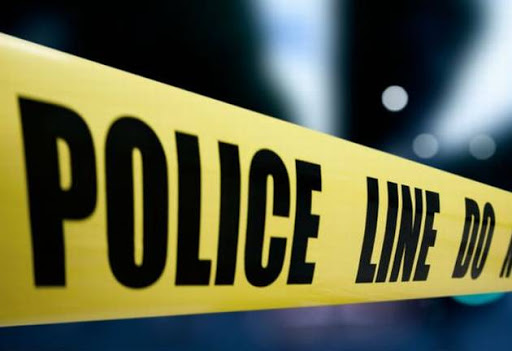 Acting provincial commissioner major-general Andries Swart said: “All the roleplayers will visit the scene to collect any evidence that may lead the investigators to the perpetrators.”

The lodge owner, who asked not to be named, declined to comment. The incident is still recorded as a poaching even though the horns were not removed.

This year, a rhino was poached at the Shamwari Game Reserve in February.

It was the third rhino killed on the Shamwari Game Reserve since mid 2018.