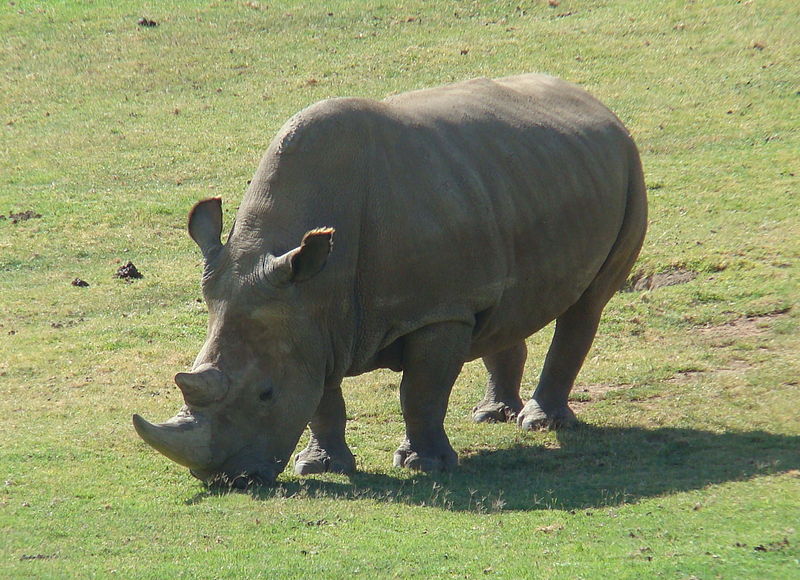 For the seventh episode of his BBC show, “Seven Worlds, One Planet,” Sir David sent cameras to the continent of Africa, home to more than a billion people who speak 2,000 different languages. However, the legendary presenter, now 93, surprised viewers when he made a rare onscreen appearance for the first time in the series, coming face-to-face with a pair of white rhinos. This was not trivia though, he did so to deliver a serious message about the impact humans have had on this region.

He said on Sunday night: “Of all of Africa’s wildlife, it is the rhinoceros that has been most affected by poaching. “In the Far East, its horn is used as traditional medicine.

“All of Africa’s rhinos are now under threat, but for one subspecies it might be too late.

“Scientists are working on a solution, but no male now survives, so natural breeding is impossible.

“These two females are the last of their kind.”

Sir David went on to explain the impacts on the entire continent. He added: “When they die, an entire subspecies that inhabited the Earth for millions of years will disappear forever.

“Right across Africa, human beings are having a devastating impact on all wildlife.

“Cheetah numbers are decreasing year on year, today, there are fewer than 8,000 left on the continent.

“The global demand for pangolin scales for use in traditional medicine has now made them the most trafficked animal on the planet. “And western chimpanzee are so threatened by the loss of their habitat that they are now critically endangered.”

Sir David then made an appeal to viewers. He continued: “Deforestation – and not only in Africa – continues on an enormous scale, 64 million acres of forests are destroyed every year.

“An area of forest the size of a football field is disappearing every second. “Climate change is affecting global weather patterns, rainfall is increasingly unpredictable, average temperatures are soaring.

“But, with help, even the most vulnerable can recover.

“This is a crucial moment in time, the decisions we take now will influence the future of animals, humanity and, indeed, all life on Earth.”

Sir David previously explained why he still gets the same buzz from making documentaries and hopes it will inspire others.

“He explained: “It is extraordinary. “At the time people thought we were cranks but suddenly, after Blue Planet II, you hit the right note. I’m thrilled that we’re about to share this incredible series with the world.

“Seven Worlds, One Planet celebrates the variety of life on our planet while also shining a spotlight on its challenges.”

The seventh episode of Seven Worlds, One Planet was aired on BBC One on Sunday, December 8, at 6.15pm.
Viewers can now catch up with each instalment in Ultra-High-Definition (UHD) on BBC iPlayer.