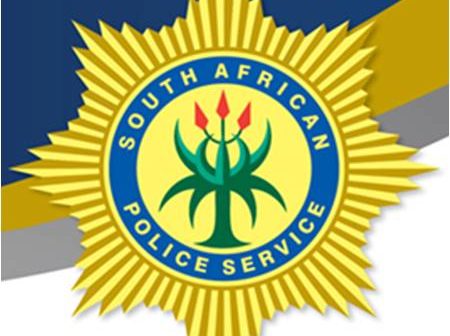 A hunting rifle found stashed in the tailgate of a bakkie intercepted outside Makhanda in July 2018 had been used to shoot animals in Kragga Kama and Shamwari game reserves. This is among the evidence being led against six men facing rhino-poaching charges in the Grahamstown High Court this week.

East London residents Francis Chitiyo, Trymore Chauke, Misheck Chauke, Simba Masinge and Nhamo Muyambo, and Abraham Moyane were arrested in July 2018 during Operation Full Moon – the Eastern Cape Rhino Task Team’s code name for its anti-poaching operations. All six have since been in custody. They are accused on four counts. The first two fall under the riotous assemblies act – statutory conspiracy to commit a restricted activity involving rhinoceros, and conspiracy to steal rhino horn. The second two counts are under the Firearms Control Act.

“I placed the firearm in the vehicle and so I plead guilty,” was Trymore Chauke’s statement read out by Viwe Mqeke of Mqeke Attorneys, who is representing him and Chitiyo.

Court documents describe all except Moyane as Zimbabweans ranging in age from 23 to 31. Xitsonga and Shona translators are interpreting proceedings.

State witnesses listed in court documents are all members of the South African Police Service. They include senior officers and veteran rhino-poaching investigators Captain Mornay VIljoen, head of the Jeffreys Bay based Stock Theft and Endangered Species Unit, and Grahamstown Detectives Group Commander for Serious and Violent and Economic crimes, Captain Francois Vos, as well as officers from the local Criminal Records Centre.

The trial is set down for two weeks in the high court in Makhanda under Judge Gerald Bloem.

Opening the State’s case, Coetzee said much of the evidence was not in dispute.

Coetzee summarised the State’s evidence admitted by the court, including that the bakkie in which the hunting rifle was found, was registered in Muyambo’s name and was driven by Chitiyo; the rifle’s serial number was erased and was found with a silencer and rounds and none of the accused was licenced to be in possession of a firearm or ammunition.

Ballistics had determined that the rifle had shot animals at Kragga Kama and Shamwari game reserves.

Cellphone records and photographs are among the other evidence that forms the State’s case.

Stamper noted that Muyambo maintained that while he admitted he had been found in possession of three cellphones at the time of arrest, he did not admit using them prior to his arrest.

The State’s first witness was Vos, who has had had 30 years service and is a member of the Rhino Task Team. The task team had been established following an increase in rhino poachings in the Eastern Cape from 2016 onwards, Vos confirmed.

In his evidence, he said he’d been travelling with Viljoen on the N2 between Peddie and the Fish River, following a tip-off that two vehicles were en route to a rhino-poaching operation.

They’d seen the one of the vehicles, the white Isuzu, stopped outside the Frasers Camp[ shop, 40km outside Makhanda. Travelling further, they saw the second, a silver Ford Ranger, passing. They did a U-turn to follow it.

They eventually came upon the vehicles 10km outside Makhanda, the Ford Ranger towing the Isuzu, and a stop and search operation was conducted.

Along with the hunting rifle, which was dismantled and wrapped in black plastic bags, were knives, backpacks containing overalls and shoes, 10 cellphones and yellow-handled axes, along with receipts for the axes.

Vos described in meticulous detail the authorisation procedure undertaken for the stop and search operation, as well as the detailed police records of every stage of the search, including the stage by stage unwrapping of the rifle, and taking swabs for DNA.

The State’s case continues today with evidence from more witnesses. Grocott’s Mail will continue to report.