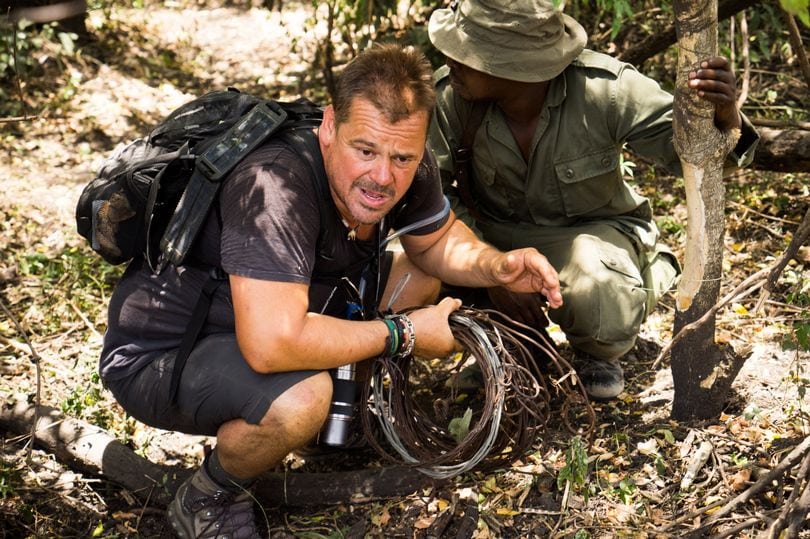 A millionaire is swapping a luxury lifestyle for war-torn Africa to track down a rhino species on the verge of extinction.

Paul Naden, 50, from Macclesfield, made his money in the financial industry and for the last decade has helped endangered species charity Saving the Survivors. This week he will embark on an ambitious expedition – travelling to South Sudan to try and find the northern white rhino.

The species was declared ‘functionally extinct’ in 2018 but it is hoped the region harbours a previously unknown population. If this is the case it will need finding, monitoring and protecting.

Original photo as published by Cheshire Live: Paul Nadin will travel through the wilds of South Sudan to look for endangered rhinos.

Paul explained: “In 2018 the last male northern was declared functionally extinct. The world was left with only two old females, unable to reproduce but there is possibly a second chance to save this species. “Rumours and whisperings from South Sudan of sightings of the animal in the wild and reports of rhino tracks have re-ignited the hope for the future of the northern white rhino.

“There has been no survey or study of South Sudan’s wildlife in over a decade and no comprehensive search has ever taken place until now.

“This is one final and comprehensive search for any remaining northern white rhino in the wild. I am incredibly excited to be involved and if we succeed, it gives us fresh hope of saving it.”

Paul, who joined Macclesfield-based HFS Loans in 1989 and was managing director 10 years later, is part-funding the expedition. He will be followed by BBC camera crews who are making a one-hour documentary entitled The Last Unicorn. His team will also include a vet and security expert as the region has seen conflict and civil war for the past 20 years.

Doug Hope, a BBC executive producer, said: “It is a long shot, there is no denying that, but there are rumours of them out there, and in a place that is so remote, so unexplored.

“Yet, from what our sources are telling us, it remains prime rhino habitat, so surely there is still a chance.

“Until this search is carried out we can’t close the book on the northern white rhino.”

Previously Paul has been on a trek across the Serengeti to raise money for an anti-poaching campaign. 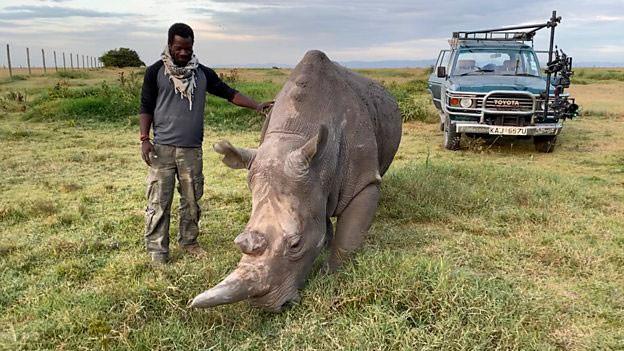 By Newsroom Conservation, Education No Comments

The BBC has greenlit The Last Unicorn, a one hour documentary special following the search to discover a previously unknown population of northern white rhinos, a species officially declared extinct in 2018.

The Last Unicorn, part of the BBC’s Natural World strand, will see BBC Studios Natural History Unit follow charity Saving the Survivors as they travel to South Sudan in the hope of discovering the rhinos. The species was officially declared extinct in 2018 by the International Union for Conservation of Nature.

Doug Hope, executive producer for BBC Studios Natural History Unit, said: “It is a long shot, there is no denying that, but there are rumours of them out there, and in a place that is so remote, so unexplored. Yet, from what our sources are telling us, it remains prime rhino habitat, so surely there is still a chance? And until this search is carried out we can’t close the book on the northern white rhino.”

South Sudan is the youngest country in the world. Declared independent in 2013, it has seen conflict and civil war for the past 20 years. No film crew has been allowed access for nearly ten years.

Larger in area than France, it has a population of no more than seven million. No access to wildlife NGOs means no survey or comprehensive search of any of South Sudan’s wildlife has been undertaken in over a decade.

Recently, reports surfaced indicating that local people are seeing the animal, once the species’ stronghold.

The team from BBC Studios Natural History Unit will use camera traps and new drone technology which has never been used in the field before, which uses software to recognise different animals, to also film elephants, giraffe, leopards, honey badgers, antelope, warthogs and baboons.

The Last Unicorn, a 1×60-minute documentary for BBC Two, is made by BBC Studios Natural History Unit. It was commissioned by Patrick Holland, Controller, BBC Two and Jack Bootle, head of commissioning, natural history and science. The executive producer is Doug Hope.