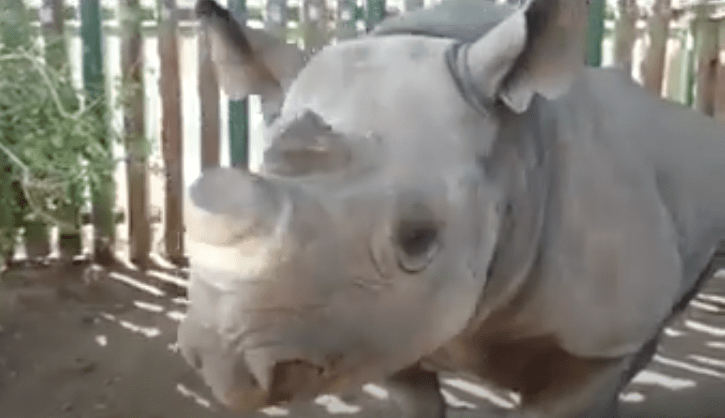 By Newsroom Antipoaching, Rescue and rehab

It is believed that there are just over 5,000 black rhinos left in the world, critically endangered.

Thus, the survival of each and every one of the species is paramount to its continued existence.

This is why a dedicated team has been doing everything in their power to ensure the well-being of Goose, a female black rhino, who escaped the clutches of poachers near Satara Rest Camp in 2018.
“It soon became obvious that she had severe injuries on her hind leg. It is suspected that she was shot by poachers. After her foot got infected, the sole of her foot fell off,” said SANParks veterinarian, Peter Buss, who in the video below shares the in-depth details of her recovery.

“She will never have a normal foot again due to the extent of her injuries. We hope that she will be able to walk on it again, and hopefully later have calves,” said Buss.

He is part of a large team of vets, rangers and specialist animal carers who in collaboration with Saving the Survivors have spent the past 20 months using groundbreaking techniques to ensure the rhino’s survival.