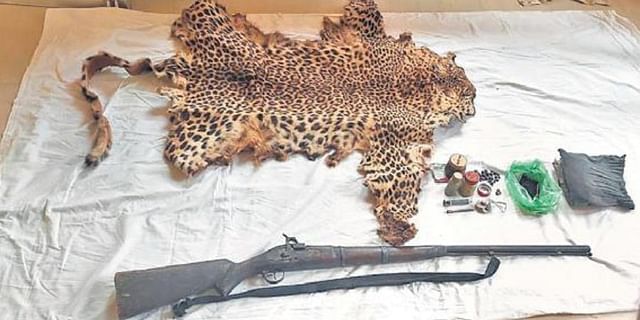 Tamil Nadu has an abysmal three per cent conviction rate in cases registered under the Wildlife (Protection) Act, 1972. In most of the cases, the accused walk free due to lack of credible evidence.

To correct this, the State government has announced setting up of a dedicated Tamil Nadu Forest and Wildlife Crime Control Bureau, an interagency body headed by an Additional Principal Chief Conservator Forests (APCCF) rank officer.

Chief Wildlife Warden Shekhar Kumar Niraj, who was earlier head of TRAFFIC India, an NGO that monitors wildlife trade networks, is the man behind this initiative. “The bureau will maintain a centralised wildlife crime data bank. It will have four investigation units in Coimbatore, Tirunelveli, Virudhunagar and Tiruchy. In addition, a Tamil Nadu forest and wildlife crime control task force will be set up that will have officials from the departments of forests, police and customs. The officials of the deputation agency will have powers for conducting raids, seizures and arrests under the Wildlife Act,” Niraj told The New Indian Express.

The investigation units personnel will be provided with modern weapons, special power to get cell data records and tower dump data for detecting crimes, and mini cyber cells will be established in each circle for detecting wildlife and forest crimes. There will be one specialised GIS cell for mapping, survey and encroachments.

Chief Wildlife Warden said intelligence gathering, which so far has been unorganised, will be one of the key objectives of the bureau. “A strong informant networks among local communities that live in close proximity to wildlife areas, understand the poaching and trade hotspots in the State and develop wildlife criminal data base and setting-up special courts/benches to conduct expeditious trails of wildlife and forest crimes is our focus,” she said.

Environment secretary Supriya Sahu said, over the years, illegal trade and poaching has become highly organised, as the crime is triggered by international wildlife crime syndicates, which are driven by huge money.

“Recent arrests in Chennai by the DRI and Madhya Pradesh Special Task Force of many international wildlife smugglers smuggling and trading fresh water turtles and their linkage to other species are indicative of great challenges and concern,” she said.

The wildlife activists have hailed the decision of the State government. “There are several non-governmental organisations such as TRAFFIC, WTI, Wildlife SOS, and WPSI that work closely with the national and the state governments in dealing with illegal wildlife trade and forest crimes. However, investigation in Tamil Nadu has not yet up to the mark, making the anti-crime efforts ineffective. Setting-up a state level bureau that works independently from the burden of other administrative works will go a long way in dealing with the issue,” said N Sadiq Ali, founder of Wildlife and Nature Conservation Trust.

Meanwhile, the government has also announced formation of a new Forest Sniffer Dog Unit that will comprise of 12 new sniffer dog squad each with a well-trained sniffer dog along with a handler and an assistant handler.

“The new units will be stationed in the critical forest wildlife divisions that are affected by the crimes more frequently than other divisions, such as Sathyamangalam, Meghamalai, Dindigul, Nilgiris, Mudumalai, Analamalai, Coimbatore, Chennai, Hosur, Ramanathapuram, Gudalur, and Trichy,” Niraj told The New Indian Express.

Not an isolated case