The barefoot ranger protecting animals he once poached

By NewsroomAugust 27, 2019Anti-poaching
No Comments

He was an antelope poacher in his youth and now, as a ranger in this park in KwaZulu-Natal province of South Africa, he uses his skills to protect wildlife, including rhinos.

Jobe also draws on his experience to raise awareness of conservation issues among schoolchildren and communities living near the park.

“Most visitors are internationals or whites, especially Anglophones. So it’s unfair to the local population because they don’t have a chance to see what’s in this park. Under these conditions, what do we expect from them if they don’t know what a rhino is? I used to be a poacher, but now I’m an ecologist,” said Nunu Jobe, game ranger.

This school group, the first to visit the park with Jobe, learned first-hand about the impact of poaching.

“My wish is to learn a lot more about them because I never really realized it. As a science student, I thought I would naturally go to medicine, but from what I have learned today, it is not the only possibility. I can do wonderful things here in my community like conserving animals and contributing to South Africa’s economy,” said Mbongeni Halala, high school pupil. 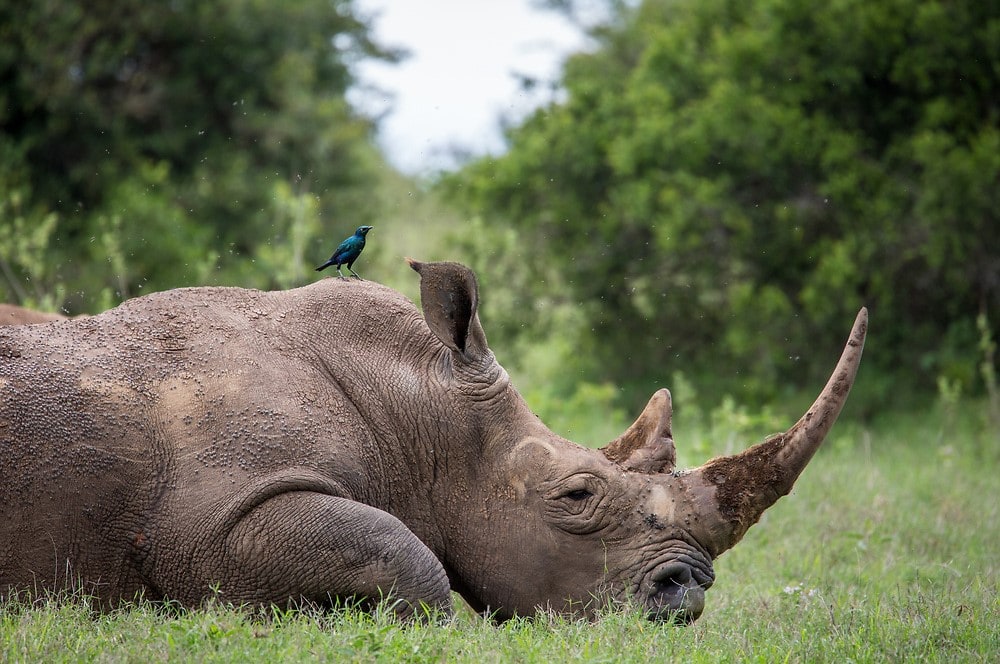 Photo by Robin Moore from the Shannon Elizabeth Foundation archive.

Jobe now believes that conservation is his true calling – and to be closer to nature, he hung up his boots and decided to go barefoot two years ago.

“As soon as you wear shoes, they make your feet softer, and then you get weaker and weaker, but as soon as you decide to stop wearing shoes, that day you start to earn something… I would rather win something than lose something, and again I feel more rooted, I feel connected, I want to share steps with the rhino,“said Nunu Jobe, game ranger.

Game rangers like Jobe are now on the front line of the war against poaching.

They are often faced with former accomplices, and they rely heavily on community conservation awareness to try to stem the carnage, as the rhino population around the world continues to decline.