The battle against wildlife poachers is increasingly high-tech

By NewsroomSeptember 16, 2019Anti-poaching, Science and technology
No Comments

Wednesday marked a milestone in the battle to protect endangered species when an international team of scientists announced they had successfully created two northern white rhino embryos.

The landmark achievement is a promising step towards pulling the white rhino back from the brink of extinction.

It also highlights how technology is being harnessed to protect wildlife – including efforts beyond the lab in places like South Africa.

Rhinos are killed for their horns, which are prized in traditional Asian medicine and command high prices when poachers hawk them on black markets. But international trade in rhino parts is illegal. 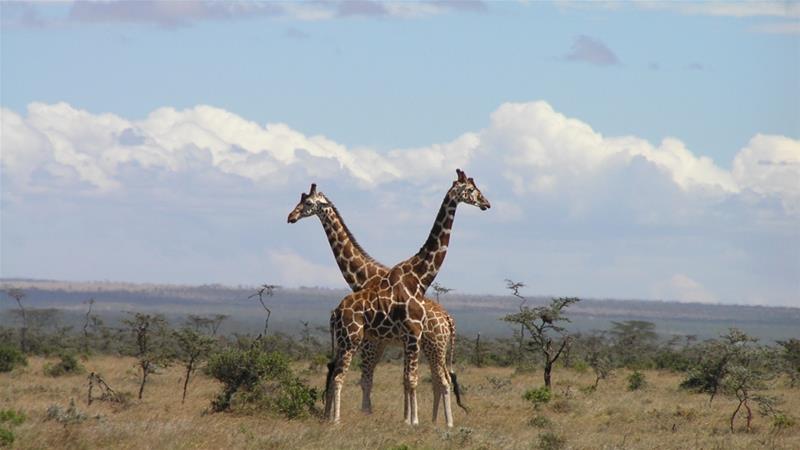 Original photo as published by Aljazeera.com: The online app Wildbook has amassed data on 20 different species, including giraffes, classified by conservationists as ‘vulnerable’ and individually identified by the app based on their ‘unique spot patterns, similar to a human fingerprint. [Courtesy of Wild Me.]

At one small, private reserve adjacent to Kruger National Park, rangers were losing hope four years ago after 70 of their rhinos fell prey to poachers.

“It was crisis management,” recalls David Powrie, the warden of the 50,000-hectare reserve. “We had tried everything. We’d even tried dyeing their horns.”

Then high-tech executive Bruce “Doc” Watson, who had vacationed at the reserve since 1999, offered to help bolster the property’s IT defences.

“The reserve was remote, with basic IT infrastructure and access control, manual security processes, and very limited communication,” he told Al Jazeera.

Working with park officials, Connected Conservation helped design and build a Reserve Area Network (RAN). It was supported by trackers placed on vehicles entering the reserve, sensors installed beneath fences to detect guns and other metal objects, and wi-fi to alert rangers instantly to potential poachers so they could dispatch a security response.

The digitised security infrastructure also allows staff to scan visitors’ passports and licence plates – and even check their backgrounds against a national database of criminal records.

The technology has been a game-changer in the reserve’s war on poaching.

In 2018, Connected Conservation expanded into Mozambique, Zambia and Kenya.

But illegal wildlife traders have learned to use technology as well. Two rhinos on the reserve fell prey to poachers in August, underscoring the need to constantly create new solutions to tackle evolving threats against wildlife.

In conservation hotspots across the world, artificial intelligence, drones, and surveillance platforms are among the technologies that have become the latest line of defence against the $23bn global illegal wildlife trade, which claims the lives of 800 rhinos – along with 15,000 elephants and untold numbers of pangolins, impalas, bushpigs, warthogs and other animals – in Africa every year.

Only 25,000 rhinos, 415 African elephants, and dwindling numbers of other at-risk species survive on the continent in the wild today.

“There is too much to protect, and too few people to protect it, so technology has become essential when addressing the global poaching crisis,” says Rohit Singh, head of the Zero Poaching initiative for the World Wildlife Fund (WWF).

As conservation groups get smarter about technology, so do the poachers they are battling to stop. Environmentalists say the fear of never being more than one step ahead is tangible in their campaign to save animals hunted for their horns, tusks, pelts, scales or skin – or for capture as exotic pets.

“With illegal wildlife trade being run by increasingly organised crime syndicates, poachers already use technology and are often far better equipped than those protecting nature and wildlife,” says Singh.

“Smartphone and GPS trackers are used to both locate wildlife and to avoid ranger patrols. But the benefits of technology in protecting our iconic wildlife and forests far outweigh the negatives.”

And the annual poaching mortality rate among elephants – classified as vulnerable – declined from more than 10 percent in 2011 to less than four percent in 2017, report University of York researchers.

A clutch of initiatives are churning out tech-enabled solutions to help bolster conservation efforts.

Wildbook, an online app by nonprofit Wild Me, aims to replace physical tagging with photography to identify animals using their distinct patterning as a “fingerprint”.

Developed by Jason Holmberg, Wild Me’s executive director, Wildbook has amassed data on 20 different species. Its latest innovation uses an artificial intelligence-enabled bot to comb through YouTube and identify animals from videos that have been uploaded, often by tourists.

Wildbook then analyses animal markings, collects the date and location of the sighting, and automatically interacts with YouTube posters to ask for missing information.

“Ultimately, the goal is to leverage as much visual data as possible to better understand the species and then formulate data-driven conservation action plans to prevent extinction,” says Holmberg.

Deploying artificial intelligence for conservation is also the mission of TrailGaurd AI. Created by mobile satellite communications company Inmarsat in partnership with nonprofit RESOLVE, TrailGuard AI links multiple cameras spread across a reserve to a single satellite modem, essentially providing a burglar alarm for national parks, regardless of their size or remoteness.

Boasting 97 percent accuracy in trials, TrailGaurd AI is estimated to be 80 percent effective in the field, and could be equally effective in reserves of different sizes.

“TrailGuard acts as an early warning system, transitioning ranger teams into fully mobile, rapid-response units so that they can respond to would-be poachers and stop them in their tracks.”

Currently costing around $17,500 for camera units, a satellite modem and a gateway that connects them, TrailGuard AI was first deployed in 2018 at Tanzania’s Singita Grumeti Reserve, where it’s helped catch dozens of poachers.

By the end of next year, RESOLVE aims to deploy TrailGuard AI devices at 10 “chokepoints” – poacher intrusion hotspots – within each of the 100 African parks that it has identified as being at the highest risk of poaching.

Alerting rangers when rhinos stray into areas near park and reserve borders – where animals are more vulnerable to poaching – is the mission of Now Rhinos Speak – a project launched by the Sigfox Foundation, an arm of French tech firm Sigfox that builds low-power networks for the internet of things.

Now Rhinos Speak fits trackers to rhino’ horns to transmit data about the animals’ physical locations to solar-powered base stations, then pushes the information to rangers via mobile apps.

“We call it the Google map of rhinos,” says Sigfox Foundation director Marion Moreau, who notes that Now Rhinos Speak has been tested on 49 rhinos in two countries over the past three years – and is now scaling up to expand to reserves and parks across Africa.