The bittersweet reality of visiting Africa empty of other tourists 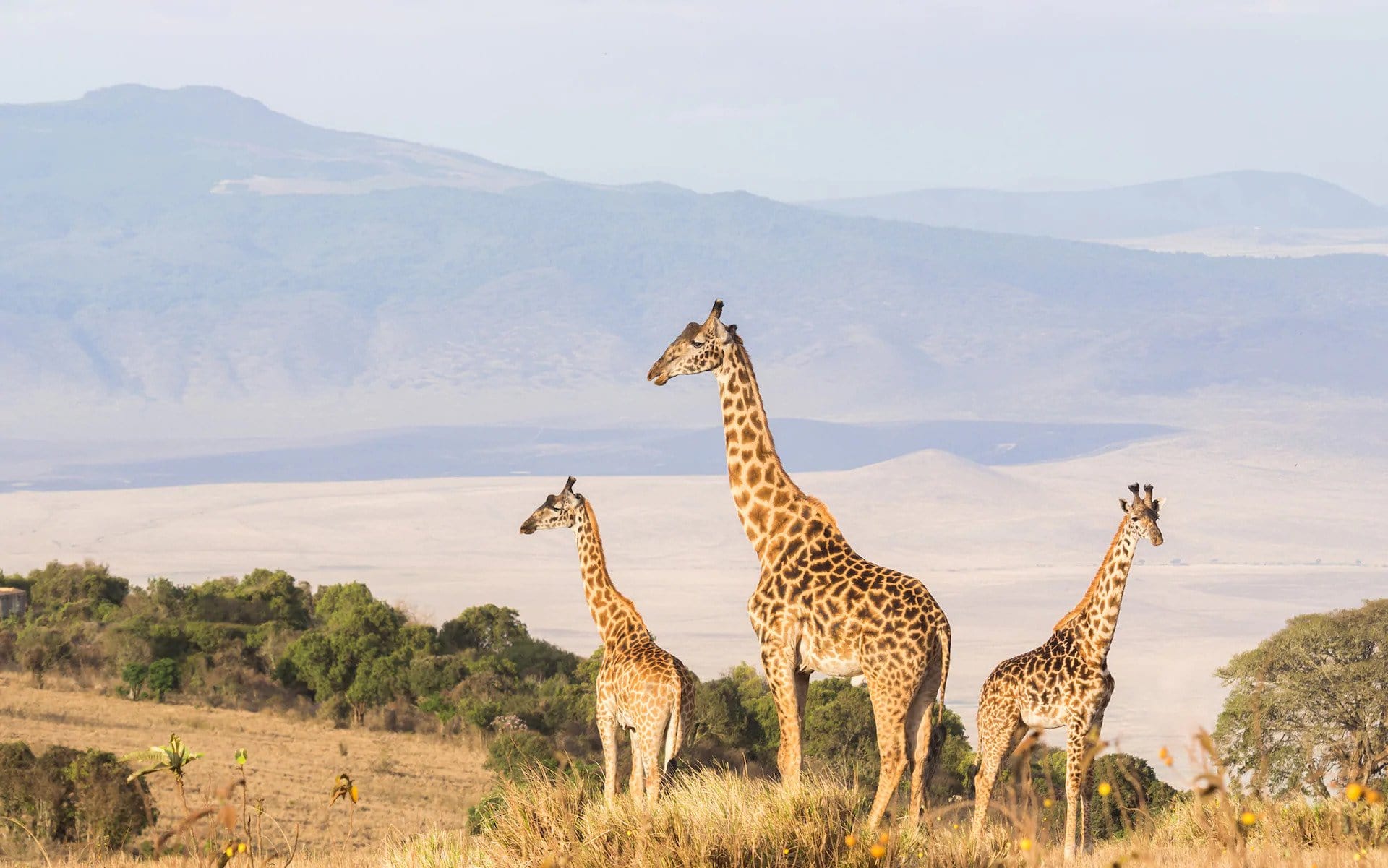 Original image as supplied by: The telegraph

Standing on the rim of Ngorongoro, I looked down into the crater scanning the layers of haze through my binoculars. There was a solitary hippo grazing; a herd of zebra; and the distinctive shape of three rhinos, but I saw not one other safari vehicle. Remarkably, it turned out it was easier to spot a rhino than a tourist.

It’s not usually this quiet here. Ngorongoro, one of the world’s largest intact calderas, is brimming with wildlife and has become a must-see for safari-goers. In fact, its popularity even caused some, in past years, to write it off as a victim of overtourism. “I have sometimes seen 20 cars on a lion sighting,” my guide, Hamza Visram, told me, shaking his head.

This year is different, of course. The effects of the Coronavirus on tourism — from cancelled flights to travel bans to quarantine rules — have left lodges and camps empty, forcing hotel workers to take months of unpaid leave. The self-employed, such as taxi drivers, restaurant owners, and artisans who make souvenirs, have also seen their incomes all but vanish.

More than a million in Tanzania rely on tourism for their livelihoods, a sector which contributes to at least ten percent of the country’s gross domestic product. That level of economic reliance can be seen all across east and southern Africa, where key tourism destinations that are finding themselves abandoned.

Set against this backdrop, the Adventure Travel Trade Association has launched an “Open African Travel” campaign asking the UK Government to review travel restrictions, petitioning for air corridors with specific countries with low rates of Covid-19.

In addition to the economic impact of tourists staying away, there’s fear a knock-on effect will be a rise in poaching, without the income and presence of tourists. But in Tanzania at least, most people I spoke with were not concerned about a spike in the gravest poaching — for ivory and rhino horn, as they said the Government had taken an extremely tough stand. There was some concern about smaller-scale poaching — for antelope or warthog — by individuals feeling financial strain as the economy slows.

On the ground, the trunk roads between towns remain eerily quiet. On the four-hour drive from the city of Arusha to the crater, all the curio shops were shuttered except one. A single vendor — standing alongside his paintings and carved wooden animals — shouted to me, “Sawa, sawa”, Swahili for ‘okay’, and gave me a thumbs-up. Hamza said: “He sees our vehicle and hopes tourists are coming back.”

In the nearby town of Karatu, car wash attendants and mechanics have also seen no business from safari traffic in months. “Garages would normally have five cars on the go,” Hamza told me, “and I’d have to drive around to find one that was free.” When we took in our vehicle, the men working there were thrilled, singing as they washed the car: “I’m so happy to see (safari) vehicles back on the road,” one said.

From Ngorongoro, I travelled north to the Serengeti, close to the border with Kenya. This time of year is when the Great Migration — the cyclical movement of two million wildebeest — approaches the fast-flowing Mara river, facing off crocodiles, lions and other predators. These crossings make for serious wildlife action. In a normal year hundreds of safari vehicles jostle on the river banks to secure the best vantage.

But this year, mine was the only car on this stretch of the river. The herds dithered for hours, moving back and forth, before eventually making the leap into the hazardous water. Crocodiles snapped up the slow or small or vulnerable. In the commotion, hippos rose up, bellowing.

On the opposite bank, the wildebeest swarmed on to the muddy shallows, too many arriving, too few able to clamber up the sheer edges. Some tumbled backwards, their bodies smashing upon the previous, breaking their backs or a leg. Carried downstream, carcasses piled up in the nooks of rocks.

The next day, there was a film crew and some Tanzanian tourists, but both groups left the river early — and I had the crossings to myself again.

It is dramatic stuff, but nobody else was around to watch. “In ten years of guiding, I’ve never seen it so quiet,” Hamza said, “and I probably will never again.”

That depends, of course, how long the downturn in tourism persists. For now, it does feel like a rare privilege to watch the migration this way, but bittersweet too, fearing the economic pain locals face as visitors continue to stay away.

Asilia Africa (asiliaafrica.com) has a six-night safari including three nights at The Highlands Ngorongoro and three nights at Sayari Camp in the Serengeti, from US$6,775 (£5,179) per person based on two sharing. Price includes all internal flights from Kilimanjaro, full board accommodation, safari activities and park fees. Rate excludes international flights.