The costs of heightened conflict in the Himalayas

By NewsroomSeptember 5, 2019Land conservation
No Comments

It has been a month since India cut off communications and implemented a security lockdown in the part of Kashmir it governs. While India has explained that the governance changes it is implementing – rendering significant legislative changes in territory it governs – as an internal matter, the move has drawn strong reactions from Pakistan and China, both of which claim the territory, at least in some part. The political outcome of these changes are a matter for both international relations and domestic politics within the various countries, but this move is one of many political factors that will make cooperation over the environment in the Hindu Kush Himalayas (HKH) far more difficult.

The Indus, a River of Troubles

The impact of any political troubles will be felt the most along the Indus, which rises in Tibetan territory controlled by China, winds through the part of Kashmir under Indian control, enters Pakistan, with one stretch entering and exiting Afghanistan, before reaching the sea after traversing Pakistani territory. The two countries where most of the Indus basin is located are India and Pakistan, and their management of the river is largely governed by the Indus Waters Treaty (IWT) signed in 1960. The Treaty has survived the outbreak of the 1965 war and the 1971 war between the two countries, as well as a host of skirmishes and conflict, and it is unlikely to be negatively affected now, as it was not affected in the last such crisis in 2017.

The problem, though, is less about the treaty as it has functioned in the past, but how it will function in the future. The IWT was a product of its times, and thus issues like environmental impact were not covered. The recent Hindu Kush Himalayan Monitoring and Assessment Programme (HIMAP) project led by the International Centre for Integrated Mountain Development highlighted that climate change impacts – everything from irregular rainfall to glacier retreat – in the HKH region would be felt most within the Indus basin. These are new factors that the treaty is not designed to cover. The hope that these could be brought into the treaty has now receded. With the Pakistani government withdrawing its High Commissioner from India, and lowering its diplomatic engagement, it seems unlikely that these issues will get the attention they deserve. 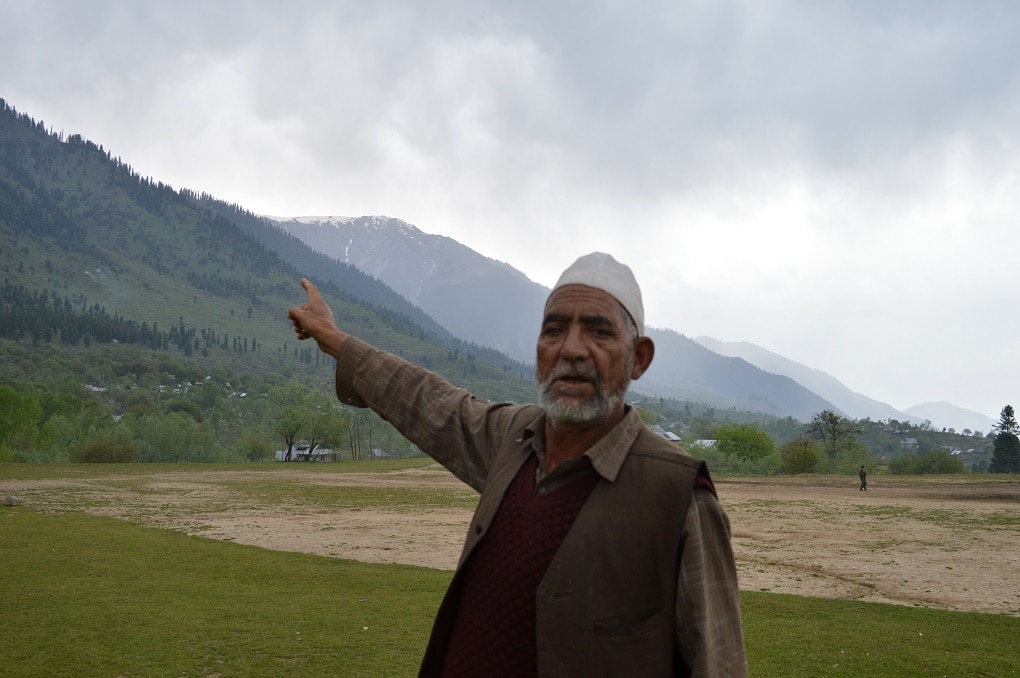 Original photo as published by Thethirdpole.net: A Kashmiri man near a Budgam forest shows the degradation caused to forests over the past few decades. (Image by: Athar Parvaiz)

More importantly the Kabul river, part of the Indus, is not covered by any treaty. Pakistani policymakers have been hoping for an IWT-type treaty between Pakistan and Afghanistan would deal with many outstanding issues. But with lowered cooperation between India and Pakistan, the IWT looks less and less like a good example to follow. The idea of including China as well, so that the four countries could all be involved in the joint management of a river basin that they all share now seems almost impossible to imagine.

In the meanwhile conflict will continue to degrade the environment, while also limiting scientific access to the more remote parts of the HKH region. Both Indian and Pakistani troops continue to be deployed on the Siachen glacier, the highest battlefield in the world, costing both countries significant amounts of expenditure and significant loss of lives due to the harsh climatic conditions. The material and garbage accumulated on a glacier has significant negative effects for the environment, not to mention cutting off areas like this from any kind of scientific assessment. Reports like HIMAP, dependent on the cooperation of the various governments, will have to continue to deal with these blind spots.

By its very nature, conflict centralises decisionmaking, as security issues take precedence over everything else. This can have disastrous results on the local environment. This was most clearly demonstrated by the Rohingya crisis in Mayanmar and Bangladesh. The million refugees created due to the crisis led to the environmental destitution of the areas where the refugees were settled in camps. By laying mines across the areas the routes that the Rohingya took, the Myanmarese military may have meant only to restrict human movement, but these were also traditional elephant corridors. Insurgency and civil war in India’s northeast and Nepal, had a deleterious impact on the rhino population, as poachers found it easy to operate. All 30 rhinos translocated to the Bardiya National Park where killed during the Nepalese civil conflict. In Kashmir, the decades of conflict have led to extensive poaching, the destruction of delicate habitats, and a timber mafia operating with impunity. With militarised borders, populations of key species, such as the yak, will find it difficult to travel freely, leading to limited cross breeding, and the decline of their populations.

The centralising tendencies of governments when it comes to “internal security” issues can possibly be best seen in the Tibetan region, where Beijing insisted on implementing agricultural and animal husbandry practices out of sync with local cultures. The local practices had evolved in consonance with the environment of the region, and had been more sustainable, something that China is now discovering, decades after putting into place self-harming practices. Nevertheless this sidelining of local populations remains a significant part of China’s investments abroad, with the China Pakistan Economic Corridor offering a very clear example. Due to its high political value for Pakistan, the investments are handled at high government levels with military support. Local factors are rarely factored in, so the heavy investment at the Gwadar port being built at the end of CPEC has managed to isolate and marginalise local fisherfolk.

Lastly, there are significant financial costs of the conflict on local people. Fear of violence undermines the confidence of outsiders willing to invest in a region, leaving people dependent on either government funds or their own limited means. The HKH region is one of the most biodiversity rich regions on the planet, and yet its mountain population are significantly poorer than their fellow citizens in their own countries. Despite potential opportunities for innovation and investment, the remoteness of the communities means that other than heavy infrastructure such as dams – which tend to marginalise local communities even more – investment does not reach these areas.

Fear of conflict will only make this more difficult, depriving the 240 million people that live in the mountainous areas of the HKH region that much poorer. This is at a time when climate change is already negatively impacting traditional crops such as apples, and half of the springs in the HKH region have either dried up, or become seasonal from perennial. Desperate people, who have few options, and whose involvement in governance is limited, make for poor caretakers of the environment.

While discussion of conflict between the countries of the Himalayan region is often spoken of in the same breath as nuclear war, the clear and present danger of a breakdown of cooperation in the region may be simpler. The price of conflict may simply mean that the environment is degraded, species are lost, scientific enquiry is stifled, investment is hobbled, and the hundreds of millions of people dependent on the delicate ecosystem of the HKH region will be made poorer and more miserable. It may not be a global catastrophe, but it will certainly be a series of local catastrophes.