The men behind the ploy to strip-mine Selati Game Reserve

By NewsroomMay 18, 2021Land conservation
No Comments 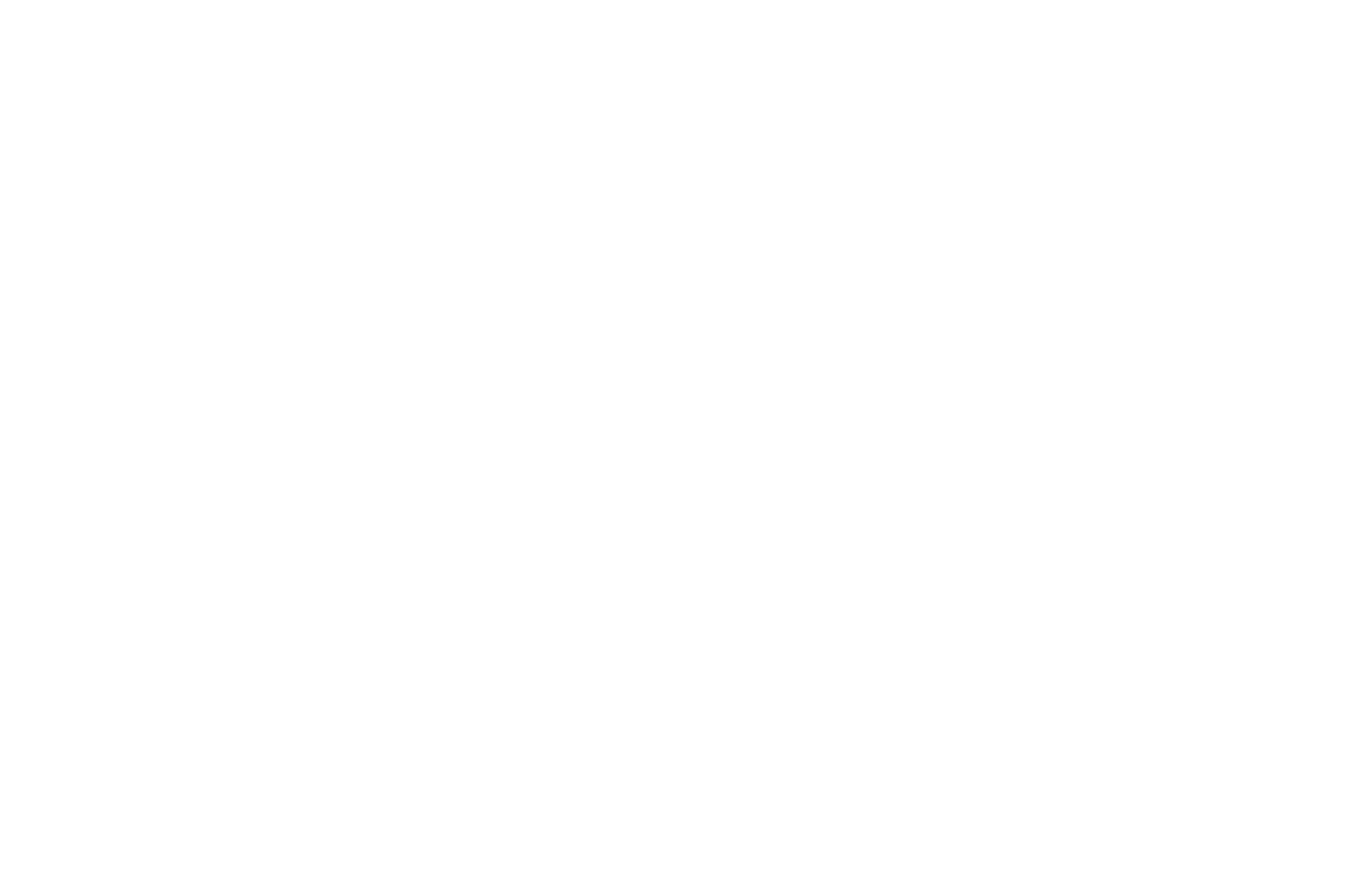 A strip mine for illustrative purposes. Image: Wikimedia Commons.

Like many of the judgments from that time, the decision handed down by Judge Hoexter on 24 May 1985 had all the hallmarks of a sterling episode from a kickass crime detective series.

The opening scene, as recorded in the judgment, was a winter’s day exactly three years prior, when four men met at a picnic spot by the banks of the Vaal River. One of the men was Robert Michael Scholtz, a seller of semi-precious stones from Johannesburg. His partner was Trevor Michael Hart-Jones, the owner of a Zimbabwean gem export company.

The action shot happened when “Mr Jacobs” and “Mr Zulu,” the other two men, handed over to Scholtz and Hart-Jones a bag of 11 rough diamonds, for which they received R28,000 in cash.

Of course, as these scripts go, Jacobs and Zulu weren’t who they pretended to be – they were detective-sergeants in the SA Police, attached to the diamond and gold branch.

From afar, observing the deal, were other members of the branch, including a certain Captain Du Preez. Just as Scholtz and Hart-Jones were driving away, Du Preez spoke into his radio. A police car suddenly appeared on the scene.

Du Preez revealed the real identities of Jacobs and Zulu, and Scholtz and Hart-Jones were “removed” to the Vereeniging police station in separate vehicles.

“The exchange of diamonds and cash briefly described above was the culmination of a process of negotiation extending over a period of nearly three months,” wrote Justice Hoexter in his judgment, before proceeding for the next dozen or so pages to describe how the SAP’s diamond and gold branch had nabbed Scholtz and Hart-Jones – there had been meetings at the then Jan Smuts Airport, mention of “friends in South West Africa” who could get a large parcel of diamonds worth R100,000, and further meetings at the Milpark Holiday Inn in Johannesburg.

Ultimately, given that “the two accused” had done a deal for the uncut diamonds at a third of the market price – and, more importantly, given that the Supreme Court of Appeal wasn’t buying Scholtz’s story that he had intended to “out” Jacobs and Zulu for illicit diamond trading themselves – the conviction stood.

Three years later, in February 1988, the company that would one day become Tiara Mining was registered.

In the first part of this series, published in early April 2021, Daily Maverick revealed that Tiara Mining, under the directorship of the same Robert Michael Scholtz, had plans to excavate a series of open-cast pits on the 28,000 hectare Selati Game Reserve in Limpopo. The mining application was at an advanced stage, we wrote, which was strange – no one from Tiara Mining had ever set foot on the conservancy.

We further pointed out that there were major inconsistencies in the scoping report and environmental impact assessment, with “an inaccurate description of proposed mining activities” in the former, and the latter proposing that the mining operation should go ahead despite the havoc that the drilling, blasting and excavation would wreak.

The standout fact, which the EIA had expressly noted, was that the “majority” of the land covered by the mining application had been classified by the South African National Biodiversity Institute as a “critical biodiversity area”.

The upshot of our first article was a raft of responses from readers, including information from a source in Plettenberg Bay, where – according to the CIPC – Tiara Mining had been headquartered since 2004.

As it turned out, Scholtz had been active in the local politics of the small seaside town, as a member of the ANC. On 20 December 2011, he stepped down as chairman of the Plett Business Chamber, citing in his resignation letter the “personal vendetta” against him by “certain sections of the community for whatever reason”.

He had also stated the following in the letter: “The final crunch came with the articles placed in a few weekend papers, which, I am sure, most of you have seen.”

The articles in question concerned the Fish Eagle Bay townhouse complex, which had been developed by Scholtz and a partner on the banks of the Keurbooms River. In the Weekend Argus version of the story, the local municipality had alleged that Scholtz owed almost R2-million in arrears for services dating back to 2009.

“This article was uncalled for,” Scholtz had added in his resignation letter, “an embarrassment to the true facts, but obviously just prior to Christmas, it was felt it would make interesting reading to the general public.”

Unfortunately, as with our first piece, Scholtz did not respond to our request for comment on the above. And while this time we did receive a response from the environmental assessment practitioner that he had commissioned to compile the scoping report and EIA (see below), none of our questions was directly answered.

Trading as Sakal and Tebo (Pty) Ltd, there were a number of issues that had been drawn to our attention regarding this environmental assessment practitioner (EAP), not least of which was the fact that the company’s sole director – identified by the CIPC as Melvyn Mandla Masango – wasn’t registered with the Environmental Assessment Practitioners’ Association of South Africa (Eapasa), as required by law.

In a call to Eapasa, a spokesperson confirmed for Daily Maverick that the list of members on its website was current, but that there was no Masango to be found.

Although the spokesperson further pointed out, as per the Government Gazette notice of August 2020, that the deadline for registrations had been shifted from February 2020 to February 2022, she said it was “problematic” that an unregistered EAP was compiling EIAs.

“We would suggest the public works with people who are registered,” she said.

But even if Masango had been registered, it was likely that he would have run up against Eapasa’s code of conduct, specifically the fourth item, which states that members must “not conduct professional activities in a manner involving dishonesty, fraud, deceit, misrepresentation or bias”.

The thing was, in the government’s all-important application form for environmental authorisations, signed by both Scholtz and Masango on 10 July 2020, the latter had identified himself as a member of the Water Institute of Southern Africa (Wisa) and the Geological Society of South Africa (GSSA).

On the Wisa front, an email from a representative of the organisation stated that Masango’s membership had lapsed in 2017 and “was never renewed”. As for the GSSA, Daily Maverick was informed by the society, after repeated requests, that Masango was not an affiliate.

Then there was the second item in Eapasa’s code of conduct, which states that its members must “at all times place the integrity of the environment, including conservation and long-term sustainable use of the biophysical environment… above any commitment to sectional or private interests”.

Was it a breach of the code that Masango, as per the CIPC, also held active directorships in a pair of mines? Here, the Eapasa spokesperson skirted around the issue, suggesting that since Masango wasn’t yet signed up, the question was moot.

Still, it wasn’t moot that Scholtz had every intention of getting at the 82-million carats of emeralds in the Murchison Greenstone Belt, the ancient rock formation that looms over the northern section of Selati Game Reserve. Neither was it moot that to do this, he would need to employ some of the most destructive mining methods on earth.

Which brings us back to Masango’s non-response to Daily Maverick’s questions.

“We have realised that no matter how we can provide you any tangible reports… you will keep on publishing wrong information as you have done before,” he stated.

What Masango was conveniently forgetting, it appeared, was the fact that all of the questions we had put to him for the first article concerned the mining right application.

Where were the copies of the full and final prospecting rights? Why was Selati Game Reserve mentioned only four times in the EIA and not once in the scoping report? How could you acknowledge in the EIA that strip-mining would destroy the local ecosystem, without any chance of rehabilitation, yet recommend that mining activities proceed anyway?

Again, Masango had answered none of these questions. Neither would he answer, for this current article, why he had misrepresented his memberships and affiliations. The only reason he had responded to Daily Maverick at all, it seemed, was because of the third question we had put to Scholtz – was Tiara Mining’s owner aware, we asked, that Masango wasn’t a member of Wisa or the GSSA?

Early on the morning of 4 May 2021, Scholtz had forwarded to Masango the questions we had put to him, stating simply “FYI”. In Masango’s response to Daily Maverick cited above, Scholtz was cc’d.

These, then, were the actions of the men behind the ploy to strip-mine Selati Game Reserve.

“There’s no question that Selati Game Reserve is hugely important from a biodiversity perspective,” said Dr Morne du Plessis, CEO of WWF South Africa, during a short telephone interview in early May.

“We have a partnership with them as part of the Black Rhino Range Expansion Project. Despite the suspected skulduggery, it would be a very short-sighted move if the Department of Mineral Resources and Energy allowed it to go ahead.”

So, would the Department of Mineral Resources and Energy ultimately greenlight the Tiara Mining project? If so, there would be more than a few irregularities that the department would have to overlook.