The plight of the world’s most populous rhinoceros

By NewsroomOctober 12, 2021Conservation
No Comments 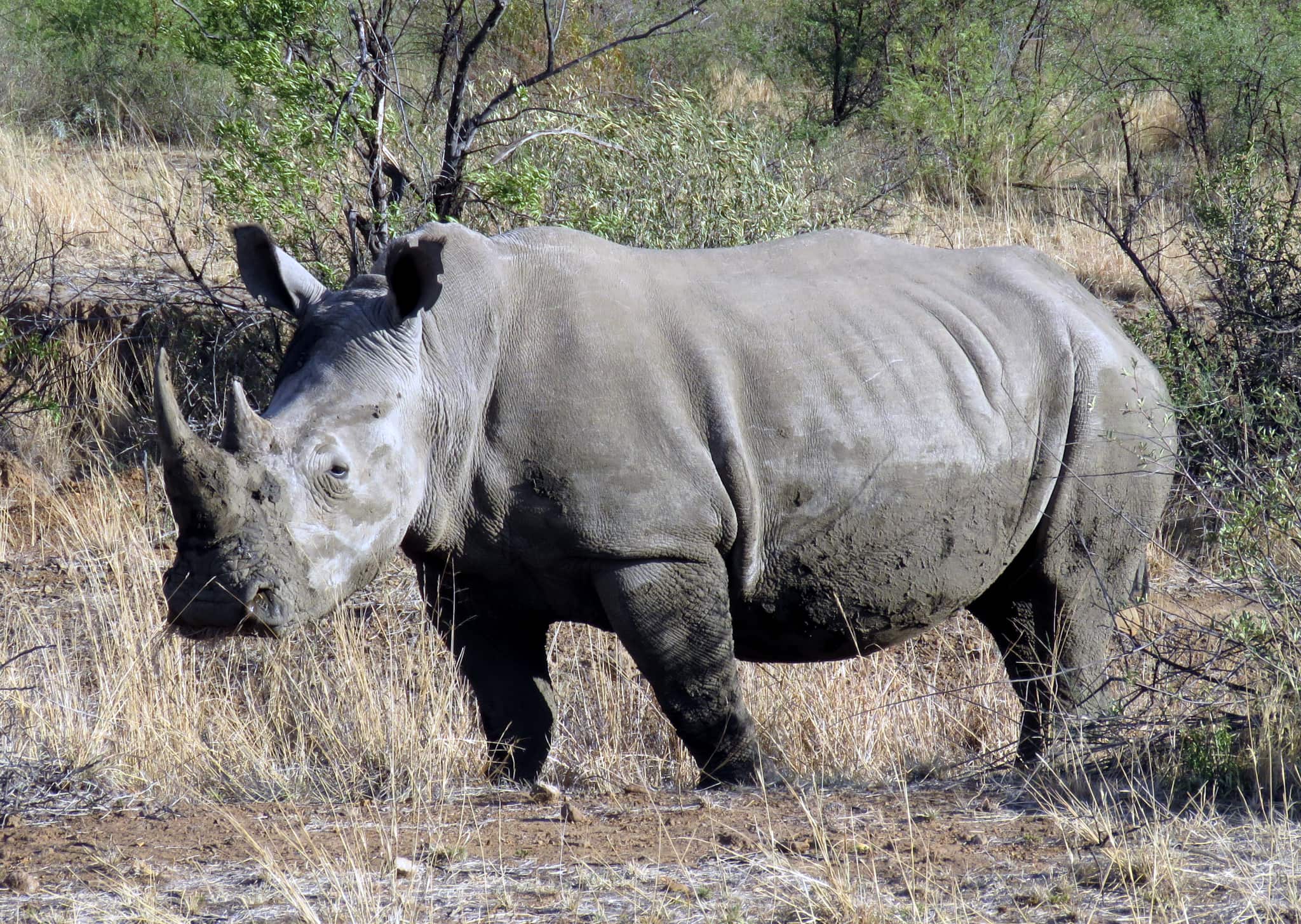 Southern white rhinos survived extinction once, coming back from the brink, but a rise in poaching has placed their future at risk. Image: Wikimedia Commons.

In the Spring of 2018, the world watched as extinction happened in real time. Sudan, the last living male northern white rhinoceros died at the age of 45. Although Sudan’s death represented the end of a distinct lineage of African megafauna, it did not represent the death of a species. The other subspecies of Ceratotherium simum, the southern white rhino, still roams wild in the savannahs of Southern Africa.

By the late 19th century, big game hunting, armed conflict and habitat encroachment had decimated the once-ubiquitous southern white rhino herds of the savannah. The subspecies was thought to be extinct, but, in 1895, an isolated population numbering less than 100 individuals was discovered in South Africa. Conservationists have worked hard to reestablish the species in its historic range. In the 1950s and 1960s, Ian Player, a famed South African conservationist, spearheaded an effort to relocate rhinos to wildlife reserves such as Kruger National Park. The herds, though meager and isolated at first, steadily increased in numbers.

Today, there are around 18,000 southern white rhinos — they account for roughly two-thirds of the global population of all rhinoceroses. That might seem like a lot, but it’s 3,000 less than were around in 2012. During the past decade, the global population of southern white rhinos has been steadily decreasing for the first time since the species’ historic return from near extinction.

According to Nina Fascione, executive director of the International Rhino Foundation (IRF), the cause is clear: “We need to stop poaching. Human-caused mortality is at a completely unsustainable level.”

Practitioners of traditional East Asian medicine have used powdered rhino horn for centuries. At various times during the 1970s and 1980s, consumers could buy rhino horn over-the-counter at pharmacies in Japan, South Korea and Taiwan. But, as rhino populations dwindled and the efficacy of rhino horn was disproven in clinical trial after clinical trial, these countries each eventually banned the substance.

With the market dried up, African rhino poaching reached a new low in the mid 2000s. In 2007, only 13 rhinos were poached in South Africa. By 2014, that number had risen almost tenfold, to 1,215. This growing demand came from an unexpected source: the growing upper-middle class in two increasingly capitalist East Asian countries, Vietnam and China, according to multiple research studies.

Among some wealthy Vietnamese and Chinese people, rhino horn had become a symbol of prosperity and social standing. Consumers gifted rhino horn to colleagues, used it as a hangover cure and consumed it to detoxify the body after falling ill, according to a consumer research study commissioned by the U.K. wildlife NGO Traffic in 2013.

Today, criminal networks extend across borders from these East Asian countries all the way to Southern Africa. Kruger National Park, home to the largest population of southern white rhinos in the world, is also plagued by persistent poachers. In many documented instances, they have stalked over the Mozambique border under nightfall or posed as tourists in vehicles customized to hide weapons and supplies. Once they shoot a rhino down, they hack off the horn with a hatchet and leave the body to be discovered by park rangers.

It’s easy to see the motivation for poachers. Many of these foot soldiers come from impoverished circumstances, and a successful hunt can earn them up to $20,000, a life-changing amount of money. For the past decade, a network of nonprofits, government agencies and South African courts have worked hard to bolster consequences for the criminal activity.

In Kruger, this effort is led by an anti-poaching force that includes ex-soldiers, drones and helicopters. Officials have often referred to their efforts as a “war on poaching.” Organizations like the IRF and Stop Rhino Poaching provide targeted advocacy and on-the-ground education.

“We do a ton of training with rangers in order to improve prosecution success,” Fascione says. “It’s a long road between catching a poacher and making sure they see jail time.”

These measures have been somewhat successful in curbing the poaching crisis. Since 2015, the death toll has decreased each year, although not enough to see the population stabilize. In 2020, conservationists and parks officials got a little help from another government program: COVID-19 lockdowns. From 2019 to 2020, poaching activity in Kruger National Park dropped by more than 20 percent.

“The criminals couldn’t move around and, frankly, they couldn’t even move product around,” Fascione says. “There were no vehicles allowed in the park.”

With lockdowns lifted, poacher activity has once again increased. Still, according to the IRF’s “State of the Rhino” report, fewer rhinos have died from poacher’s guns in the first half of 2021, compared to the same time of year in 2019. For now, Fascione is focused on restabilizing the population through continued advocacy work. The end goal isn’t a specific number. Instead, it’s pursuing the commonly-taught ideal known as “the three r’s” in conservation biology: redundancy, resiliency and representation. In other words, “You have to have multiple populations in multiple areas with large enough numbers to be resilient against disease and withstand catastrophic events,” Fascione says.

For southern white rhinos to avoid the fate of their northern cousins, it will take a coordinated effort that decreases demand for their horns, prosecutes criminal networks across international borders and meets poachers with force. For now, conservationists are on the right track, and hoping it will not be too little too late.