The rape of the oceans and farcical notions of sustainability.

By Peter BorchertApril 14, 2021Editorial
No Comments 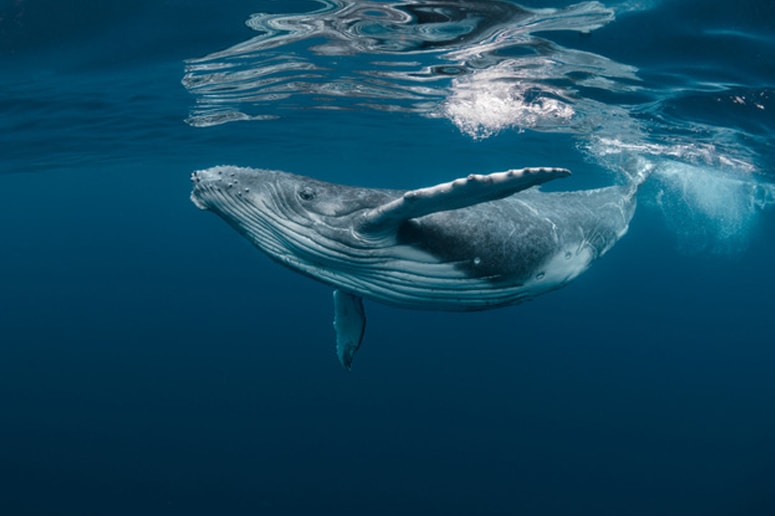 Usually, I feel pretty sad when South Africa, or some other region of Africa, makes it on to the global television news networks. Apart from winning the odd Rugby World Cup, news from Africa is almost always focused on political, humanitarian, or environmental horror stories. So, my flutter of pride earlier today during BBC World’s news broadcast was very welcome indeed. The reason? Well, the South African documentary My Octopus Teacher had just won The British Academy of Film and Television Arts (Bafta) Award for Best Documentary for 2021.

The film is the most extraordinarily moving account of filmmaker Craig Foster’s year-long relationship with a wild octopus living in a kelp forest along South Africa’s Western Cape coastline. The Netflix documentary directed by Pippa Ehrlich and James Reed resonates on so many levels. Still, for me, it was the honesty and simplicity of a story that exposes the vulnerability of the storyteller and his subject in equal measure. A triumph by any measure, and if you haven’t seen it, make the time, for it won’t disappoint.

The warm feeling didn’t last, unfortunately, for I had also set aside the morning to watch another ocean-focussed Netflix documentary, Seaspiracy. This recently released film about the environmental impact of fishing makes equally compelling viewing. But whereas My Octopus Teacher reached into my soul, this one sent a spear deep into my moral fiber, confronting it with some very, very uncomfortable challenges indeed.

Seaspiracy, directed by and starring British filmmaker Ali Tabrizi is a disturbing documentary (Natalie Winkelman of the NYT calls it “turbulent”) that remorselessly peels back, layer by layer, the appalling reality of the fishing industry’s rape of the world’s oceans.

Other than a few moments of telling how a little boy’s fascination with the marine world turned from romantic wonder about the sheer beauty of a little-known underwater world into full-on filmmaking activism, there is no relief, no easing into the subject. The bombardment starts literally with frame one as you are thrown into a world of deception, conspiracy, danger, and the unconscionable human exploitation and degradation of Earth’s oceans.

Already we’ve dumped 150 million tons of plastic into the sea, and we add to this at the rate of a dump truck load every minute. The link between this toxic soup and whale beachings in the UK is drawn, and by minute four of this one-and-a-half-hour documentary, Tabrizi is confronting an awful truth: “If whales and dolphins die, then the ocean dies. And if the oceans die, so do we.” So important is the ocean’s role in climate stabilization, carbon sequestration, and oxygen generation that without the presence of these cycles, we simply cannot survive.

Many whale species have undeniably made a comeback since the worldwide moratorium on whale hunting came into force in 1982. Nevertheless, “aboriginal hunting” continues to the extent of several thousand animals each year in Canada, Russia, South Korea, the United States, and the Danish dependencies of the Faroe Islands and Greenland. According to Whale and Dolphin Conservation (WDC), Iceland, Japan, and Norway, still hunt commercially some 1,500–2,000 large whales a year. In addition, as many as 40,000 porpoises and dolphins are hunted annually in various countries. Then, in 2019 Japan resigned from the International Whaling Commission (IWC) and announced its intention to resume limited commercial whaling within its territorial waters (However, it did undertake to cease whaling in Antarctic waters under the guise of a “scientific research program.”)

Up to this point in the documentary, it is relatively easy to feel self-righteous anger towards transgressors. “After all, I have dramatically cut single-use plastic in my home, haven’t I? And I don’t eat whale or dolphin meat, do I?” But then come several poleaxing revelations.

The present killing of whales and dolphins, including the 700 dolphins and small whales so cruelly slaughtered in Japan’s Taiji Bay every year, begins the cascade. Ostensibly, the justification for the Taiji event is to “capture” dolphins for training and on-selling to marine parks, but then it begs the question as to why for every dolphin taken alive for the “captivity industry,” 12 others die in a bloodbath. It transpires that the underlying excuse for the killing is that dolphins predate on the real focus of Japanese fishing, tuna. Even this “pest control” is a ruse; the dolphins are merely a scapegoat for the over-fishing to continue while “brushing aside any ecological responsibility.”

Pacific bluefin tuna, the most expensive species in the world, fetches up to three million dollars per fish in Tokyo’s market. The global stock has been decimated to the point that a mere three percent of the population thriving a few decades ago now remains. This $42 billion industry is at the point of collapse, and as the species marches towards extinction, each individual fish becomes more and more valuable. And, when you follow the money as you always have to, it turns out that one of the biggest tuna companies belongs to one giant corporate, Mitsubishi, which alone controls 40 percent of the global bluefin tuna industry.

If you think this is bad news, the “official” few thousand whales and dolphins killed are but the tip of the iceberg when you come to understand that more than 300,000 of these marine mammals die each year as by-catch, the animals “accidentally” caught in fishing nets worldwide. Some 10,000 dolphins alone die each year in the nets of the fishing fleet operating along the west coast of France. And these brutal statistics pale into insignificance faced with the killing of at least 100 million sharks every year, mainly as by-catch and for the shark-fin soup industry.

For me, the other Seaspiracy “sit up and think about it” moment was the question of the oceans and plastic pollution. We have been coached into thinking that if we could only stop throwing used cotton buds and plastic straws, and bottles into the sea, we will solve the problem. Make no mistake, these and other single-use plastic items are significant and dangerous pollutants, but there is no escaping another fact that seems to be conveniently pushed to one side—plastic pollution from fishing nets. Some 46 percent of all ocean plastic garbage is discarded fishing gear.

Tabrizi asked the Plastic Pollution Coalition (PPC) why they focus principally on straws and cotton buds as pollutants and ignore the issue of discarded fishing nets. The dissembling response was embarrassing, and when pressed, the team was requested to turn off their camera, and the interview was abruptly ended. Rude and poor PR at best, but the overriding reading of the situation is why the PPC seems so reluctant to confront the fishing industry. Could it be that the fishing lobby is just too powerful an adversary?

The conclusion is inescapable—when considering human-induced damage to ocean environments, the huge portion of responsibility lands squarely on the shoulders of the global fishing industry, legal and illegal. But not alone, for the stripping of the oceans is driven in turn by consumer demand. Us. And so the finger of blame that we shake so angrily at the fishing industry is rather accusingly and uncomfortably reflected directly back at us. We are faced with two straightforward choices for “doing better,” but both are ultimately just gossamer-thin attempts to justify the continued eating of fish.

The first option is to purchase and consume only sustainably caught fish. And that’s easy, isn’t it? All we have to do is look for labels such as The Marine Stewardship Council (MSC), which comforts us with the phrase “Certified Sustainable Seafood” and the Earth Island logos that tell us that a tin of tuna is “Dolphin Safe” or “Dolphin Friendly.”

But do these guarantees of sustainability stand up to scrutiny? No, they don’t. Confronted by Tabrizi, MSC’s response was initially to ignore his requests for interviews. When he did make it into the organization’s headquarters and asked to speak to someone about sustainability, he was not only blocked but almost physically thrown out. Is this an appropriate response on the part of WWF, who co-founded the organization with Unilever? Or is it once more simply that the industry is too powerful to confront, politically and as a source of donor funds.

A visibly uncomfortable Mark J. Palmer, the spokesperson for the Earth Island Institute, admitted that they cannot guarantee that tuna carrying their logos has been caught without by-catch dolphin deaths. “Once you’re out there in the ocean, how can you know what they [the fishing fleets] are doing. We have observers on board, but the observers can be bribed.” And there aren’t that many observers, it seems. And no wonder, it is a very dangerous job that for some has ended in death.

With a global fishing fleet of more than 4.6 million vessels operating in the vastness of the oceans, it is practically impossible to police and prosecute offenders. The result is that governments have virtually given up. And if the ships aren’t being watched, how can one possibly know what they’re doing in terms of fishing regulations.

The most telling comment of all comes from Oceana, the world’s largest ocean-protection agency. “Save the oceans—Feed the world,” their website shouts, but there is no mention of reducing or eliminating fish consumption. Instead, people are urged to eat sustainable seafood. But when Tabrizi meets with them to discuss what they mean and how sustainability is defined, he is once again faced with awkwardness, obfuscation, and aggression. He is told that sustainability is “not defined as such; that there is no definition of sustainability as a whole for fisheries.” Then comes the embarrassing admission that there is no way for the consumer to assess which products are sustainable and which are not.

It seems unavoidable not to conclude that notions of seafood sustainability are nothing but a farce and simply a fundraising industry that window dresses for the global fishing industry.

And if you think for one moment that eating farmed seafood is the way forward, Seaspiracy will disabuse you in no time at all. Consider just this—50 percent of all seafood production comes from farmed fish, but how can this be sustainable when the number of fish killed and processed to feed farmed fish is greater than the number of fish produced by the farms.

One of Seaspiracy‘s final darts is something about which I had genuinely had no inkling. Farmed salmon flesh is gray—the inviting pinkness you see on supermarket shelves comes from additives chosen quite literally from a color chart.

I love seafood, make no mistake, and everything from pub-cooked fish ‘n chips to sushi has been on my culinary treat list for most of my life. But no more. I am not sure how I will manage, but as of today, I will not eat seafood again unless there is some future absolute guarantee of sustainability. And given the state of our oceans and their governance, I cannot see that happening. I take no pleasure in this decision, and I lay no claim to moral high ground. I have simply come to a rather gloomy and regrettable personal conclusion.