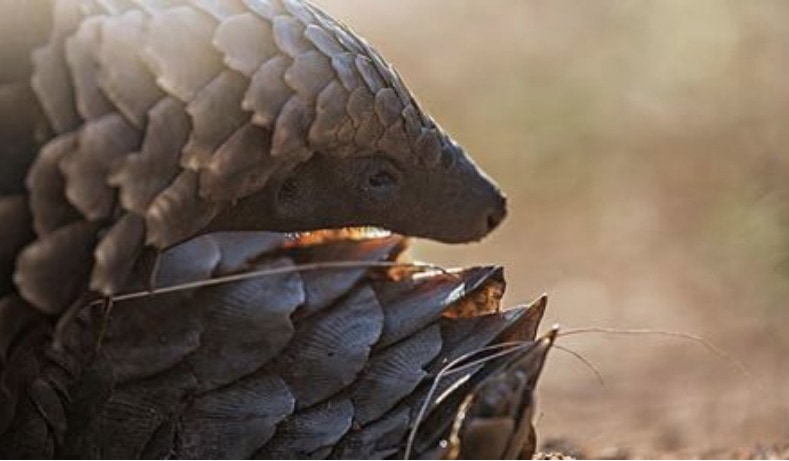 Pangolin. In 2019, there were 82 reported pangolin seizures, which were seized in or linked to the focal countries, involving a total of 155,795 kg of pangolin products. Photo: Keith Connelly, as originally published by Traffic.

BANGKOK, THAILAND: A new study released today highlights key developments in conservation legislation, outlines some of the innovative social and behaviour change communication (SBCC) research projects and campaigns, and explores illegal wildlife seizures made across Southeast Asia and China in 2019. It builds on earlier studies carried out in the same regions in 2017 and 2018 and was compiled by TRAFFIC under the USAID Wildlife Asia Activity.

The new study highlights some exciting legal changes that took place in 2019, including the introduction in Thailand of the groundbreaking Wildlife Conservation and Protection Act B.E. 2562 (2019). This landmark piece of legislation includes a new category for non-native, CITES-listed species as “controlled”, and significantly increased the maximum penalties for infractions involving species listed in the Act.

“This represents a significant step forward in strengthening legislation vital to the enforcement and prevention of the wildlife trade, and it is hoped that this will encourage other countries in the region to follow suit,” says the report.

In 2019, there were 82 reported pangolin seizures, which were seized in or linked to the focal countries, involving a total of 155,795 kg of pangolin products. This is significantly higher than in 2018 although, this is at least partly due to the greater number of data sources available in 2019, a common factor across all 2019 totals. Ethiopia to China appeared to be an increasingly used as a trafficking route for pangolins in 2019, with Viet Nam the most commonly reported end destination.

In the five target countries covered in the report, a total of 552 kg of tiger products, were seized in 2019, together with items whose weight was not recorded, and included 98 bottles of tiger wine. This was significantly higher than in 2018. Once again, Viet Nam was identified as a key country in the smuggling of tiger parts en route to China. A concerning finding was a number of incidents involving tiger bone products trafficked from South Africa to Hong Kong SAR.

A total of 380 seizures of elephant products, involving 48,217 kg of ivory, were recorded in 2019 linked to the five target countries. In addition, 60 kg of elephant skin and an unspecified amount of bone and hair was also seized. This is significantly higher—a four-fold increase—over 2018.

“Online trading is playing an increasingly important role in the illegal wildlife trade,” says the report, adding that “Another important finding is the high number of seizures that took place on the ivory trafficking route from Japan to China.”

A total of 34 seizures of rhino products either took place in the focal countries or were linked to them. A total of 519 kg of rhino products were seized, significantly higher than in 2018, which the report notes is “indicative of a possible upward trend in poaching and demand for rhino horn.” Once again, Viet Nam emerged as a prominent country in the illegal trade and end-use demand for rhino horn and an important part of the trafficking route to China.

The report includes a number of recommendations aimed at the broader counter wildlife trafficking community and including a focus on social behaviour change, improved law enforcement, increased government commitment, political will, and effective regional co-ordination.

USAID Wildlife Asia and TRAFFIC regularly collect and update documentation on the current state of wildlife trafficking to report on and analyse trends and changes in patterns of trade. This information provides an evidence base to support decision-making about priority interventions in policy, law enforcement, and consumer demand reduction.

TRAFFIC is a leading non-governmental organisation working globally on trade in wild animals and plants in the context of both biodiversity conservation and sustainable development whose mission is to ensure that trade in wild plants and animals is not a threat to the conservation of nature. More information at www.traffic.orgKEEP WITH WHAT WE DO