By NewsroomMarch 30, 2020Conservation
No Comments

The planet is currently experiencing a global extinction crisis unlike any in human history. It has become so bad that many are referring to it as the sixth mass extinction. Whether it’s directly, such as by hunting and culling, or indirectly through climate change and deforestation, it is no secret that human activity is largely to blame.

The International Union for Conservation of Nature (IUCN) classifies species based on how serious their situation is. At the bottom are “least concern” or “near threatened.” These are followed by “vulnerable,” “endangered” and “critically endangered” when a species faces a high risk of extinction in the wild. After that a species may be declared “extinct in the wild” if a few live in captivity, or “extinct” if none do.

The IUCN estimates that over 30,000 species, or 27% of all of those that have been assessed, face extinction. This includes nearly a sixth of birds, a quarter of mammals, and almost half of amphibians. 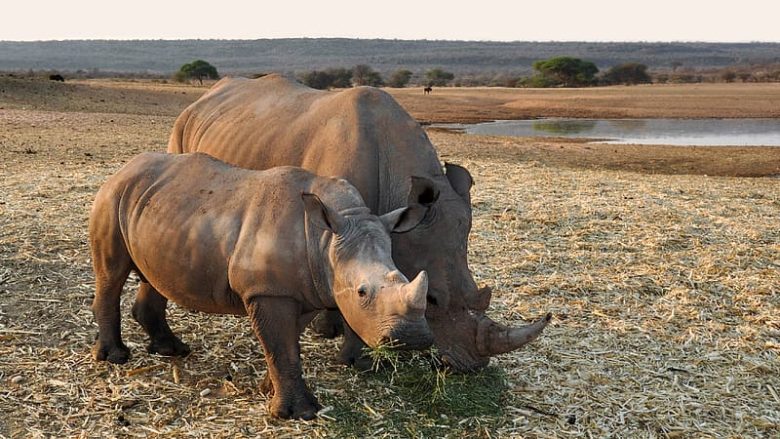 And some groups seem to be in even more dire straits than that. The International Rhino Foundation says that “two-thirds of the world’s five rhino species could be lost in our lifetime.” However, thanks to conservation efforts, hope is on the horizon for these mammals. “Ten years ago, roughly 20,800 rhinos roamed Earth,” it says. “Today, rhino numbers hover around 29,500, a 41 percent increase in a decade.”

It attributes this to conservation efforts in both Africa and Asia: “The Government of South Africa and dedicated conservationists teamed up to bring the southern white rhino back from fewer than 100 individuals in the early 1900s to roughly 20,000 today. Thanks to strict protection by government authorities in India and Nepal, the greater one-horned, or Indian, rhino has rebounded from fewer than 200 individuals to more than 3,550 today.”

And that’s the other side to this story. Because while many animals are becoming extinct, others are being pulled back from the brink and their numbers increasing. Giant pandas, China’s national symbol, are no longer endangered! The black and white bears are now classified as vulnerable.

The IUCN praises the Chinese government’s efforts to conserve them, but warns that this is not the end. “It is critically important,” the organisation said, “that these protective measures are continued, and that emerging threats are addressed.” One big threat to their numbers is climate change. Because the bears live only on bamboo, they are especially susceptible to this as more than 35% of bamboo forests could be destroyed.

While there are some that can adapt to a changing climate, many more will not be so lucky. This is something that we can see in the fossil record. The giant Spinosaurus, which some believe lived mainly on fish, could not sustain itself as the rivers around it dried up. The enormous dinosaur probably struggled to compete for food with other predators in the area as it ventured out of its favourite habitat.

In the same way, it is very likely that the size of most dinosaurs doomed them as no large land-dwelling animal survived the mass extinction 65 million years ago. “From polar bears in the Arctic to marine turtles o the coast of Africa,” the WWF says, “our planet’s diversity of life is at risk from the changing climate.”

In addition to continuing efforts to fight it, the WWF calls on us to “help people and nature adapt to a changing climate.” Warming over the past century is well under way and has been the cause of a number of ecological changes. These include changes to the growing seasons, species ranges, and patterns of seasonal breeding. On the other hand, deforestation and destruction of natural habitats can exacerbate climate change and the problems it causes. This shows that two seemingly separate issues, climate change and the extinction of species, are not separate but one and the same and it’s impossible to work towards solving either without the other.

But one of the biggest problems affecting some of the world’s rarest species is still poaching; whether sport and trophy shooting or for an animal’s body parts, including fur and other parts used in traditional medicine.

Some countries are taking great steps to fight it however. Namibia has become the first African country to actually put protection of its environment in its constitution. It has taken active steps towards restoring numbers of lions, cheetahs, black rhinos, zebras, and other large animals. Bhutan in Central Asia has guaranteed in its constitution that at least 60% of its land be forest.

One thing that is becoming clear is that the countries doing the most for conservation, including those already mentioned as well as Tanzania, Botswana, and Norway, are those whose tourist industries are heavily dependent on it. Tanzania for example is where you’ll find the Serengeti which is home to a vast array of wildlife including lions, elephants, and hippos.

While tourism in some parts of the world has been blamed for damage to the environment, these countries show that it can also be a blessing, though one which needs to be managed properly. And that’s because preserving biodiversity is vital for the planet’s future. Lack of biodiversity can be as serious as climate change and while some species are adapting to this change, some may go the way of Spinosaurus.

They also have the potential to cause a domino effect as whole food chains collapse around us. While we may think of predators such as tigers as simply killers, they play a vital role in their ecosystem and help to maintain balance. It is this delicate balance that our actions, and in some cases our economies, threaten. Each species, including humans, has its own interests and these always conflict with those of one another. But we are in a unique position in the animal kingdom. We have the ability to shape the world around us, not just for ourselves, but for other living creatures as well.