By NewsroomOctober 11, 2021October 18th, 2021Science and technology
No Comments 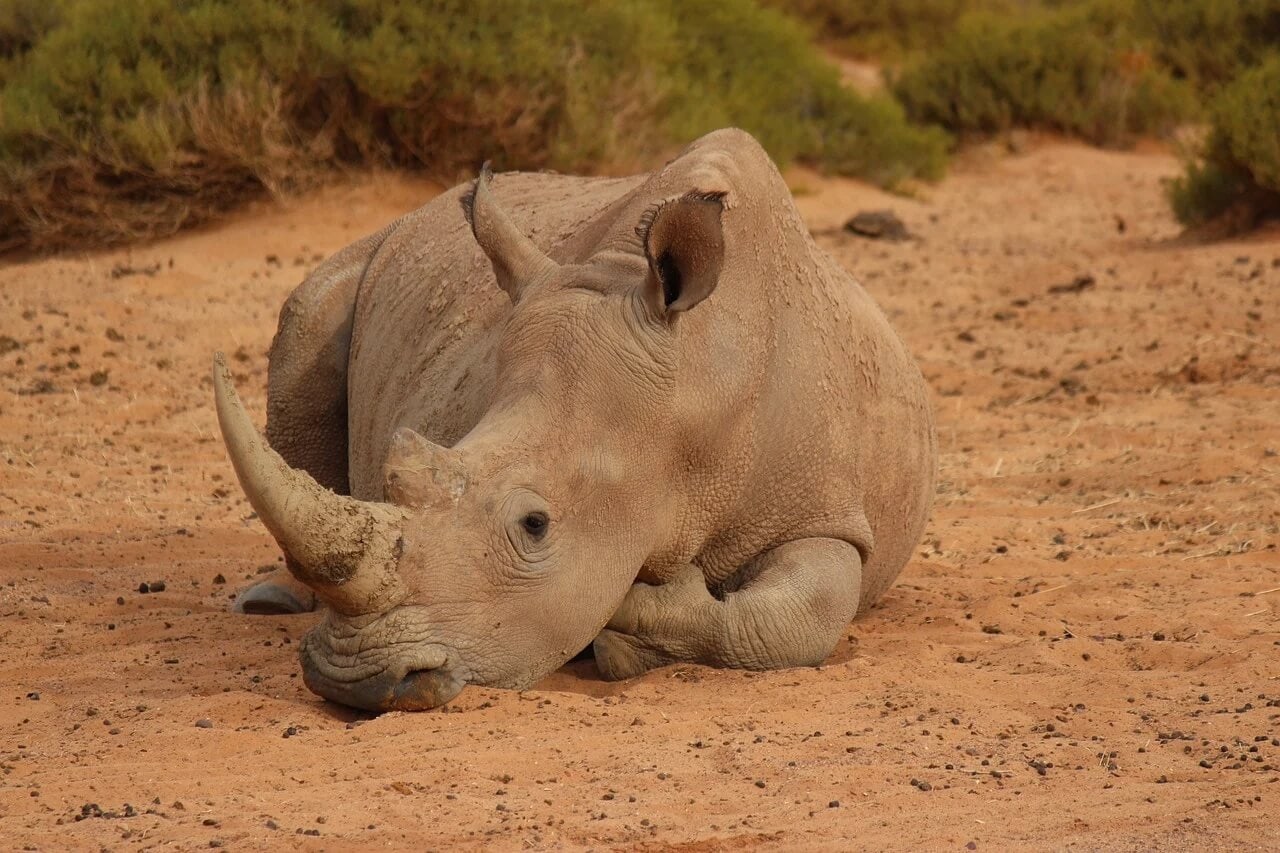 Technology is one of the keys to saving rhinos. Image: Pixabay.

Rhino poaching reached a high in 2014, with poachers killing 1,215 animals.

Conservation efforts, including implementing the technologies listed below, have resulted in rhino poaching declining yearly, with 394 rhinos killed in South Africa during 2020.

South Africa is world-renowned for its wildlife species and tourist-attracting national parks, but animals such as African rhinos are under threat — and have been for some time now.

The good news is that the country has seen significant advancements in conserving this highly-poached species and has received generous donations from international players to assist with their protection.

Previously, the measures taken to protect rhinos removed most of the horn and positioned security teams to deter poachers.

These measures were not entirely effective as many poachers would still kill the rhinos to get what little bit of horn was left and ensure they didn’t have to track a hornless animal again.

The following technologies have helped reduce poaching in South Africa without removing the rhino’s horn.

Game rangers at uMkhuze Game Reserve in KwaZulu-Natal work relentlessly to protect the rhino population within the reserve.

Protecting rhinos from the threat of poaching is no easy task, and the Covid-19 pandemic made it more difficult than ever by impacting budgets and recruitment.

The addition of seven long-range wide area network (LoRaWAN) repeater masts this year have made their job more manageable, and more importantly, safer.

Numerous white rhinos have been fitted with horn transmitters, and in combination with camera traps, the LoRaWAN system helps track rhino movements.

A new approach to curb rhino poaching that uses nuclear techniques to inject radioactive isotopes into horns has been launched in South Africa.

The Rhisotope Project will investigate the technique’s efficacy to reduce the demand for rhino horns and increase detection at international borders.

“With over 10,000 radiation detection devices installed at various ports of entry across the globe, experts are confident that this project will make the transportation of horn incredibly difficult and will substantially increase the likelihood of identifying and arresting smugglers,” Rosatom said.

The project began on 13 May and saw the injection of harmless stable isotopes into the horns of two rhinos, which will be monitored to determine how the isotopes affect the horn and the animal.

The technique and training will be made freely available to conservation groups wishing to protect rhinos against poaching once proof of concept has been established.

The detection system is the outcome of a three-way partnership between South African National Parks (SANParks), the Peace Parks Foundation (PPF) and the CSIR (Council for Scientific and Industrial Research).

Primarily funded by Dutch, Swedish, and the United Kingdom’s postcode lotteries, the system consists of several radars, cameras, and sensors, including an infrared sensor to detect incursions at night.

Postcode Meerkat has been curbing poaching within the park for five years, and the PPF has indicated that it has almost eliminated rhino poaching in high-risk areas where the portable system is in use.

“Overall, more than 95% of poacher activity in Meerkat’s deployment areas is detected, 65% of suspected poachers were arrested and 80% of rhino poaching incidents were disrupted,” the PPF said in a statement.