The Water Guy and the Law Professor.

By Peter BorchertAugust 25, 2021Editorial
No Comments 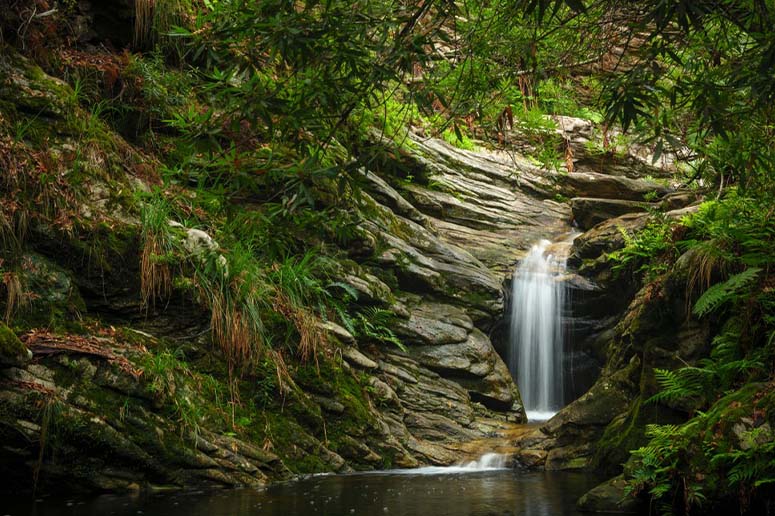 On more occasions than I care to admit, I feel a great melancholy, an overwhelming mix of sadness, despair, and anger at the state of the world. Inhumanity stalks around in our psyche, allowing tragedies like Afghanistan to unfold with every generation that passes. We appear to be incapable of curbing our appetite for more stuff at the cost of landscapes and life. And unadulterated greed is the driver of our economies.

It’s not that we don’t know what ought to be done to halt and start reversing the harm we have caused because we do. We’ve even invented an excellent model for guiding us towards the light—the Sustainable Development Goals. But governments and businesses are so damn petrified of taking the leap of faith that we have failed miserably to meet the targets set. It’s like those jumping dares of our childhood where you and some pals would line up on a high rock overlooking a mountain pool, exhorting one another to take the plunge. No one would be brave enough to go first, so in the end, you say: “On the count of three, we all go.” But you don’t for fear that the others will back out at the last moment. And no one else does for the same reason, so you’re all left on the rock pushing, shoving, and taunting each other for being chicken. Countries at the great climate and biodiversity negotiations seem no better.

I was most decidedly and profoundly invested in a blue funk earlier today when I tuned into W.W.F. South Africa’s “Living Planet” webinar: Biodiversity – for people and nature. Then, as always happens with me at such times, I remember (or am reminded of) occasions when bravery and commitment have shown themselves in moments of inspiration. A dopamine rush, almost. It was W.W.F.’s C.E.O. Morné du Plessis’ session closing reference to the South African “Working for Water” program that did it for me today.

South Africa is a water-scarce country; its annual rainfall is only just over 18 inches a year, and that for an area as large as Texas, California and Arkansas combined. Furthermore, the rainfall has a feast or famine attitude with years of widespread inundation followed by droughts that dry and scorch the earth for a decade or more. Both bring great hardship to people and their livestock and to wild animals.

Parts of the country are almost always dry, given that half the annual rain falls on only 10 percent of the land. It stands to reason that with the increasingly erratic nature of our global climate, the unpredictability of rainfall here at the southern tip of Africa is almost certain to become more so. Understandably, therefore, rainfall is a big issue in this part of the world, and any circumstance that harms or even threatens to harm precious catchments is taken seriously. But that wasn’t always the case.

In the early 1990s, I started Africa Geographic magazine (in those early days, it was known as Africa—Environment & Wildlife; the name change only came some years later). In short, it was intended as a flagship magazine for the continent as a whole, and for some 20 proud years, it performed its role with distinction. That it no longer remains as a print journal, is a sadness that still lurks in my soul. That it no longer remains in print is a sadness that still lurks in my soul. The magazine had amazing support from most of the major N.G.O.’s in this part of the world, among them W.W.F. South Africa, which at the time had John Hanks, an eminent biologist and conservationist of note, at its helm. In the run-up to the magazine’s launch, John, also a long-standing friend, introduced me to many committed people in his ambit, one of whom was Guy Preston, an environmental scientist already passionate about all things water-wise.

To say that Guy was (and I’m sure still is) an unrelenting enthusiast would be putting it mildly. He was soon bending my ear about his passion of the moment, a small, valve-like device that fitted into your shower head to regulate (and reduce) the flow. A few days later, there was a 9 o’clock knock on my front door (evening time), and there stood Guy with a box and shifting spanner in his hand. “I’ve come to sort your showers,” he announced. Half an hour and a glass of wine later, it was job done, and he had gone.

Indefatigable is the adjective that comes to mind when thinking of Guy. He subsequently wrote several articles for the magazine and was never shy to tell me what he thought of our latest issue, often in passing at the gym. Now I’m an early riser, but at six in the morning, as I would be heading for my warm-up, Guy would be drenched in sweat after a punishing session and already heading for the showers and thence to work, notwithstanding he had probably still been trading emails into the wee small hours.

Soon Guy was (metaphorically, that is) hurtling towards another individual, just as tenacious and determined. They collided in the best possible way, and the result was a water conservation program that set a global standard in its concept and execution.

Kader Asmal was a law professor, a stalwart of Nelson Mandela’s African National Congress that he had led into power in 1994, and a close friend of the great man. Asmal had been given the relatively junior ministerial post of Minister of Forestry and Water affairs, a sensible coupling given the intertwining nature of mountain catchments and forests. I’m not sure how, when, and where Preston and Asmal met, but they did and were indeed kindred spirits—the prof was aptly nicknamed “the bee;” industrious and with a sting, sensible people learned to be wary of, despite his kindly demeanor.

Soon, Guy was a “special adviser’ in the ministry and had been charged with producing a National Water Conservation Campaign to address the catchment problem child: alien invasive vegetation, regarded as the single biggest threat to the country’s biological biodiversity.

This may sound like a big claim, but when you consider that 198 of the alien plant species introduced into the country are considered invasive and that they cover some 10 percent of the land, you begin to get an idea of the size of the problem. These aliens outcompete and displace native species, thereby impeding ecosystem functioning. Also, they siphon a disproportionate amount of water from the ground and are more prone to fire, which degrades the land even further by erosion. Altogether destructive and difficult to get rid of.

Asmal had also become aware of the threat of alien invaders to the Cape’s fynbos biome, part of a largely mountain floral kingdom unique to South Africa and of unparalleled diversity. He acted swiftly, and in 1995, the Working for Water Program, focused on alien clearing, came into being with Preston charged for making it happen.

Alien clearing is highly labor-intensive, and over the 27 years since its inception, jobs and training have been provided for more than 300,000 people, many of them women, from some of the most marginalized communities in the country. The program is a platform for so many other interventions as well, including health and reproductive care, childcare services, rehabilitation for criminals emerging from the correctional system, and H.I.V. awareness education. In addition, alien clearing has created local business opportunities, including sustainable charcoal production and thriving indigenous plant nurseries.

Working for Water now runs more than 300 projects across South Africa, sponsored through government poverty relief funds and donations. Increasingly, support comes from farmers who see the value in the increased water flow from rehabilitated catchments. All in all, nearly 7.5 million acres of catchment have been rehabilitated, making it “one of the most successful integrated land management programmes in the world.” It has been so successful that the “Working for …” model is now applied to fire prevention, wetlands conservation, and reforesting.

Much still needs to be done to secure healthy catchments in perpetuity, and the task will only become more exacting as the unpalatable realities of a rapidly changing climate begin to bite deeper. But the situation would have already been at a crisis point had it not been for Asmal/Preston program. And so, it shows what can be achieved with vision, leadership, and determination, qualities seldom aligned in politics, civil society, and conservation. Guy Preston retired from the department in 2020, and sadly, Kadar Asmal, who later became Minister of Education, is no longer with us. Neither was conventional as politician or administrator, but they were true servants of the people, and together they created a magic path for effective, sustainable, and transformative conservation.

We owe the water guy and the law professor a great deal.