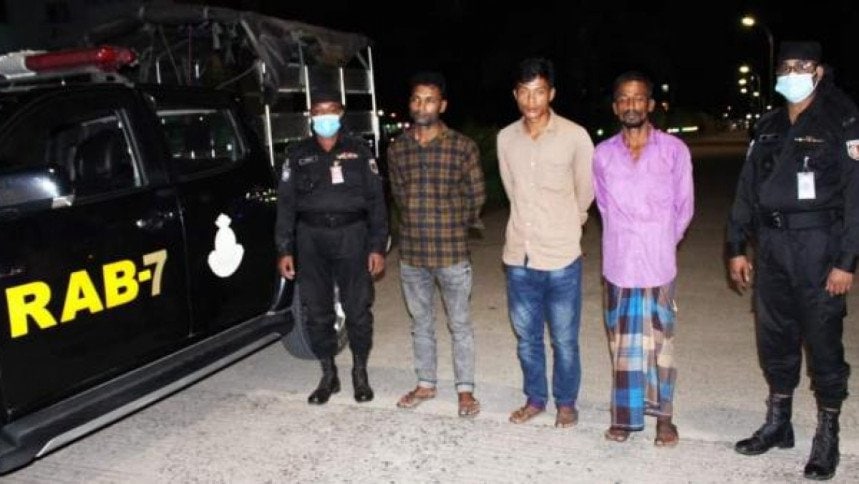 The arrested men. Image: As originally published by The Daily Star

Rab-7 conducted the drive based on a tip-off and arrested the three, said a press release today.

“Rab arrested them while they tried to flee. They confessed to being involved in wildlife trade for a long time. Further action will be taken against them,” the release added.