By NewsroomNovember 21, 2019Anti-poaching
No Comments

The South African Police Service (SAPS) in Lephalale (or Ellisras) in Limpopo have arrested three suspects for suspected rhino poaching. The three men were employees of the local game reserve on which they were arrested.

SAPS said in a statement that the suspects were aged 29, 30 and 33. They were arrested for ‘illegal hunting’ following an incident that occurred on Saturday, 16 June, said SAPS. 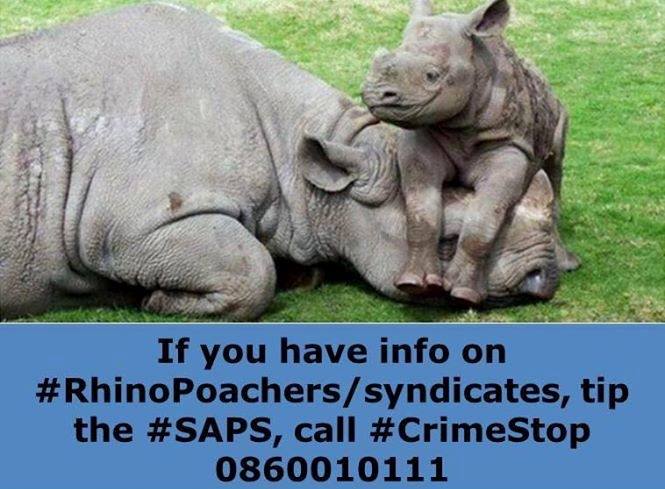 SAPS confirmed the three “were all employed at the game reserve at the time” and are allegedly responsible for killing a rhino and cutting off its horns. “The rhino carcass was later discovered by patrolling officers,” said SAPS. “The horns were valued at R75,000.”

The suspects are due to appear in Lephalale Magistrate’s court, facing charges of illegal hunting and conspiracy to poach.

SAPS said members of the Stock Theft Unit of the SAPS in Limpopo had arrested a total of eight suspects for poaching and possession of suspected stolen meat, over the past weekend. The other five suspects had stolen cows and goats.

Members of the public are encouraged to continue providing information on Stock Theft and crime in general to the SAPS by either downloading the MySAPS App or by calling the SAPS Crime Stop number 086 00 10111. Callers may remain anonymous and all information will be treated with strictest confidence.