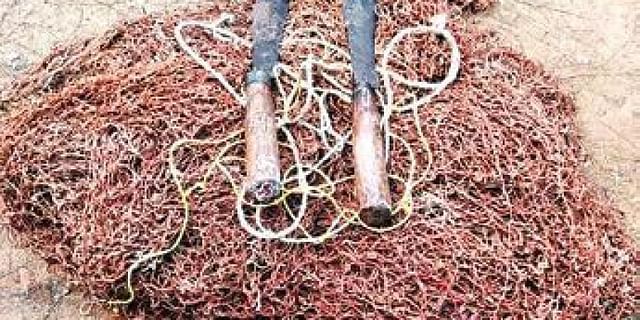 Nets and sharp weapons seized from the accused. Image: As originally published by The New Indian Express.