Three suspected rhino poachers who allegedly strayed into Bubye Conservancy in Mazunga area in Beitbridge district, where they intended to poison wildlife were on Thursday denied bail by the High Court.

They were found in possession of a pesticide which they intended to poison rhinos, which are a protected species.

The trio through their lawyer Ms Primrose Ncube of Ncube and Attorneys, filed an application for bail pending trial at the Bulawayo High Court citing the State as a respondent.

Justice Thompson Mabhikwa ruled that the trio were not proper candidates for bail and dismissed their application. 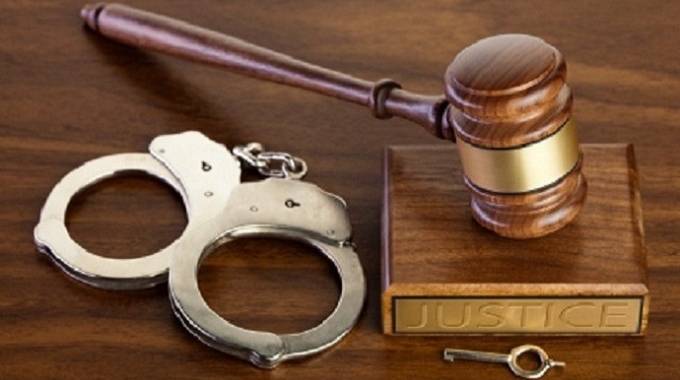 Original image as posted by The Chronicle

“The three applicants are facing a very a serious offence and there is no guarantee that if they are released on bail, they would not contemplate absconding. It is the court’s finding that under these circumstances you don’t qualify for bail and accordingly the application is dismissed,” ruled Justice Mabhikwa.

In their bail statement, the trio argued that there were no compelling reasons warranting their continued detention.

They further contended that there was no evidence linking them to the alleged offence.

They said the game scouts and police were falsely framing them after realising that they were likely to report them for assault.

“I am convinced that the respondents have no compelling reasons to deny my clients bail and the onus is on the State to prove so. There is no evidence linking them with the offence and this matter has no feet to stand on,” said Ms Ncube.

She allayed the State’s fears that her clients would abscond if released on bail.

“There is no reason for the applicants to abscond as the State case is weak. The accused persons have no previous conviction or any pending court case,” said Ms Ncube.

The trio had offered to pay $500 bail each and to report at Beitbridge Police Station once a fortnight.

They had also offered to continue residing at their given addresses until the matter is finalised as part of the bail conditions.

The State, which was represented by Mr Kudakwashe Jaravaza opposed the application, arguing that they were likely to abscond due to the gravity of the offence.

“The three applicants initially pleaded guilty to the first count of possession of a hazardous substance in violation of Statutory Instrument 268/18 of the Environmental Management (Control of Hazardous Substances) Regulations 2018. They were convicted on February 10, 2020 pending sentence before they changed the plea to that of not guilty,” said Mr Jaravaza.

“I submit that while bail is a right, the applicants are faced with a strong State case and clearly if released on bail they will abscond.”

According to court papers it was stated that on February 8, the trio allegedly entered Bubye Conservancy after scaling the fence and their intention was to poach rhinos.

The following day at around 7am, security guards manning the perimeter fence spotted some footprints and they got suspicious and alerted game scouts.

The game scouts teamed up with ZimParks rangers and followed the footprints which led them deep into the conservancy.

During tracking, the team came across some poison laced green mealies and cabbages along the way. They continued following the footprints and found the three accused persons. On being quizzed the trio failed to give satisfactory responses leading to its arrest.

On being searched, the game rangers recovered a machete, hacksaw, blades and the pesticide.

The accused persons led police detectives into the inner part of the conservancy and recovered six cobs of green mealie and two cabbages sprinkled with some pesticide.

The loot was deliberately dumped in an open space so that rhinos could consume and die.