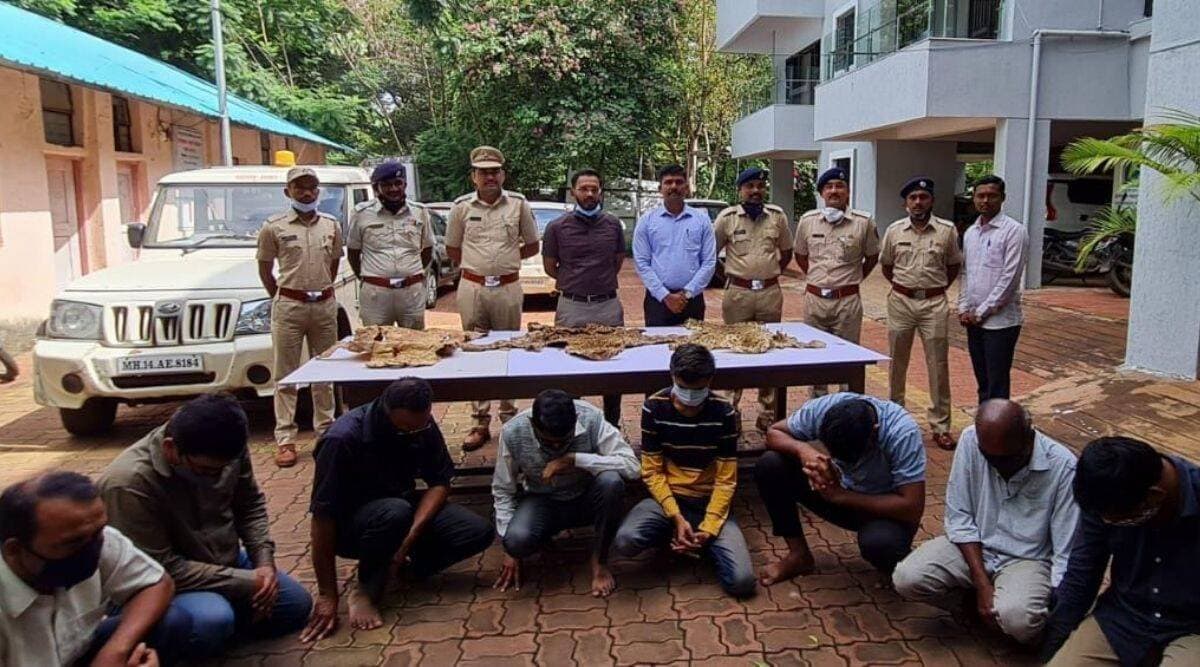 Forest department and WCCB arrested five more persons from Saswad in Pune district, and from them another leopard skin and one tiger skin were recovered. Image: As originally published by the Indian Express.