Tigers increasingly on the prowl in Mhadei wildlife sanctuary 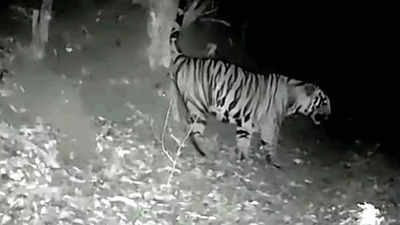 Presently, the sanctuary has three female and one adult male tiger. Image: As originally published by Times of India.