In recent years, ports in Tanzania have come under increased scrutiny given their vulnerability to the illegal wildlife trade. Last year, 57 representatives from port stakeholder groups in the area met to discuss possible solutions to the problem. Why has this crime been allowed to proliferate in the area and what can be done to tackle it?

The port city of Dar es Salaam in Tanzania is one of the fastest growing cities in the world. Handling around 95% of the country’s international trade, it is a key port on China’s ‘Maritime Silk Road’ and Tanzania’s main arrival and departure point for tourists. Every year, over a million people arrive in the city, many of them going on to enjoy a safari in one of the country’s 16 national parks.

Unfortunately, the port’s commercial clout makes it vulnerable. Along with other ports throughout the region, Dar es Salaam is on the frontlines of the illegal wildlife trade. Between 2009 and 2015, over 10,000 unique pieces of ivory were seized at Tanzanian seaports. Other items seized have included leopard skins, shark fins, rhino horn and pangolin scales. 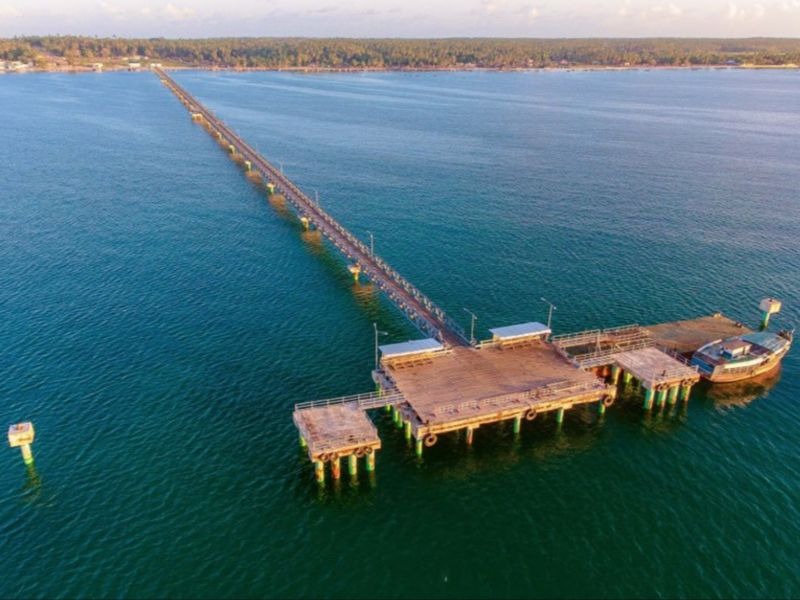 “The increasing demand for wildlife products from the East has fuelled the poaching of African wildlife,” says TRAFFIC senior programme officer Monica Zavagli. “The strategic location of the Port of Dar es Salaam and, to a lesser extent, the Port of Zanzibar, provides traffickers with access to international trade routes and markets as well as the container shipping industry.”

As an NGO working globally on the wildlife trade, TRAFFIC has paid close attention to the situation in Dar es Salaam. Last July, it joined forces with the United Nations Development Programme (UNDP) and the United Nations Office on Drugs and Crime (UNODC) to host a three-day Port Stakeholders Workshop in the city.

This workshop, which attracted 57 representatives from a wide range of stakeholders, looked at how the crime occurs and what to do about it. Specifically, it addressed the ways that wildlife traffickers exploit the vulnerabilities in maritime supply chains, and how detection and interception might be improved at a port level.

Participants discussed why it’s so important to embed anti-trafficking measures into existing security systems. They also agreed that this is everybody’s problem – customs, law enforcement and the maritime sector need to work together to address the illegal trade.

Wildlife Trafficking in Tanzania: The Scale of the Problem

According to 2016 estimates, illegal wildlife trafficking generates between $5bn and $23bn in revenues every year. Conducted predominantly by organised networks, it is the fourth largest criminal market in the world. It is also one of the most lucrative, with the per-kilo retail value of some wildlife products exceeding that of cocaine.

Unfortunately, this shadowy trade’s incidence is growing globally, which means further biodiversity loss at a time when many species are already imperilled. It also poses a threat to national security and stability, fuels corruption, and damages tourism. Research suggests $25m is lost to African countries every year as a result of elephant poaching.

Pertinently at a time when COVID-19 is sweeping the globe, it poses risks to global health too, by bringing animals into close contact with people and encouraging the spread of disease.

“The illegal trade in wildlife has long been an extremely profitable business and considered very low risk by traffickers,” says Zavagli. “In general we could say that weak legislation, lack of enforcement capacity and corruption have been some of the key enabling factors exploited by traffickers to smuggle wildlife and its products out of African countries to supply the demand in Asia.”

The good news is that this is beginning to change. Thanks to improvements in legislation, there have been more arrests and prosecutions, and higher penalties imposed for wildlife trafficking. In fact, the last reported seizure at a Tanzanian port took place nearly five years ago, in August 2015.

“In 2014, Tanzania established a National Elephant Action Plan, a National Ivory Action Plan, and a national strategy to combat the illegal wildlife trade,” says Zavagli. “Between 2015 and 2019, significant progress was made with clamping down on poaching and trafficking, in part thanks to the strong political will by [Tanzania’s] President Joseph Magafuli.”

The bad news is that criminals are nothing if not adaptive, frequently altering their routes and methods of concealment in a bid to avoid detection.

One of the main vulnerabilities is the fact that personnel don’t always know what they’re looking for. Exports are often viewed as low priority compared to imports and revenue collection – which means the containerised cargo used to traffic wildlife may slip under the radar.

“Ports should introduce continued awareness-raising and employee capacity-building – if you know what you’re looking for you’re more likely to find it,” says Zavagli. “Having an effective automated cargo risk profiling is very important, and it can be enhanced with the help of red flags specific to the illegal wildlife trade. Shipping companies and freight forwarders should also incorporate these red flags into their own risk assessments.”

Following last year’s workshop, which was regarded as a great success, TRAFFIC is looking to replicate the format at other high-risk ports. A second Port Stakeholder Workshop took place in Mombasa, Kenya, in October, and there are others across Africa and Asia in the works.

Zavagli thinks that, while the air industry has already stepped up to address wildlife trafficking, the maritime sector is lagging behind. That said, awareness is on the rise.

“A number of shipping firms, along with the IMO and ICS, have signed the Buckingham Palace Declaration under the United for Wildlife Transport Taskforce, committing to put in place systems to tackle the problem,” she says. “There have been several case studies in Africa and Asia where the industry has participated in combatting the illegal wildlife trade.”

This has meant working with customs and law enforcement agencies to deter illegal shipments. It has also meant introducing e-learning platforms for staff and installing container X-ray scanners, among other initiatives.

“Seaports are bottlenecks that constrain wildlife trafficking and provide a great opportunity for detection and interception of this contraband,” says Zavagli. “But we need to improve information exchange between government agencies and the shipping sector. Everyone has a role to play in tackling wildlife trafficking.”