Tipping the scales: pangolins back in Zululand for first time in 70 years 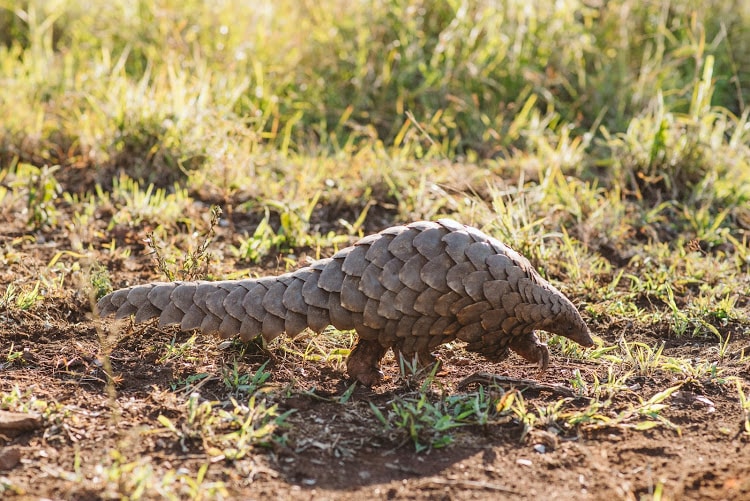 For the first time in 70 years, pangolins are being reintroduced to the Zululand area of KwaZulu-Natal. Image: As originally published by Sunday Times Daily.

For the first time in some seven decades, the distinctive scaled bodies of the pangolin will be seen in KwaZulu-Natal’s Zululand region.

It is a critical step in helping to conserve and protect the endangered Temminck’s Ground Pangolin, the world’s most trafficked animal, according to the UN.

“Estimates of how many pangolins have been illegally traded in recent years are difficult to calculate given that seizures represent a small fraction of the animals killed. However, the magnitude of the illegal trade based on seizure records suggests that wild sourcing is unsustainable, while breeding of pangolins in captivity at commercial scale is not possible.

“Between 2014 and 2018, the equivalent of 370,000 pangolins were seized globally, suggesting that millions have been trafficked and killed,” the UN’s Office on Drugs and Crime said last year.

On World Pangolin Day on Saturday, it was announced that the iconic species would be reintroduced to Zululand for the first time in 70 years. The Manyoni Private Game Reserve — in close collaboration with the African Pangolin Working Group, HSI Africa and Johannesburg Wildlife Veterinary Hospital — is one of the sites for the reintroduction.

“With hardened scales made of keratin to protect their soft bodies, and the ability to roll up into a tight ball when threatened, the pangolin is an incredibly prehistoric-looking creature. Much like the rhino horn, the pangolin scales are highly sought after in the illegal wildlife trade.

“The individuals in this programme were poached from the wild and rescued in sting operations conducted by SAPS and Green Scorpions. Pangolins do not have vocal cords and their only defence is to roll into a ball and lie very still. Sadly these defensive mechanisms make them extremely vulnerable to poachers and very easy to conceal them.

“While in the hands of poachers these pangolins deteriorate due to stress, dehydration and lack of food. But there are people fighting against this trade and each animal rescued is given a second chance at life,” said Nicola Gerrard of Love Africa Marketing.

Manyoni MD Karen Odendaal said bringing the species back to its historical range was “bittersweet”.

“It is great to be part of such an amazing conservation programme but so sad that they became locally extinct in the first place,” she said.

“We need a number of resources such as vehicles, personnel and specialised equipment. Once an individual arrives on site, they undergo a multistage soft release process which is tailored for each animal and can last up to four months before the final release phase. Thereafter, they are monitored very closely using specialised satellite tracking devices to track their movements and locate them daily to check their weight, tick load and general condition,” Seirra said.

In the case of the reintroduction of the Temminck’s Pangolin to Zululand, the animals need around the clock monitoring to ensure they acclimatise, find suitable food and gain weight.

“The Zululand Conservation Trust has been involved in the hands-on monitoring and soft release process, and have funded the equipment needed to ensure reliable monitoring. The Temminck’s Pangolin has not roamed Zululand for nearly 70 years, and so this is a historic moment for us and an incredible project of proactive conservation of an extremely endangered species,” said Frances Hannah, ZCT project coordinator.

In another bit of good news, TimesLIVE reported on Saturday that a ward in the Johannesburg Wildlife Veterinary Hospital was being fitted with hi-tech equipment for pangolins that had recovered from poaching or trafficking.

“When they come to us they have been in a cage, backpack or bucket without water or food for many days. Some for up to a month,” said Karin Lourens, the vet who founded the hospital four years ago with rehabilitation specialist Nicci Wright. “Besides being malnourished and dehydrated, they often have hidden complications like pneumonia and post-traumatic stress disorder.”

“Their trauma isn’t just physical but psychological too. Treating their emotional scars is a vital part of the pangolin healing process,” she said.

The plan for the new ward was disclosed at the weekend by Investec, which said the project was an extension of its eight-year-old Rhino Lifeline.

An article on Investec’s website said the hospital had treated 138 Temminck’s Pangolins since it opened, with up to 10 patients at one time.

Because pangolins are solitary and nocturnal, Lourens said it was best to treat them away from the hospital’s noise and temperature fluctuations.

“We’ve learnt that the optimal temperature for pangolins is 23°C which is the average temperature in their burrows in the wild. Any care they receive needs to be done in a dedicated space just for them,” she said.

Pangolins that arrive at the new ward are stabilised for about three days before the start of rehabilitation — a process that can take from a few months to a year.

Each animal is fitted with satellite and VHF telemetry tags so they can be tracked.

“Pangolins can cover up to 10km a night when foraging. As nocturnal mammals they feed at night and on average consume about 10% of their body weight in one night,” said Wright.

“They’re incredibly quiet, stealthy creatures and they go into burrows — so it’s remarkably easy to lose track of them. They’re like the ghosts of the animal kingdom.”

The African Pangolin Working Group said pangolin scales have been used in traditional medicine for centuries in Africa, and the animals are also poached for bush meat.

“Recently the commodity chain has changed, with Asian development in Africa leading to an increase in demand for pangolin scales in countries like China, Vietnam and Malaysia,” said the Investec article.