Top dog: Scout is off to South Africa to save rhinos from poachers

A specially trained Irish guard dog is to be sent to a South African wildlife reserve in a desperate bid to protect rhinos from ruthless poachers.

The Dutch Shepherd, 14-month-old Scout, was trained by Rory Hennebry and Padraig O’Keeffe of Munster Canine and donated to the South African reserve where wildlife rangers have been fighting a losing battle against heavily armed poachers.

The Munster Canine team has used its dogs to help in the training of Ireland’s special forces, the elite Army Ranger Wing. 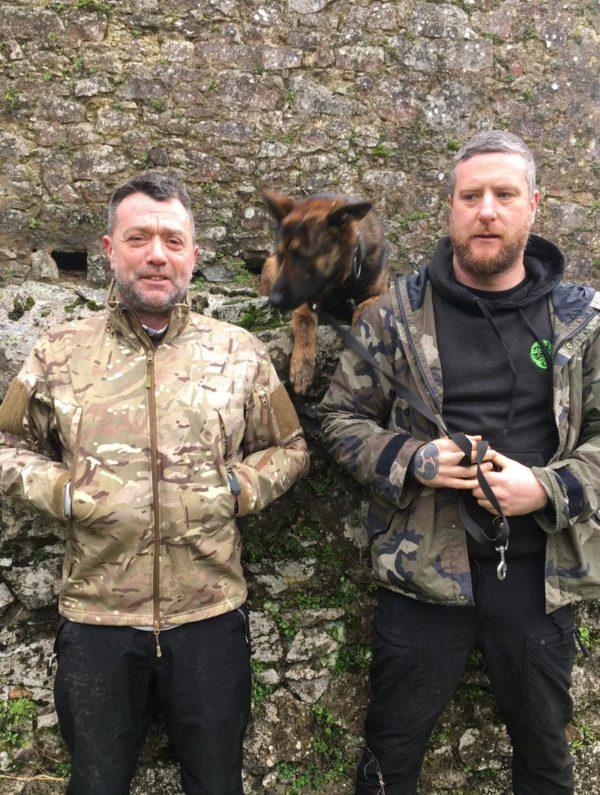 Original photo as published by Independent.ie

A fully trained combat tracking dog can be worth almost €30,000, and the South African reserve now hopes that Scout will help protect the rhinos, park rangers and even reserve personnel. “Dogs like Scout live in a world of scent and that is the huge advantage they bring to a situation like this,” said Rory.

The rhino population at the reserve has been ravaged by poachers who slaughter the animals for their horns. The horns are hacked off the animals with an axe after they are shot by poachers with high-powered rifles.

The horns are then sold on the black market – usually destined for Asia, where they are seen as a valuable ingredient in local ‘medicines’.

A total of 13 of the reserve’s 32 rhinos have been killed over the past two years, with poaching gangs so heavily armed that ranger teams must themselves carry assault rifles for personal protection.

Rory and Padraig will bring Scout from Co Cork to South Africa in April thanks to the support of Dean Lowe of Pet Express Transport. An intensive training course will then help adapt the Irish dog to his new bush environment.

Padraig – a former French Foreign Legionnaire – said the campaign to help protect endangered species was something they wanted to fully support. “If the poaching of rhino continues at its current rate there will be no rhino left in the wild in the next five to 10 years,” he said.