By NewsroomAugust 3, 2021Wildlife Trade
No Comments 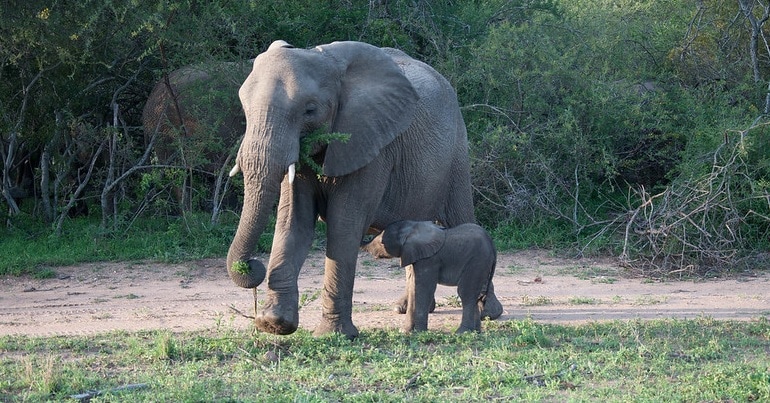 A mother elephant and her baby roam. Image: jagermo / Flickr

The UK government proudly announced that one of “the world’s toughest bans on ivory sales” had become law in December 2018. It described the ban in the Ivory Act as “world-leading”. But two and a half years later, the act still hasn’t come into force.

A group of NGOs recently wrote to the government over the unjustifiable delay. As they point out, other countries have since taken steps “to introduce domestic ivory trade bans”. So, rather than being a ‘world leader’ on the matter, the UK now risks lagging behind others in cracking down on the trade.

The wrong kind of world leader

The UK has in fact had a legitimate claim to the title of ‘world leader’ in relation to ivory over the last decade. As The Canary reported in 2017, the Environmental Investigation Agency (EIA) revealed that it was the world’s largest ivory exporter. Analysis by the agency showed that between 2010 and 2015 the UK “exported 370% more ivory items globally than the next highest exporter, the USA”.

In light of this role, the UK’s Ivory Act is particularly vital in curbing the legal trade. There’s ample evidence to show that legal sales fuel the illegal trade in ivory. As the EIA’s executive director Mary Rice has said:

“Our investigations have revealed time and again that parallel legal markets for ivory confuse consumers as to ivory’s acceptability as a commodity, stimulate new demand, provide a front behind which to launder poached ivory and ultimately drive the illegal ivory trade which has so devastated elephant populations.”

Earlier this year, the International Union for Conservation of Nature (IUCN) listed African savanna elephants as endangered and African forest elephants as critically endangered on its Red List of Threatened Species. It cited poaching for ivory and habitat loss as key factors in their “population declines”. Trophy hunters also regularly target elephants. The African Wildlife Foundation calculated that 81,572 savannah elephant hunting trophies were exported from the continent between 2001 and 2015.

The EIA says that around 8,750kg of ivory have been seized worldwide since the Ivory Act passed in 2018. As it notes, this indicates that the ivory trade “remains a real threat to elephant populations”. So, the EIA joined with 14 other organisations on 30 July in calling for the government to implement the act “as a matter of urgency”.

The groups, which include Born Free, Action for Elephants UK, and Four Paws, have formally written to ministers over the “unreasonable delay”. In the letter they acknowledge that Brexit, the pandemic, and a failed legal challenge to the ban by a group of antique dealers have contributed to the hold-up. But they say these factors “do not justify” what would be a three-year delay if government doesn’t enforce the act by the end of 2021.

The signatories also highlight their concerns about the government’s proposals for implementing the ban. The Department for Environment, Food and Rural Affairs (DEFRA) held a consultation on those proposals earlier this year.

The government’s failure to enforce the Ivory Act, years after its passing, should give pause for thought to many.

In 2021, the government has introduced a number of legislative plans related to humans’ relationship with and impact on other animals, such as the Animal Sentience Bill and the Animals Abroad Bill.

Clearly, it would be unwise for anyone to hold their breath while waiting for the government to get these ‘first of a kind‘ provisions up and running.