Trading Years for Wildlife: An investigation into wildlife crime from the perspectives of offenders in Namibia 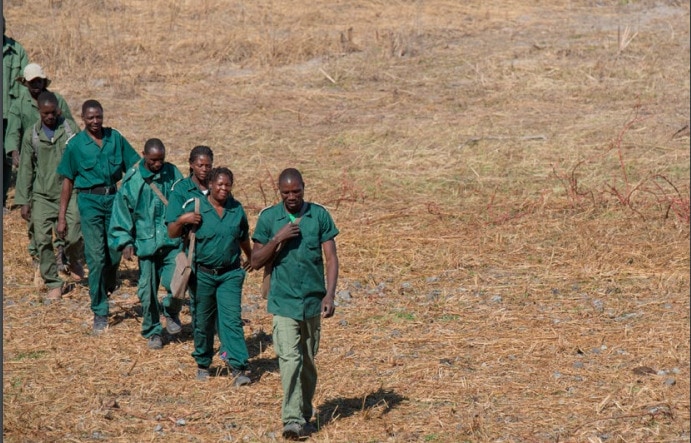 PRETORIA, SOUTH AFRICA: Wanting to provide for a family or the lack of financial security are cited as key motivators for people caught illegally trading wildlife in Namibia, according to a new report released today by TRAFFIC.

Trading Years for Wildlife lifts the lid on why 45 offenders who are incarcerated in six different Namibian Correctional Service facilities, turned towards the illegal wildlife trade. The investigation, which took two years, reveals how economic, social, nutritional, and functional factors motivated the offenders to commit the crimes they are now serving sentences for.

“The illegal wildlife trade is a complex issue. Gaining a better understanding of the who, what, where, why, and how questions surrounding so many aspects of this trade is important to inform both law enforcement and preventative strategies such as behaviour change strategies and complementary alternative livelihood schemes,” said Miss Dominique Prinsloo, TRAFFIC’s Project Support Officer and author of the new study.

The research also reveals that many lacked an understanding of the repercussions of being arrested and the impact that would have on their families. Custodial sentences being served by the offenders ranged from one to 14 years with some receiving direct imprisonment, with no option of paying a fine to be released.

A Statement from One of the Interviewed Offenders

“These findings present a clear opportunity to develop social and behaviour change and prevention strategies, that engage community members who may lack employment options and reliable sources of income, thus driving them towards illegal wildlife trade,” said Gayle Burgess, TRAFFIC’s Behaviour Change Programme Leader and a contributor to the report.

“Many offenders only become familiar with the realities of imprisonment in the first few months of their sentence, with many indicating that separation from their families and not being able to support them as the main consequences,” described Miss Prinsloo. “The offenders interviewed traded their time spent with their families for the consequences of their decision to engage in wildlife crime—incarceration.”

The report reveals how some offenders identified the Zambezi Region of Namibia, which lies within the Kavango-Zambezi Trans-Frontier Conservation Area (KAZA TFCA), as the local hub for trading of wildlife products. The KAZA TFCA includes a large cross boundary area in Southern Africa where the international borders of five countries converge (Angola, Botswana, Namibia, Zambia, and Zimbabwe).

The KAZA TFCA protects many elephant and other wildlife moving through a string of wildlife dispersal areas.

It is well-known that wildlife trafficking is transboundary in that people and products move between source and demand countries, as well as in between. The nationalities of the offenders included in the study were Namibian, Angolan, Zambian, Zimbabwean and Chinese. Many of these offenders had travelled to Namibia to trade in wildlife products but were then apprehended and convicted of wildlife crimes and were incarcerated in Namibia.

The research highlights several recommendations including the need to review the legal framework for sentencing and the application process for legal aid as well as looking into issues surrounding court case procedures such as delays in appearances.

It is also recommended that TRAFFIC extend this research to include interviews with wildlife crime offenders in Namibia’s neighbouring states in the KAZA TFCA and consumer states, with an emphasis on those offenders at higher-level syndicate positions within the supply chain, such as the middlemen linking the source, supply and consumer countries.

Further recommendations consider when strategies are designed to inhibit engagement in the illegal wildlife trade, these should include “up-stream” preventative interventions, such as behaviour change strategies and complementary alternative livelihood schemes that have the potential to dissuade the lower-level operatives from involvement.