Trophy hunting in SA is not economically justified

By NewsroomMarch 23, 2022Hunting
No Comments 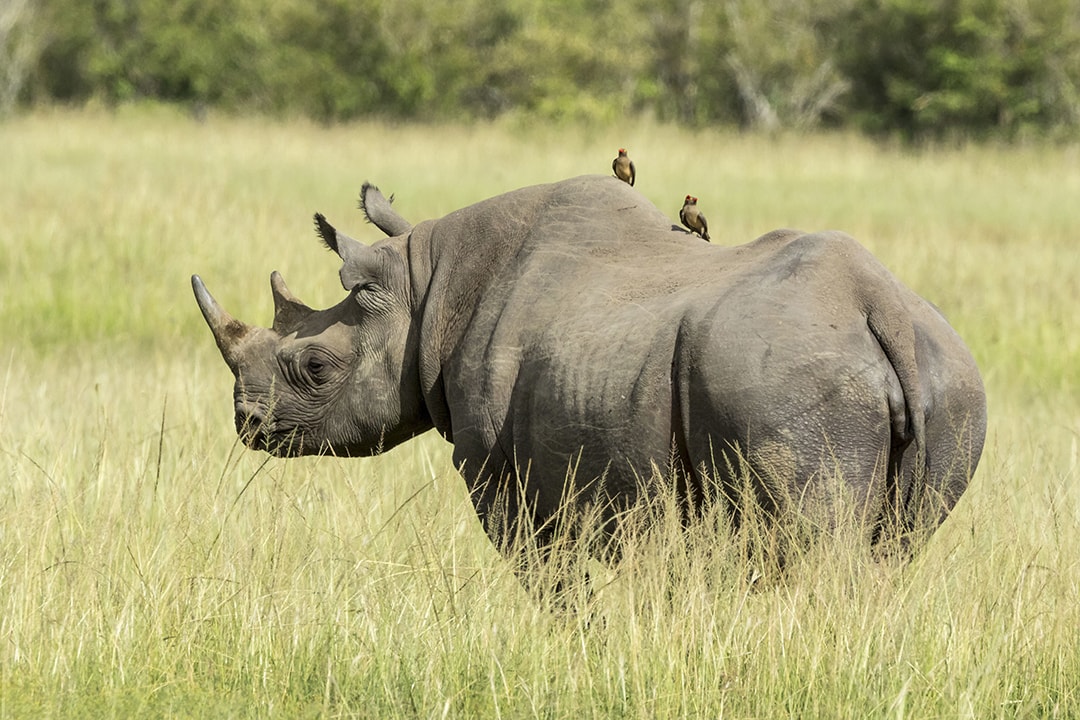 On Friday 25 February 2022, Minister of Forestry, Fisheries and Environment (FFE), Barbara Creecy announced that a trophy hunting quota had been set for 10 black rhinos, 10 leopards and 150 elephants for 2022. In other words, hunters are now at liberty to apply for licences to shoot imperilled animals that will literally be reduced to wall trophies.

The statement claimed that trophy hunting creates economic incentives that promote conservation. It went on to state that: “It also provides a useful wildlife management tool and is used as a means to remove (mostly) excess males from a population, while revenue is generated at the same time to cover the costs of conservation efforts”.

In our new Good Governance Africa (GGA) report, we question whether the government has good grounds on which to determine trophy hunting quotas or promote trophy hunting as a conservation tool, especially on economic grounds. The report was commissioned as an independent study by Humane Society International-Africa (HSI-Africa). Its brief was to ascertain the economic value of trophy hunting against its potential alternatives.

Our report is clear that the economic evidence in favour of trophy hunting is flimsy at best. Despite the repeated soundbite that trophy hunting provides economic revenue for conservation that would otherwise not be available, there is only one peer-reviewed research article that suggests that this might be true. And that is a generous reading, as the paper does not consider the ecological or economic opportunity costs of trophy hunting. It simply states that it provides economic value.

Even this last claim is dubious. The study authored by Professor Saayman and his co-authors claims that the “total impact of trophy hunting on the South African economy is US$341 million”. Our GGA report states that: “If accurate, as a proportion of total tourism expenditure in 2019 (the last pre-Covid figures) – worth US$17.9 billion – trophy hunting represents about 1.9% of the total tourism value to the country. The 17,000 ‘employment opportunities’ claimed in the study also represent only a tiny proportion of the 1.46 million jobs generated through tourism in 2019. In context, the total value, including multiplier effects, is miniscule even if one overlooks the methodological challenges to the study.” We also quote a study which shows that non-consumptive biodiversity tourism accounts for roughly 90,000 jobs, which are more sustainable than trophy hunting jobs.

This seems to be especially the case in the Associated Private Nature Reserves (APNR), private land parcels joined together on the boundary of the Kruger National Park. Balule, Klaserie, Timbavati and Umbabat all allow trophy hunting (and these make up roughly 90% of the APNR surface area). Fortuitously for these wealthy few landowners, the Kruger fence was dropped in 1996. So now private returns (trophy hunting revenue) accrue from animals that belong to the South African public.

This is the very definition of a negative externality – a divergence between private returns and social costs. The trophy hunting revenue that accrued in 2019 from these reserves was R45.8 million, of which elephant bulls accounted for a full R25.15 million. However, only R17 million goes back into conservation, and only 9.12% of that is allocated to “Community Outreach”. Employment across all reserves is only 1,738 people.

Moreover, our report shows that the idea that only “excess males” will be hunted for trophies is a misnomer. First, it is doubtful that there is such a thing as “excess males” in free-roaming elephant populations. In a country that is trying to diversify the gene pool of elephants across all our reserves, the APNR alone is removing 47 of them per year. Second, hunters are after trophies of animals in their prime. This highlights a governance problem with the industry, in that many lions and leopards are shot below the stipulated age of six years.

From a purely economic governance perspective, the state’s own ‘sustainable use’ model would require that a ‘Maximum Sustainable Yield’ be established from which to determine a quota of animals that can technically be removed without impairing population growth. Such a number cannot simply be derived on the basis of ‘stable and growing populations’, as the removal of prime males negatively affects elephant populations in myriad ways. Moreover, leopards are increasingly being persecuted by game farmers breeding plains game intensively for exotic trophies. This does not advance conservation and brings into question whether wildlife ranching is merely producing game numbers instead of truly advancing conservation.

The GGA report shows that the government’s commitment to trophy hunting as a conservation tool on economic grounds is dubious. The opportunity costs are high and typically unaccounted for in this simplistic promotion of a highly extractive hobby. For the government to argue that “hunting is a part of SA heritage and culture” is sleight of hand. To shoot imperilled species such as leopards, rhino and elephants for trophies is, instead, to promote a colonial practice of extraction, hardly an inherited culture.

Finally, the GGA paper states that: “There is next to no evidence that trophy hunting has been, or will be, well governed in South Africa. Even if it was, the fact that the practice may directly undermine other economic activities such as non-consumptive tourism, is a good governance reason to abandon the practice and condemn it.”

To read the full report, click here. Ross Harvey, Director of Research and Programmes at GGA, was the lead author on the report. He was ably supported by the Governance Insights and Analytics team: Chrissy Dube, Monique Bennett and Pranish Desai.