A Fish and Wildlife Service spokesperson confirmed Seidman’s appointment in a statement to HuffPost on Friday, calling her “an effective, innovative leader with 20 years of legal and policy experience, including expertise in international environment and natural resource management.”

The Safari Club has close ties to the administration ― its political action committee donated $11,000 to President Donald Trump’s 2016 campaign ― and is one of several groups that successfully lobbied Trump’s Interior Department to roll back prohibitions on importing the trophies of lions and elephants killed for sport in certain African countries.

Seidman was Safari Club’s top litigator for two decades and most recently served as director of its legal advocacy and international affairs arm, according to the organization’s website. In that role, she led several lawsuits against the U.S. Fish and Wildlife Service and other federal agencies, including challenging a 2015 Obama-era regulation that prohibited aggressive predator control tactics in national preserves and refuges in Alaska. 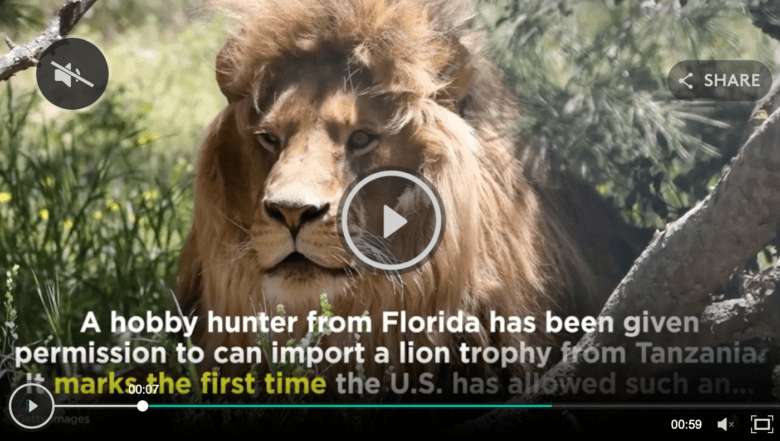 Founded in 1972 and based in Washington, SCI is an advocacy group with more than 50,000 members that focuses on “protecting hunters’ rights and promoting wildlife conservation.” It has been criticized for giving out awards — with names like “Grand Slam African 29,” “African Big Five” and “Bears of the World” — to hunters who kill exotic and sometimes threatened species, including elephants, rhinos and polar bears.

SCI’s sister organization, Safari Club International Foundation, is a former client of Interior Secretary David Bernhardt’s. Bernhardt worked as a lobbyist for oil, gas and other special interests before joining the Trump administration.

As assistant director of FWS’s international affairs program, Seidman will lead a team responsible for implementing international conservation treaties and protecting at-risk wildlife populations and their habitats around the globe. She replaces Eric Alvarez, who has served as acting chief for two years.

SCI did not immediately respond to HuffPost’s request for comment Thursday.

SCI has been a major supporter of the Trump administration and its pro-hunting agenda. And under former Interior Secretary Ryan Zinke, the department made quick work of fulfilling trophy hunting groups’ wish list, as HuffPost previously reported.

In late 2017, the Interior Department came under fire when it lifted Obama-era bans on importing elephant and lion trophies from Zimbabwe and Zambia ― a decision first made public by Safari Club. Facing public backlash, Trump suspended the department’s decision and condemned big-game trophy hunting as a “horror show.” A day later, SCI sent out a “call to arms,” in which the group encouraged hunters to complain to Trump and Zinke and blasted “hysterical anti-hunters and news media outlets.”

FWS subsequently issued a memo in March 2018 indicating it would consider permits to import trophies taken from elephants, lions and bontebok, a species of antelope, hunted in several African countries on a “case-by-case” basis.

Later that year, Steven Chancellor, an Indiana coal executive who raised more than $1 million for Trump’s 2016 campaign and was then a member of the Department of the Interior’s advisory hunting council, obtained permits to import the heads and hides of at least three male lions from Africa.

Safari Club has been part of the revolving door at Trump’s Interior. Last July, Ben Cassidy, a former lobbyist for the National Rifle Association, left a high-ranking Interior post to to become Safari Club’s new director of government affairs.

His departure from the Trump administration came less than three months he got wrapped up in a formal Interior Department ethics investigation.