By NewsroomMay 10, 2020Uncategorized
No Comments

WASHINGTON, D.C.: Today, Campaign for Accountability (CfA), a nonprofit watchdog group that runs the Tech Transparency Project (TTP), released a new report revealing that pangolins, one of the world’s most trafficked mammals, are being openly sold on Facebook. Recently, pangolins have emerged as a possible conduit in the transmission of Covid-19 to humans, making the trade even more alarming. Despite Facebook’s policy banning the sale of endangered and other animals or their parts, the TTP investigation found pangolin trafficking is taking place in plain sight on the platform. 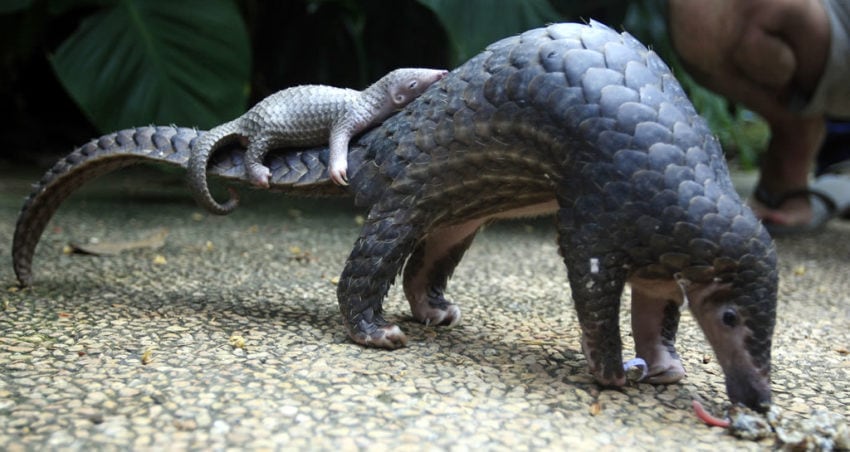 Original photo as published by Campaign for Accountability. Scaly, ant-eating pangolins are at risk of extinction—and being studied as a potential coronavirus host. But the animals are still available for sale on Facebook.

CfA Executive Director Daniel E. Stevens said, “Poachers and their dealers should not be able to openly sell illegally trafficked pangolins on Facebook and its platforms. Facebook claims that it prohibits the sale of endangered or threatened animals on its platforms, but pangolins are easily available for anyone who searches for the animal. This is yet another example of Facebook failing to enforce its own rules across its platform.”

TTP identified a number of Facebook pages that offer pangolins, including one entitled “Pangolin Scales for Sale in Vietnam” and another called “Rhino Horns And Pangolin scales For sale In China.” Vietnam and China are two of the biggest markets for pangolin products. Pangolin scales are coveted for traditional Chinese medicine, and its meat is consumed in China and Vietnam as well as in parts of Africa. Pangolin skin is also made into leather. Facebook took down at least one of the pages after a reporter from BuzzFeed, who had been given access to the findings by TTP, asked Facebook for comment.

Notably, in March 2018, Facebook joined the Coalition to End Wildlife Trafficking Online, which established a goal of reducing wildlife trafficking on tech platforms by 80 percent by 2020. Tech companies that joined the coalition agreed to implement user awareness tools on their platforms. TTP, however, did not encounter any of these measures during its review of these pages.

Mr. Stevens continued, “Facebook has publicly committed to stopping the trafficking of endangered animals, yet it has completely failed to abide by its commitment. At a time when the pangolin is being studied as a potential intermediate coronavirus host, Facebook is failing to police its platform for the buying and selling of this vulnerable animal. Facebook’s broken promises are continuing to haunt the well-being of the world.”

Campaign for Accountability is a nonpartisan, nonprofit watchdog organization that uses research, litigation, and aggressive communications to expose misconduct and malfeasance in public life and hold those who act at the expense of the public good accountable for their actions.