By NewsroomMarch 25, 2021Law & legislation
No Comments 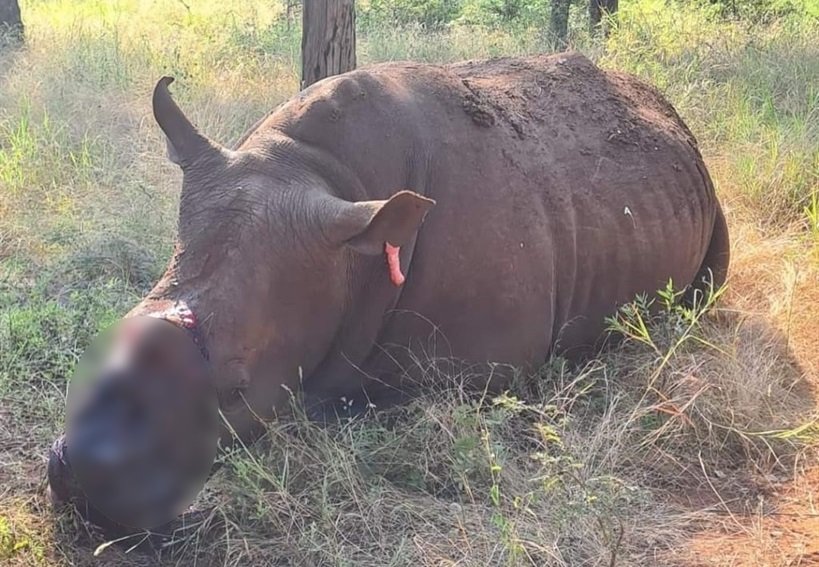 Three rhinos were attacked in an alleged poaching incident with one of the rhinos dehorned. Image: As originally published by News24.

Two people were denied bail by the Namakgale Magistrate’s Court in Limpopo following their arrest on rhino poaching charges at the weekend.

They face charges of illegal hunting after they were arrested in Gravelotte outside Phalaborwa on Saturday. They were allegedly found in possession of a rifle silencer and rhino horn.

“The police received information that the faint sound of a gunshot was heard on a game farm in the area on Saturday. A snap operation comprising the police and members of the Farm Watch was immediately conducted in the area,” police spokesperson Brigadier Motlafela Mojapelo said.

A vehicle with four occupants was stopped while travelling along a gravel road at around 19:00. Two of the occupants fled into bushes and police found the rhino horn and the silencer in the vehicle. The vehicle was seized.

“A further probe led to the discovery of the carcasses [of two calves] and an adult rhino. The adult rhino had already been dehorned,” added Mojapelo.

Thabane Luka Manganyi and Adrian Maila were denied bail on Wednesday when they appeared in the Namakgale Magistrate’s Court. They will appear in the Gravelotte Periodical Court on Wednesday.