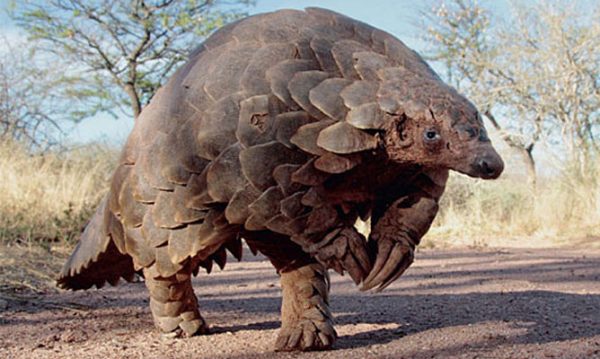 Picture of a pangolin for representation. Image: As originally published by NewsDay.

The offence attracts a mandatory sentence of nine years in jail.

Zimbabwe Parks and Wildlife Management Authority spokesperson Tinashe Farawo yesterday said the two had since appeared in court and had been jailed.

Farawo said pangolins are endangered species in the country, adding that they needed to be protected.

“Two men were arrested for wildlife trafficking and were given mandatory sentences. People should know that pangolins are specially protected species and are most trafficked mammals,” Farawo said.

“Therefore, anyone caught in possession of pangolins will face a mandatory jail term.

“Police will not hesitate to enforce the law without fear or favour,” he said.

Farawo said anti-poaching awareness campaigns were being carried out throughout the country.

“Pangolins are believed to possess an array of medicines which is a cultural propaganda that needs to be dealt with.

“These campaigns educate the communities that there are no scientific qualifications that have supported this cultural belief that has justified the poaching and trafficking of these animals,” he said.

“We kindly implore members of the public not to enter the national parks as they risk getting killed,” Banda said.