By NewsroomMarch 3, 2020Anti-poaching
No Comments

LIMPOPO: Andries Mathebula (49) and Shadrack Zitha (42) were each convicted on charges of charges of poaching, unlawful possession of firearms and ammunition and removing the horns from rhino carcass and sentenced to a collective 37 years imprisonment by the Mankweng Regional Court last week.

Police Spokesperson, Brig Motlafla Mojapelo say the duo were arrested in by the Provincial Stocktheft and Endagered Species Unit in Westenburg outside Polokwane during September 2015 after they were found to be in possession of unlawful firearms and ammunition and an axe. 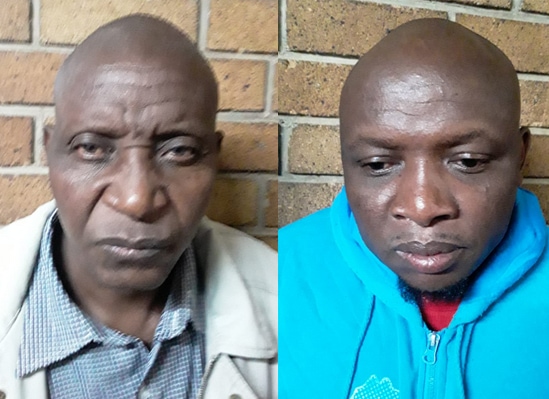 Further investigations positively linked the recovered axe to a rhino poaching incident on a farm in the Hoedspruit area earlier the month. On the day people patrolling the farm discovered a white rhino carcass. The rhino was de-horned and the case was assigned to Det Sgt Ramaoka from the Provincial Stocktheft and Endangered Species Unit whose hard work led to the conviction of the the accused.

Count 1 and 2 in both sentences will run concurrently. The two accused were further declared unfit to possess a firearm.

The Provincial Police Commissioner, Lt Genl Nneke Ledwaba, said these hefty sentences should serve as a deterrent to all poachers. “They should know that the police are determined to rid this province of the incidents of poaching,” Ledwaba concluded.