By NewsroomSeptember 16, 2019Uncategorized
No Comments

Two of the four people charged with possession and dealing in rhino horns at Otjiwarongo have been denied bail in the town’s magistrate’s court.

Magistrate Karel Muyeghu denied 33-year-old Roberto Ipinge and 28-year-old Daniel Hango bail when both brought their applications before him on Wednesday. 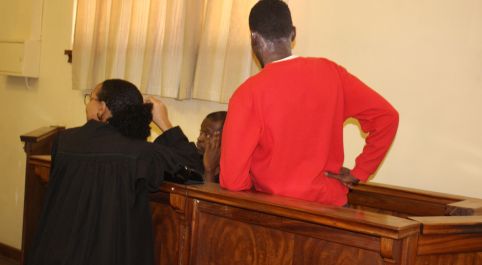 He said granting the two accused persons bail will not be in interests of the public or administration of justice. Both men were arrested alongside Timotheus Kazera and Gideon Gao-Naseb last month near the Otjozondjupa Regional Council office in Otjiwarongo, on suspicion of possessing a rhino horn, and three-unlicensed firearms and ammunition.

Magistrate Muyeghu postponed their case to 30 September for further police investigations. Both accused persons have been remanded in custody at the Otjiwarongo Police holding cells.

Ipinge is an employee of an electricity supply company at Otjiwarongo, and Hango is a contract worker with the Namibian Government in Windhoek.

Their co-accused have not applied for bail as yet.