By NewsroomNovember 15, 2021Communities, Conservation
No Comments 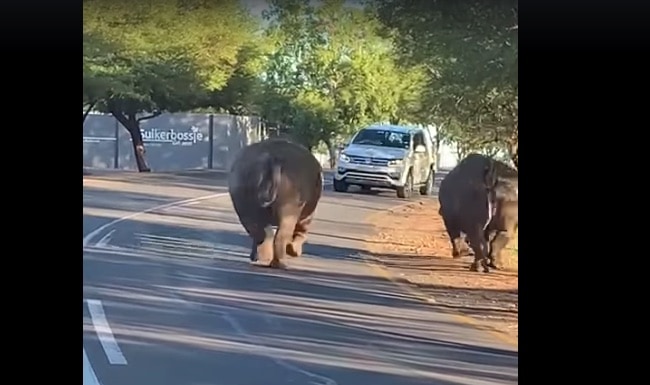 On Tuesday, November 9, two rhinos named Shaka and Shakira caught Mzansi’s attention following a video that went viral of the duo taking an early morning stroll in the streets of Bloemfontein after apparently escaping the local wildlife centre.

The rhinos belong to a local wildlife estate that did not want to be named as a precaution of rhino poaching, reports IOL. The owner was notified at 6am and he and his team searched for the rhinos.

According to Briefly, these famous giants escaped after workers left a gate open during construction. The rhinos were enjoying their lovely walk for approximately 20 minutes before they were apprehended.

The animals were not darted, but guided back to the reserve. No major incidents or damage were reported. The two rhinos are now safely back at home under 24-hour protection.

Footage of their 20-minute adventure that South Africa can’t get enough of has since gone viral!