By NewsroomMarch 17, 2020Anti-poaching, Science and technology
No Comments

Two suspected rhino poachers have been killed in a shootout at the Hluhluwe-Imfolozi Park, KwaZulu-Natal Environmental Affairs MEC Nomusa Dube-Ncube said on Sunday. 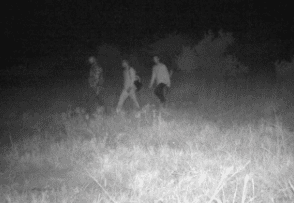 She said that “courageous field staff, who work in dangerous conditions”, encountered three armed suspected rhino poachers on the night of 6 March.

Dube-Ncube added that 28 rhinos had already been killed at the park this year.

“Two of the suspects were fatally wounded and died at the scene, while one suspect managed to escape. One heavy calibre hunting rifle, as well as knives, commonly used to remove rhino horns, were recovered at the scene by the South African Police Service.”

Dube-Ncube said one of the men who was killed was a well-known high-level rhino poacher. He had been charged with the illegal possession of rhino horns in 2017.

She said he was suspected of coordinating groups of Mpumalanga poachers to target Hluhluwe-iMfolozi Park.

Technology Comes to the Rescue

Dube-Ncube lauded the use of drone technology to combat poachers. She said it was part of a long-term strategy aimed at protecting the rhino population.

“We have decided to invest in Smart Park connectivity and the integration of systems to ensure early detection and rapid response. One of the key instruments being used is the installation of infrared trap cameras linked directly to the Parks Operational Centre.”

She said the cameras used artificial intelligence (AI) to identify people and sent an immediate alert to an operations centre which activated reaction units.

“On the night of 6 March an infrared camera detected three armed poaching suspects, and automatically alerted the operations centre, providing number of persons, grid reference and direction of the incursion.”

They were then located in the area and “challenged”, Dube-Ncube said.

“The reaction unit members who came under immediate threat defended themselves, which resulted in the two suspects being mortally wounded.”

She added that figures had shown that money earned in the illicit animal trade was more than $10bn.

“Such illegal activities have resulted in the loss of biodiversity and destruction of the ecosystem. Despite these alarming figures, we wish to commend communities that are working with us to fight rhino poaching.”