By NewsroomJanuary 28, 2020Law & legislation
No Comments

Trophy hunting is a deeply controversial topic and the consequences of ending the practice appear largely unknown.

On 25 January 2020, the UK government closed its public consultation on whether to ban trophy imports into the country.

Those opposed to an outright ban argue that until and unless better alternatives are implemented, vast wild spaces currently allocated to hunting will be lost to agriculture.

As the UK government recognises: ‘Some conservationists believe that trophy hunting can be an effective conservation tool, supporting local livelihoods and attracting revenues for other conservation activities.”

Consequently, it has called for evidence to inform the process. The evidence suggests that ethical, economic and ecological problems with trophy hunting warrant a trophy import ban. 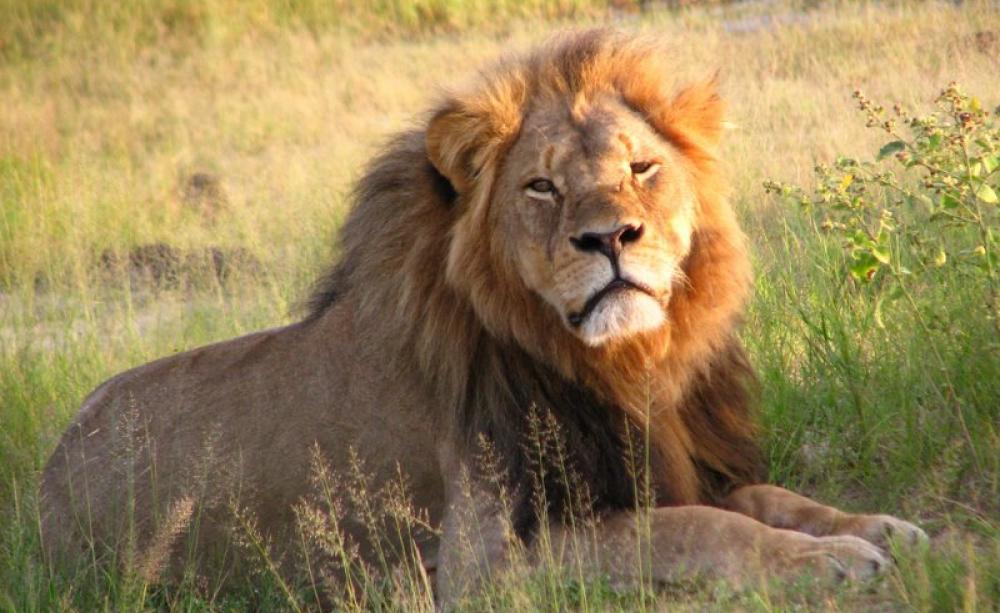 Original photo as published by Ecologist.

According to Batavia and her co-authors, trophy hunting “involves a hunter paying a fee to kill an animal and subsequently retain some or all of the animal’s body as a ‘trophy’.”

They argue that “the consequentialist argument misses the core concern we seek to raise, namely, that collecting bodies or body parts as ‘trophies’ is an ethically inappropriate way to interact with individual animals, regardless of the beneficial outcomes that do or do not follow.”

Many well-meaning conservationists get themselves into a muddle through a fear of unknown consequences (say, job losses) but nonetheless try to justify an inherently unethical act on consequentialist grounds. Unfortunately, the conversation often snowballs into name calling and irreversible positioning.

Opponents of trophy hunting are labelled as ‘animal rightists’, meant as some kind of insult.

Those defending it as a ‘necessary evil’ hold up science as an antidote to ‘emotion’ and suggest that the inherent moral repugnance should be overlooked for the sake of wilderness landscape preservation.

Justifying the practice on consequentialist grounds – that the ends justify the means – is inadequate. A satirical letter in Science – responding to a letter arguing that trophy hunting supports biodiversity preservation – shows that consequentialist reasoning, logically extended, would justify fortress conservation and green militarisation, which few people would support.

Appeals to potential consequences are inadequate foundations on which to build an ethical argument. The guiding imperative – ‘what would society be like if everyone pursued action x?’ – is useful only if you have a very precise empirical idea of the answer.

Even then, reliable prediction of a good outcome may nonetheless be insufficient for establishing whether an act is morally acceptable in itself. And in the trophy hunting case, it is empirically unclear.

If everyone hunted elephants for their tusks, there would be none left, a ‘moral bad’. However, subject to the monetary constraint – only a few can afford it – the outcomes may be different.

Under proper governance (an elusive construct), only ‘surplus’ males are selected as trophies and the money supports local communities in ways that are currently irreplaceable, creating a ‘moral good’. But there are too many assumptions in the latter that do not materialise in reality.

Ecologically, for instance, there is no such thing as a ‘surplus’ male elephant. As Lucy Taylor and her collaborators write: “We show that male elephants increased their energetic allocation into reproduction with age as the probability of reproductive success increases.

“Given that older male elephants tend to be both the target of legal trophy hunting and illegal poaching, man‐made interference could drive fundamental changes in elephant reproductive tactics.” Furthermore, because trophy hunting selects the biggest and the best animals, it undermines the genetic health of those populations.

Removal of the biggest tuskers is simultaneously the removal of the most reproductively successful bulls. Moreover, female herd leaders don’t like younger bulls, who go into premature musth in the absence of older bulls and behave inappropriately.

Stressing this core institution through selective removal of the last big tuskers strongly suggests that hunters are more dedicated to extracting trophies than to supporting conservation. They simply cannot have it both ways.

African lions are not as complex as elephants but taking out pride males (because why would you select a very old male as a ‘trophy’?) is an ecological disaster, as the incoming male often kills the dead male’s cubs to establish his dominance. Fewer than 32,000 of these apex predators are left in the wild.

A recent paper shows, however, that a three-year moratorium on trophy hunting in South Luangwa National Park in Zambia resulted in a 17.1 and 14 percentage point increase in survival in subadult and adult male populations respectively. “The data show that the moratorium was effective at growing the Luangwa lion population and increasing the number of adult males.” Not surprising.

Economically, alternative activities to trophy hunting are likely to trump the potential value of hunting without the damaging ecological effects. The evidence also increasingly suggests that trophy hunting does not pay its way.

Regarding jobs, ecotourism is more labour-absorptive and provides better quality jobs for longer seasons than hunting. While it’s clear that not every hectare currently under hunting can simply be transformed overnight into high-end tourism, there are alternatives that are workable in many areas.

Completely marginal or unfeasible areas that are critical to ensuring ecological functionality through maintaining migration corridors, for instance, should be appropriately subsidised by other means.

Academic work from South Africa estimates that 21 million hectares are accounted for by about 9,000 hunting ranches, which in turn support roughly 17,000 jobs. Other work shows that non-consumptive tourism accounts for 90,000 jobs.

Assuming that the ecotourism jobs are derived predominantly from protected areas and some private nature reserves, the labour absorption rate could be as high as 0.009 per hectare. Therefore, if hunting land were converted to non-consumptive tourism, as many as 193,000 jobs could presumably be created (11-fold more than hunting), especially if some of those fragmented hunting zones were joined up through appropriate ecological corridors.

Appealing to (unknown) consequences is, clearly, too risky an altar on which to sacrifice inherent morality, especially if the practice creates a ‘moral bad’.

Whether your epistemological starting point is that we are obligated to steward the planet well or that we should never kill sentient and intelligent (let alone self-aware beings), it is very difficult to see how trophy hunting can be ethically justified.

Defending the practice through an appeal to science is dangerous, as it disingenuously pits science against morality.

The resultant scientism (not science) misunderstands that an integrative approach to conservation is ethically and scientifically preferable to an aggregative one.

Science and ethics are ultimately not in conflict. The ethical, economic and ecological arguments against trophy hunting – especially of keystone herbivores and apex predators – are weighty. The consequentialist counter-arguments make too many assumptions to warrant a practice with extreme tail risks. It is, therefore, high time that trophy imports into the UK are banned. Ultimately, the practice of trophy hunting itself should also be abandoned.

Ross Harvey is a freelance economist who works with The Conservation Action Trust and the EMS Foundation in South Africa.