By NewsroomAugust 31, 2021Wildlife Trade
No Comments 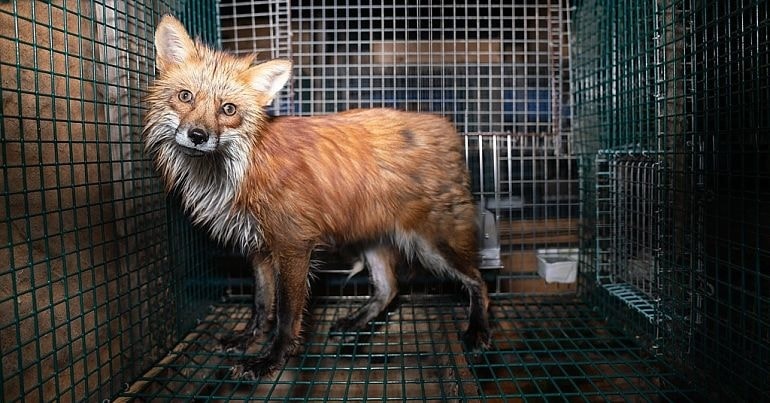 The UN has come under pressure to take wildlife trade seriously. Image: As originally published by The Canary.

The UN Convention on Biological Diversity (CBD) is engaged in a critical meeting between 23 August and 3 September. During the days-long session, the body is doing advance preparations for the Global Biodiversity Framework (GBF). The world is currently in the midst of an extinction crisis, so the framework will essentially establish the global plan to turn this travesty around.

The CBD has already released its first draft of the framework. But a number of NGOs have raised concerns over the weak language in the draft in relation to the wildlife trade. They are calling for the body to strengthen its ambitions in this regard for the sake of people and the planet.

The framework will be a central focus in the upcoming UN Biodiversity Conference (COP15). That event was meant to happen in China in October, ahead of the UN Climate Conference (COP26) in November. But the UN has delayed the event. Part of it will now take place virtually in October, with the face-to-face meeting moved to Spring 2022.

As the Global Environment Facility’s chief pointed out, the post-2020 GBF is essentially a chance for global leaders to commit to a “new deal for biodiversity”. He argued that it’s their “shot to halt and reverse the losses that threaten both nature and human life”.

By 2020, political leaders had failed to fully meet any of the biodiversity goals they set back in 2010. So, starting strong in terms of setting clear and comprehensive targets that leave little room for interpretation is key to trying to avoid another botched job on biodiversity – one that the world can ill afford in the face of the extinction crisis.

But – according to a group of NGOs that includes Born Free, the Center for Biological Diversity, the Environmental Investigation Agency, Fondation Franz Weber, and more – there are already issues with the framework. Namely, the groups say that the GBF action target relating to the trade and use of wild species needs strengthening. Currently, that target reads: “Ensure that the harvesting, trade and use of wild species is sustainable, legal, and safe for human health.”

In an informal paper on the issue, the groups argue that this target: “lacks the ambition necessary to address the problem of overexploitation as a direct driver of biodiversity loss”

As The Canary previously reported, one study investigated the impact of trade in 133 land-based species on their population abundances. It found that trading at an international and national level had huge impacts on their populations, with declines of 65.8% and 76.3% respectively.

The groups say that the exploitation and trading of wildlife – whether legal or illegal – can threaten biodiversity and the health of humans and other animals. So they’re all calling for the text to be changed to: “Ensure that all exploitation, trade and use of wild species is ecologically and biologically sustainable; legal and effectively regulated and enforced; and poses no risk of pathogen spillover to humans, wildlife, or other animals.”

The groups point out that over 60% of emerging infectious diseases are zoonotic, i.e., they pass to humans from other animals. 70% of these zoonotic diseases from wild animals. Although the exact origin of coronavirus (Covid-19) is as yet unknown, many suspect it originated in the wildlife trade. As such, the paper argues that “a business-as-usual scenario” will “lead to more frequent epidemics and pandemics”.

The paper also calls for the UN to embed the precautionary principle into the target. This principle dictates that when concerns arise that something is dangerous to the environment or lifeforms but scientific evidence is inconclusive, decision-makers should err on the side of caution.

The groups further argue that unless a trade meets all requirements, meaning it “is demonstrably sustainable, legal, and presents zero risk to human or animal health”, authorities should eliminate it. Moreover, they say any remaining domestic or international trade that does meet that standard should be “effectively regulated and enforced”. Authorities should also ensure that trade: “provides measurable benefits including nutrition, food security, livelihoods, and cultural values to Indigenous Peoples and local communities.”

The groups additionally call for a textual change to another target relating to indigenous and local peoples, which aims to introduce protections for them to benefit from wildlife.

The biodiversity crisis is a human-led disaster. Threats to the essential and rapidly disappearing diversity of life on earth include the climate crisis, pollution, and destruction of wild spaces. Despite this, as the paper points out, the global wildlife trade “has expanded significantly in the past decades and is continuing to increase”. At the same time, it says there’s been “an alarming deterioration in the conservation status of many commercially traded wild species”.

In short, if the UN is serious about reversing the catastrophic decline in biodiversity, it must forcefully address – and limit – the trade in wild species alongside tackling the other threats.