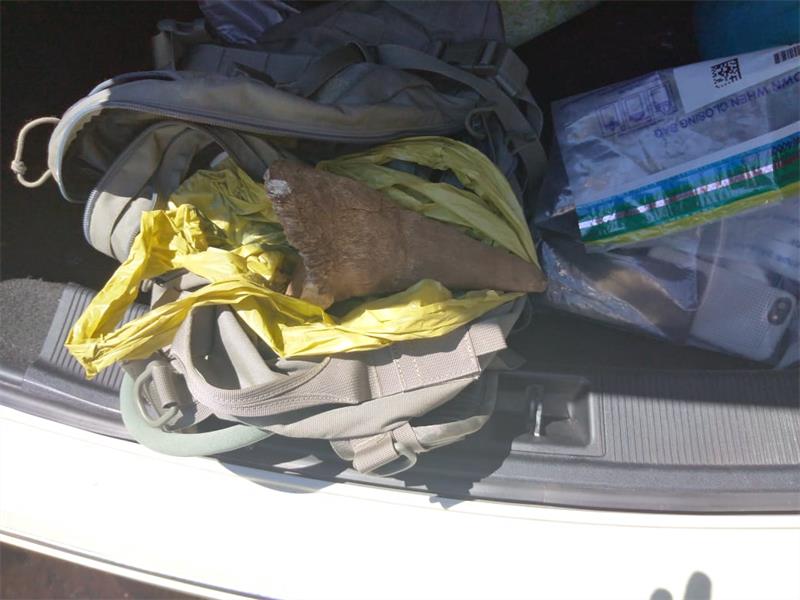 The rhino horn was seized from the two men in Benoni. Image: As originally published by Benoni City Times.

The two men who were recently arrested for illegal possession of a rhino horn were granted bail of R20 000 at the Johannesburg Magistrate’s Court on March 9.

Their bail condition was they needed to report to the nearest police station every Monday to Friday.

The case was remanded to March 31 for further investigations.

The duo was caught transporting a rhino horn on March 1 in Lionel Street, Inglethorpe AH.

“Police intercepted the positively identified suspects’ luxury vehicle on the street and recovered a sizeable rhino horn concealed in a plastic bag inside the car’s boot,” said Mulamu.

“The vehicle was confiscated and the matter was referred to the Hawks’ Serious Organised Crime Investigation Unit in Germiston for further investigation.”